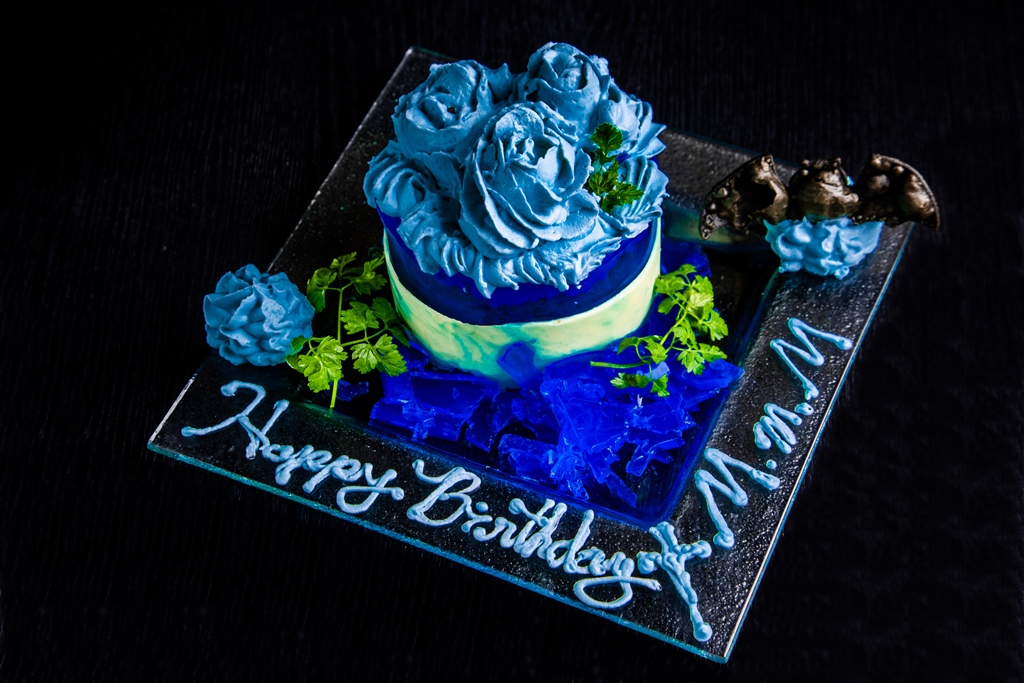 Ginza Restaurant VAMPIRE CAFE, operated by Diamond Dining Co., Ltd., a consolidated subsidiary of DD Holdings Co., Ltd., is a Gothic brand developed by Tanakuro Corporation, Moi-même-Moitié. As a final season of the collaboration project commemorating the 20th anniversary of the establishment, a limited time menu will be available from Thursday, January 2, 2020 to Tuesday, March 31, 2020. 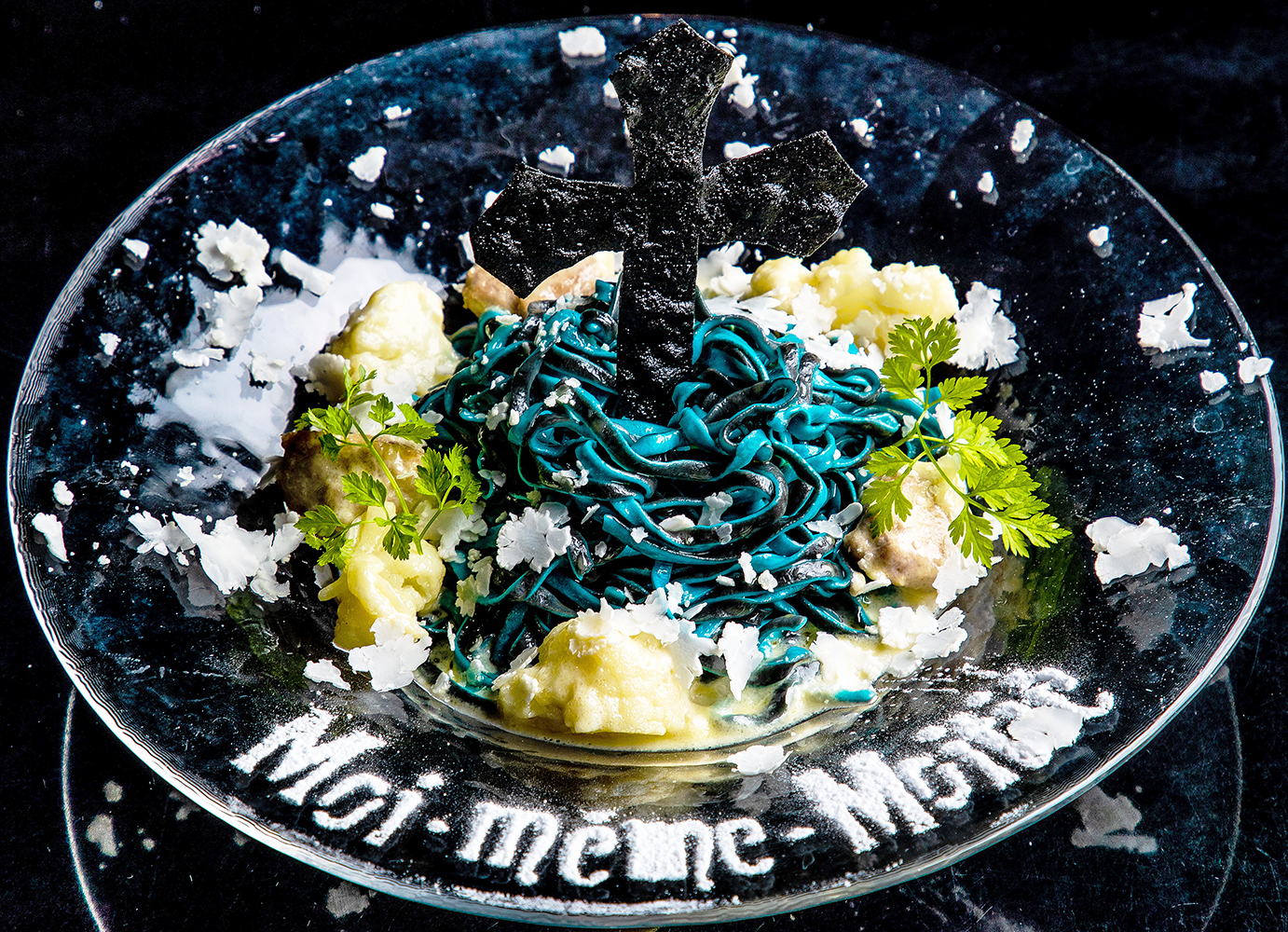 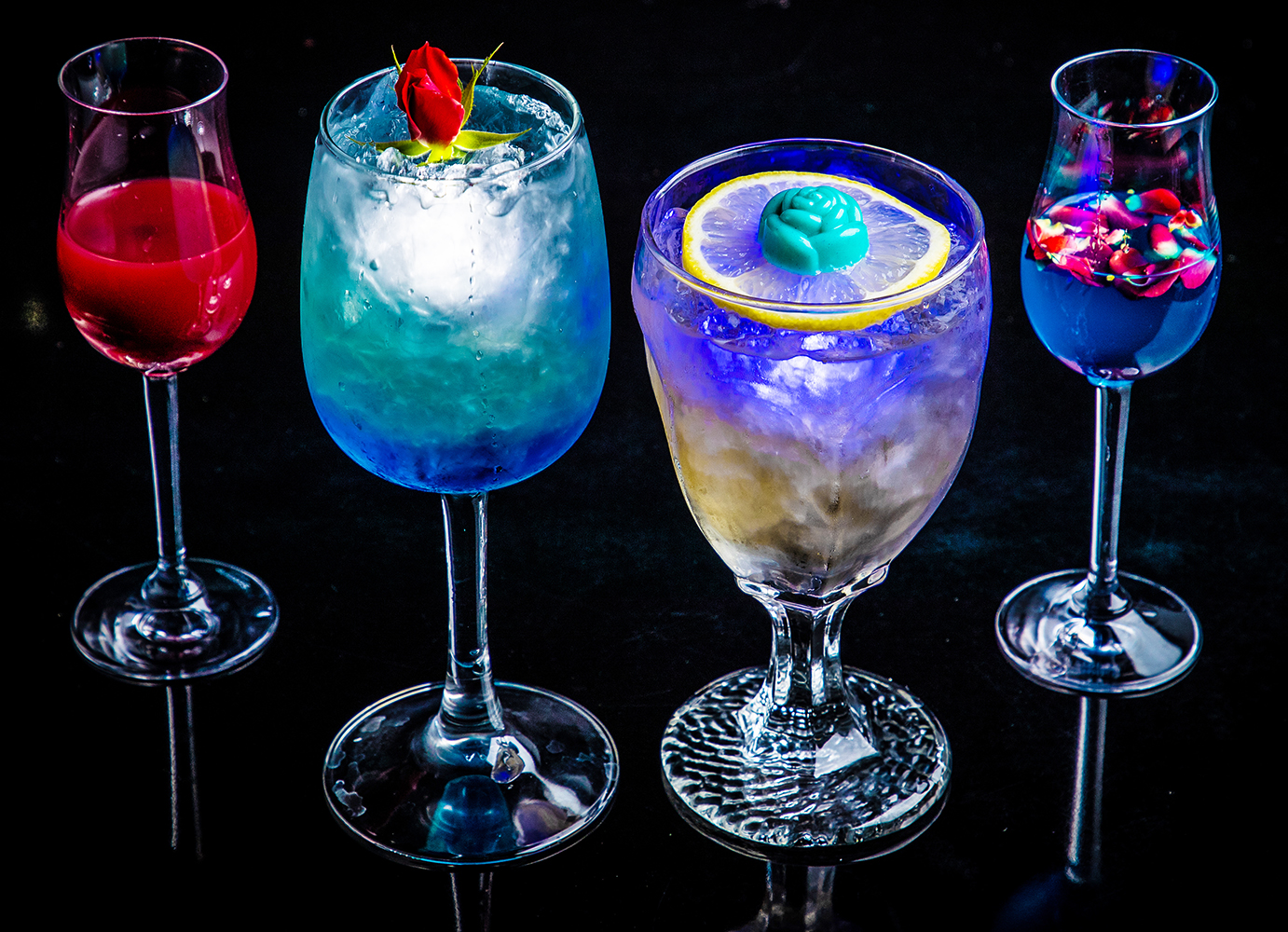 Vampire cafe revived in Ginza, Tokyo " VAMPIRE CAFE ".
The rare artist Mana, who is called the owner of this museum, Count Earl Rose-VAMPIRE ROSE- and Charisma.
Mana-produced " Moi-même- Moitié " has celebrated the 20th anniversary of its brand, and a special collaboration has finally entered the final season! 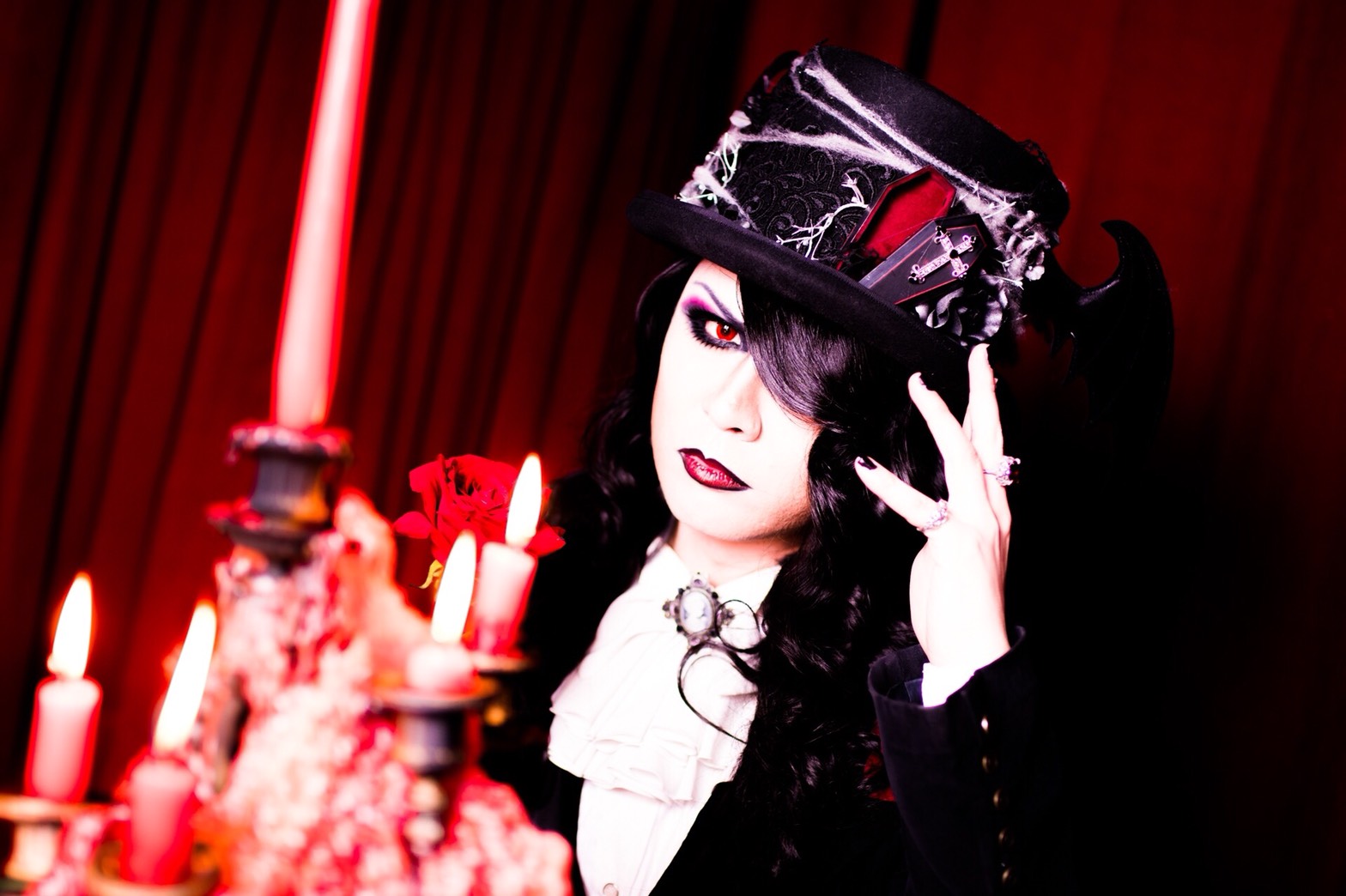 Inspired by this fashion brand with mysterious beauty, Earl Rose, who is renowned as a “gourmet gourmet”, directs the dark cook who serves the palace, and sometimes the only dish he has developed. Original cocktails now count the same 20 as the anniversary year.
In the meantime, the year and the year of the year are ticking 2020, and it seems to be a special year in this world where this hall exists, and the hall is already a sign of bustling … Book a party early. 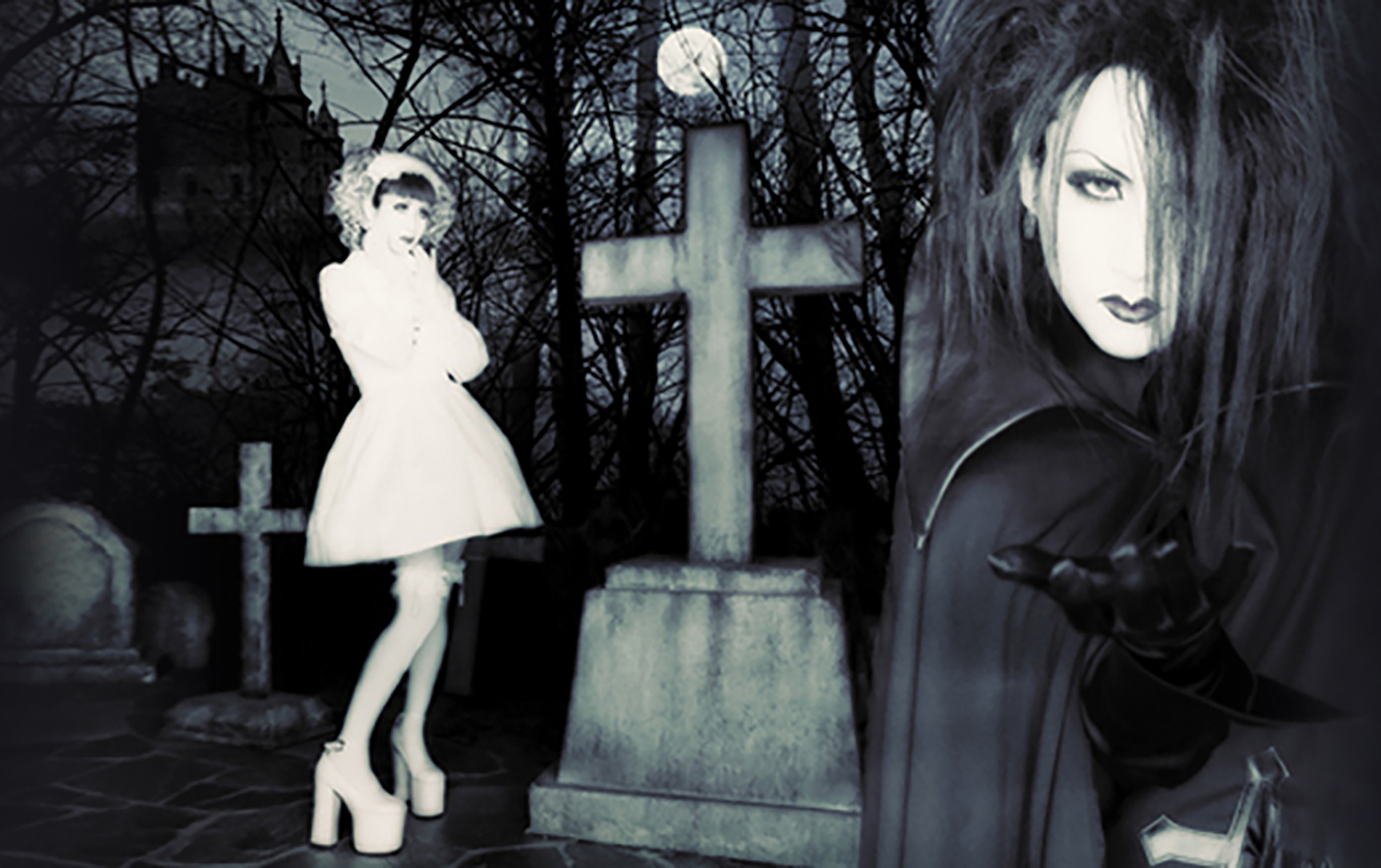 Gothic brand established in 1999 by guitarist Mana of MALICE MIZER / Moi dixmois. It is popular with many users as a representative brand of Lolita fashion with decadent elements that use motif designs such as crosses, roses, and crowns in colors that are mainly black and blue. The brand has two lines that express feminine EGL (elegant Gothic Lolita) and medieval EGA (elegant Gothic Aristocrat).

Reminiscences of the abominable darkness crucified with the Holy Spirit standing in the forest-Two-color hand-made pasta Salsiccia and cauliflower spicy cream sauce- 1,620 yen 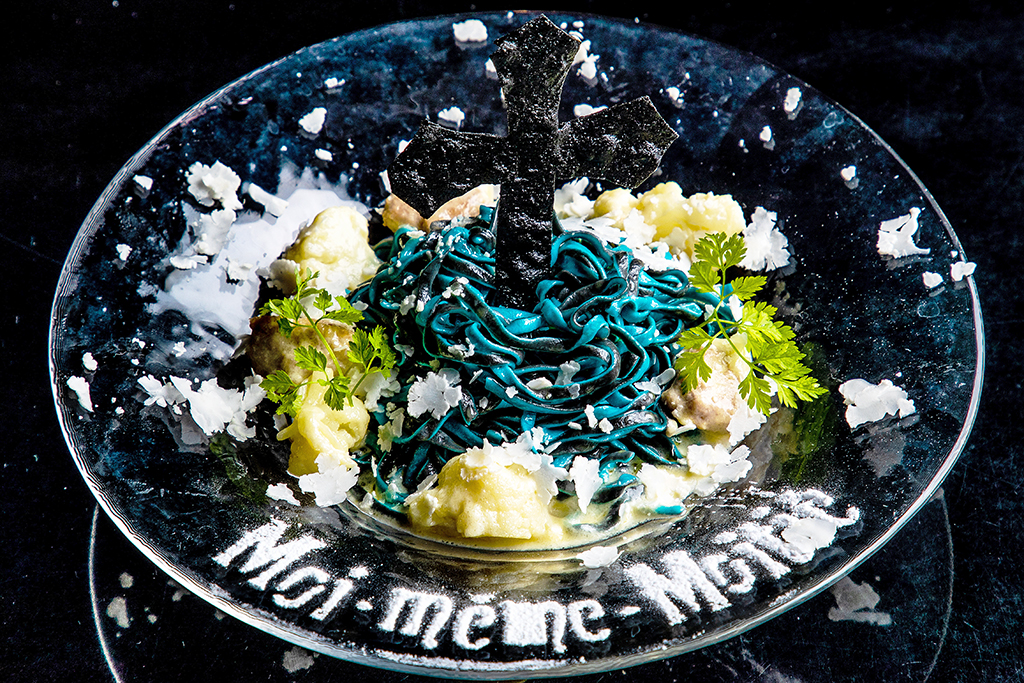 Pasta of this building which had a reputation for its deliciousness from the beginning. The chef of the museum, who became more confident in its popularity, secretly hit raw pasta. Wrapping the brand color blue × black noodles is a source of mysterious taste using spices such as cardamom and cumin … but the leaked word is just a word of "delicious".

This beautiful cake, which literally added flowers to the anniversary year, has only two months to go. The blooming blue rose is made of whipped cream with modest sweetness, and the jelly that shines blue around it is made of lemon jelly with a refreshing acidity spreading in the mouth. Don't miss the last opportunity to encounter the miracle flower = Blue Rose itself.

Astarot The dark angel kisses the lips of a rose ※ Alcohol 1,280 yen 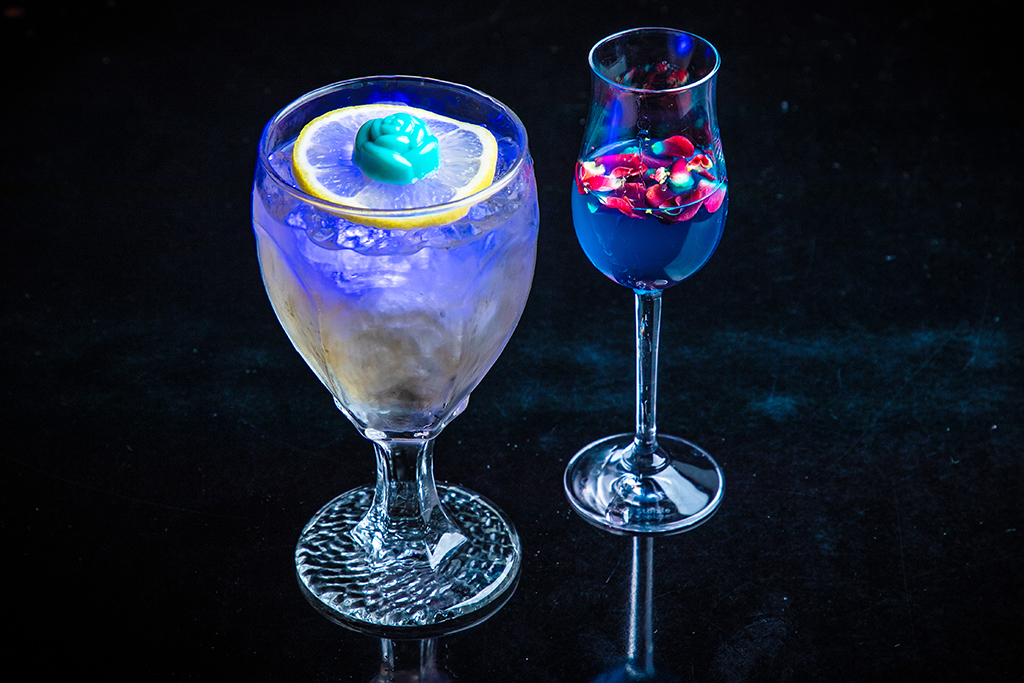 The earl himself develops beautiful original cocktails that can be used as a toast and as a culinary partner. This season, we finished the whiskey-based ginger ale with a bit of cool, mature look. Pour blue curacao with small rose petals luxuriously floating for an even more unknown taste. 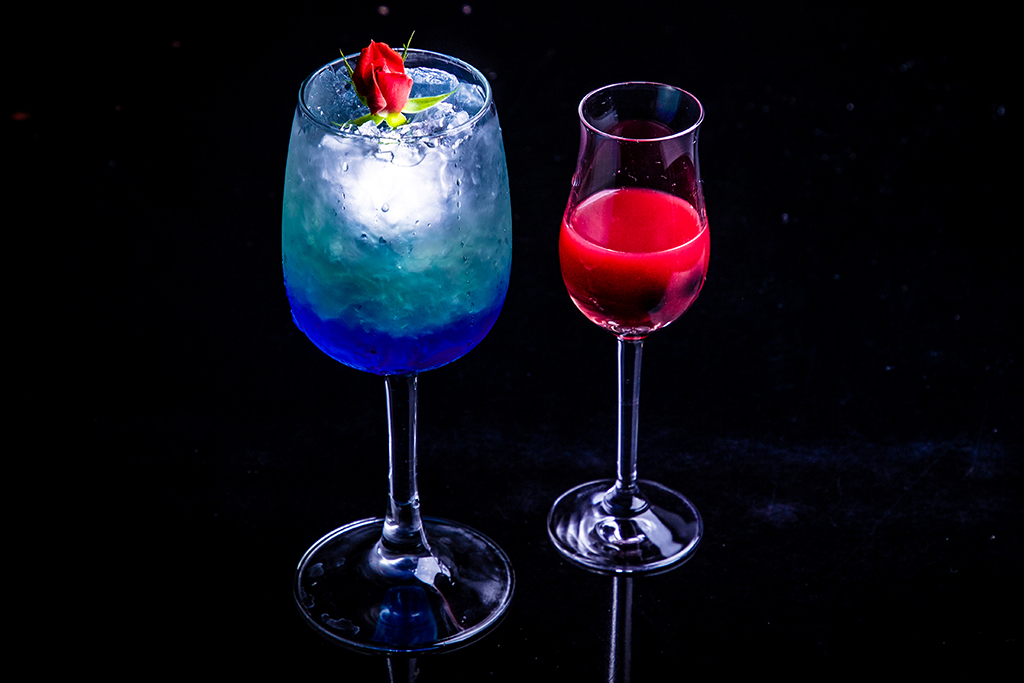 Beside the fresh and fruity flavored glass of apple juice, various berries, and lemon weave along with a reddish and shining red blood, like a maiden's blood that vampires can't stop seeking. A refreshing non-alcoholic cocktail that is perfect for refreshing between dishes.

In any case, those who dive through the door of this building will not be able to resist the charm of the grand menu of the magic book "Vampire Cafe". One of the many dishes listed here that matches the miraculous collaboration menu tonight, but what is the right dish of Earl's Choice?

A ceremony of resurrection that evokes the darkness ~ Caesar salad of salmon and avocado ~ 1,180 yen

In front of exotic pasta that you have never experienced before, a salad that is proud of the museum. When delivered to the table, the vegetables in the bowl are apparently dying for some reason. The vegetables will be revived freshly by the spells that serve the guest and the Count and serve the demons. 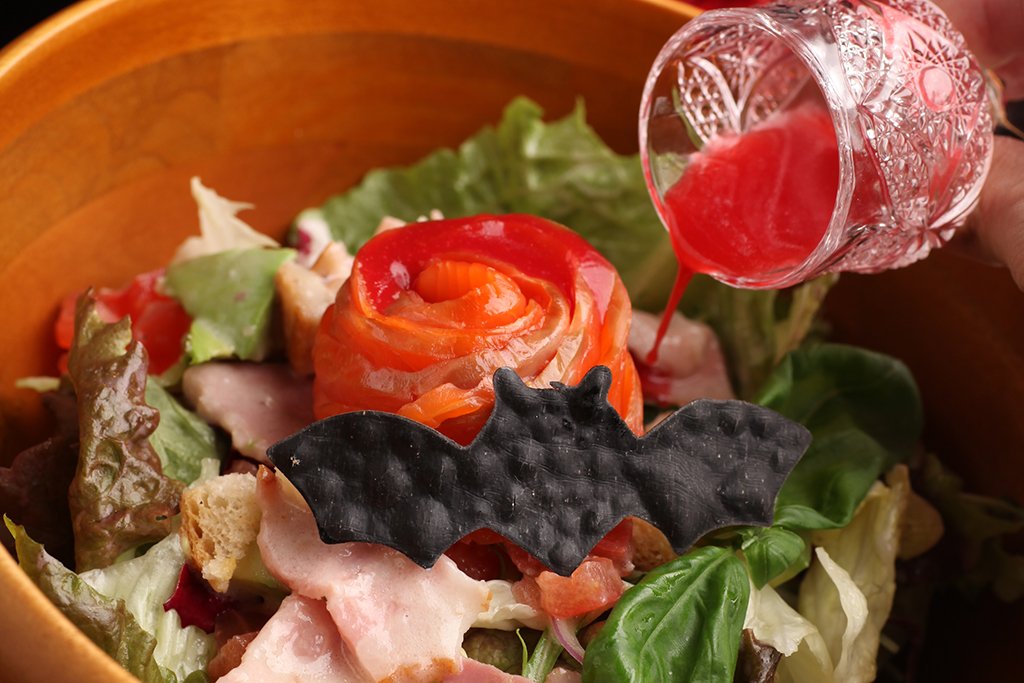 After the ceremony reaches its climax, pour the reddish Rhamboise sauce like blood and gently turn the roses of smoked salmon, bats will fly down from somewhere, and the complete salad of Makai original is completed. It's like a Caesar salad in the human world that you know well, but something different, a strangely attracted delicious salad.

A candle flame that shimmers in dim darkness. A terrible but beautiful search that resounds eerily from somewhere …
The building, which is under the control of the Earl as a vampire's residence, is full of mysterious charm, and you will forget that this is a corner of the Ginza building.
As you approach the front space with the “Magic Cross” embedded, you will be surrounded by a red velvet curtain and a corridor where red blood cells emerge. The hall where the coffin sits in the center appears before passing through …! The bat chandelier shines red and greets guests. 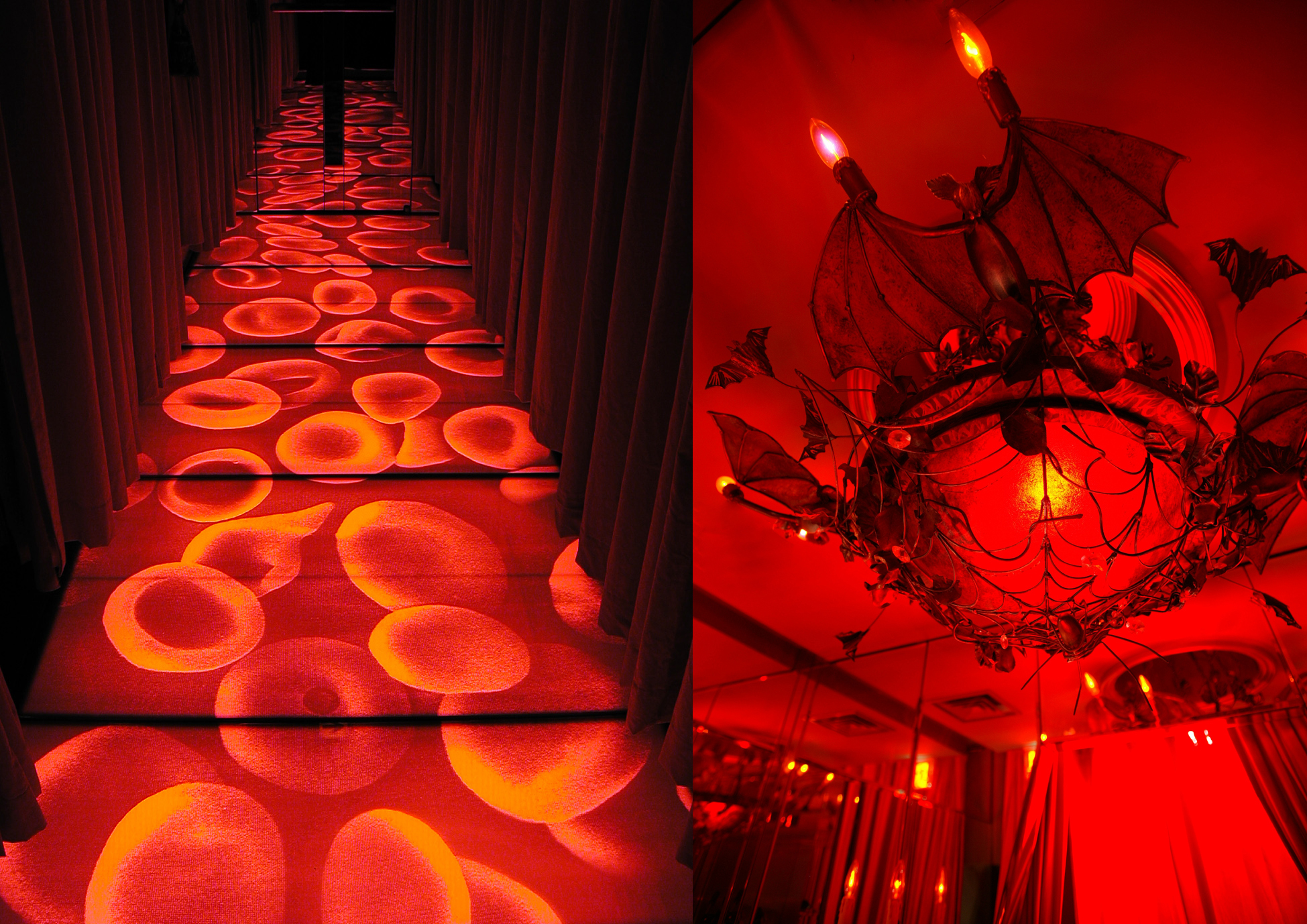 If you accidentally move in another direction, it will be taken into the “black jet ritual”. Please be careful in the hall to follow the “guidance” of the inhabitants of the demons and below.

<Space> A total of 81 seats 壇 Altar of St. Giorgius <br /> VIP seats overlooking the hall from a higher place.
The feeling of a private room separated by thin curtains is especially recommended for 3-6 girls and women. 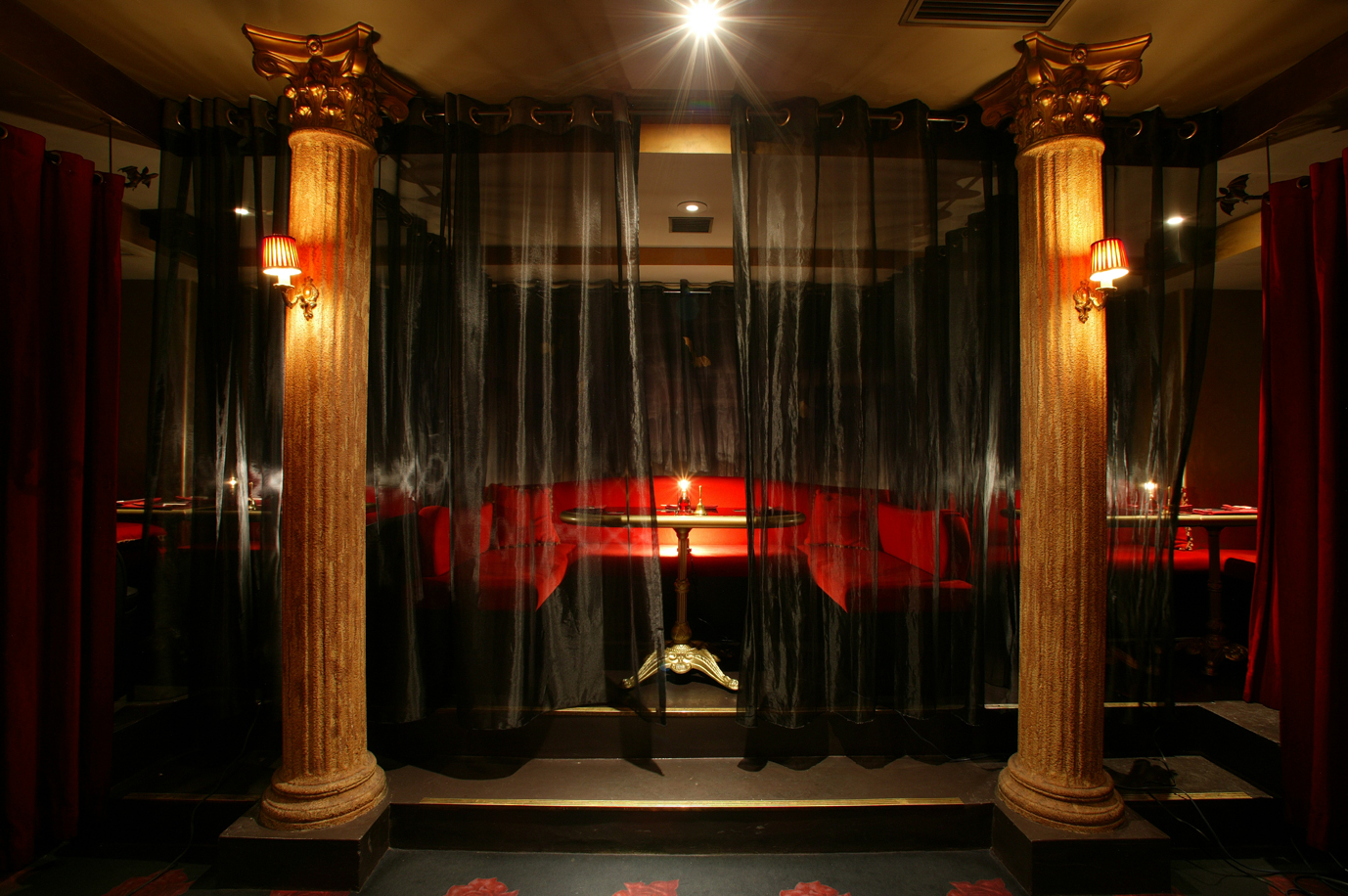 ◆ Victim's room <br /> An L-shaped sheet separated by a thick red velvet curtain.
When you want to get closer to that person … 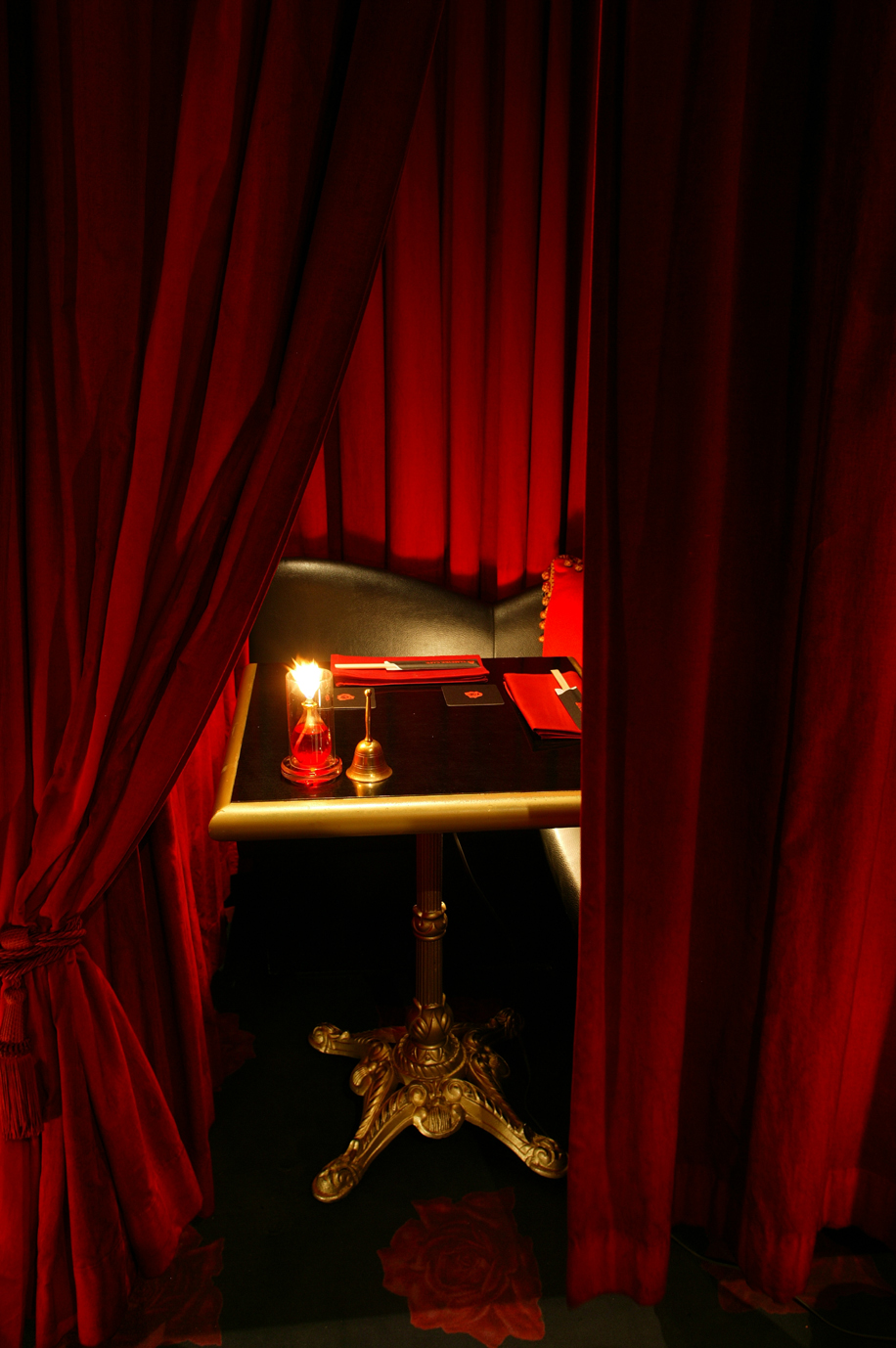 ◆ Between coffins <br /> Table seats in the main hall of the museum.
Supper under the suspicious glowing bat chandelier is full of atmosphere. 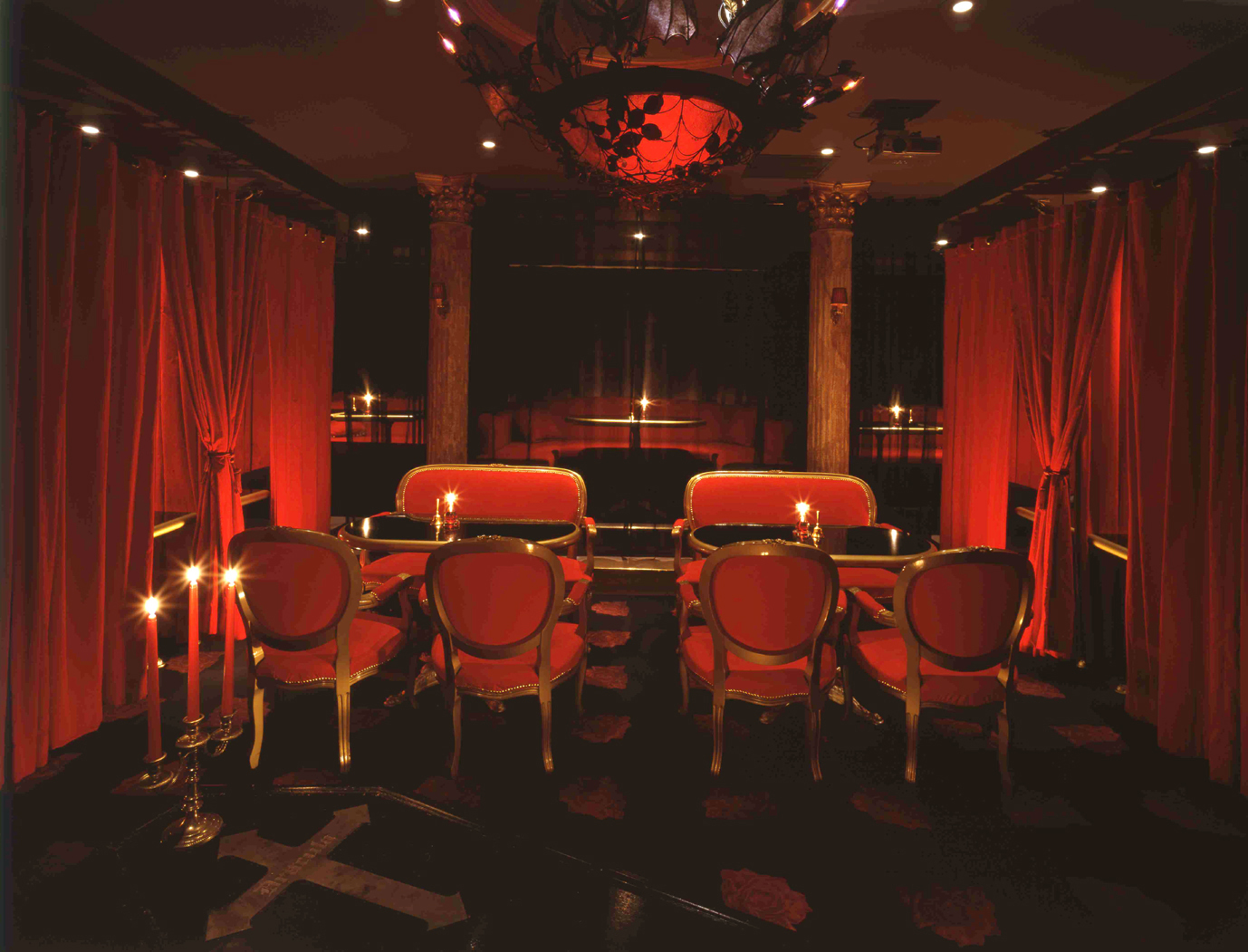 ◆ During the jet-black ceremony <br /> A space surrounded by jet-black walls as dominated by the dark night.
The floor can be reserved for up to 20 people, so it is perfect for the party scene. 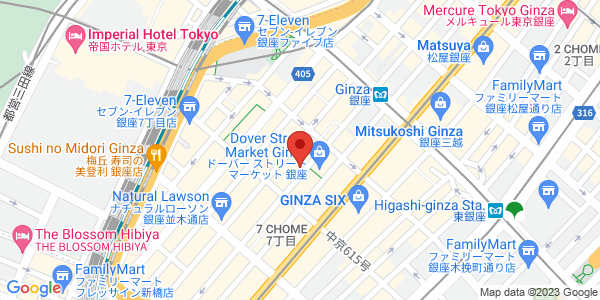