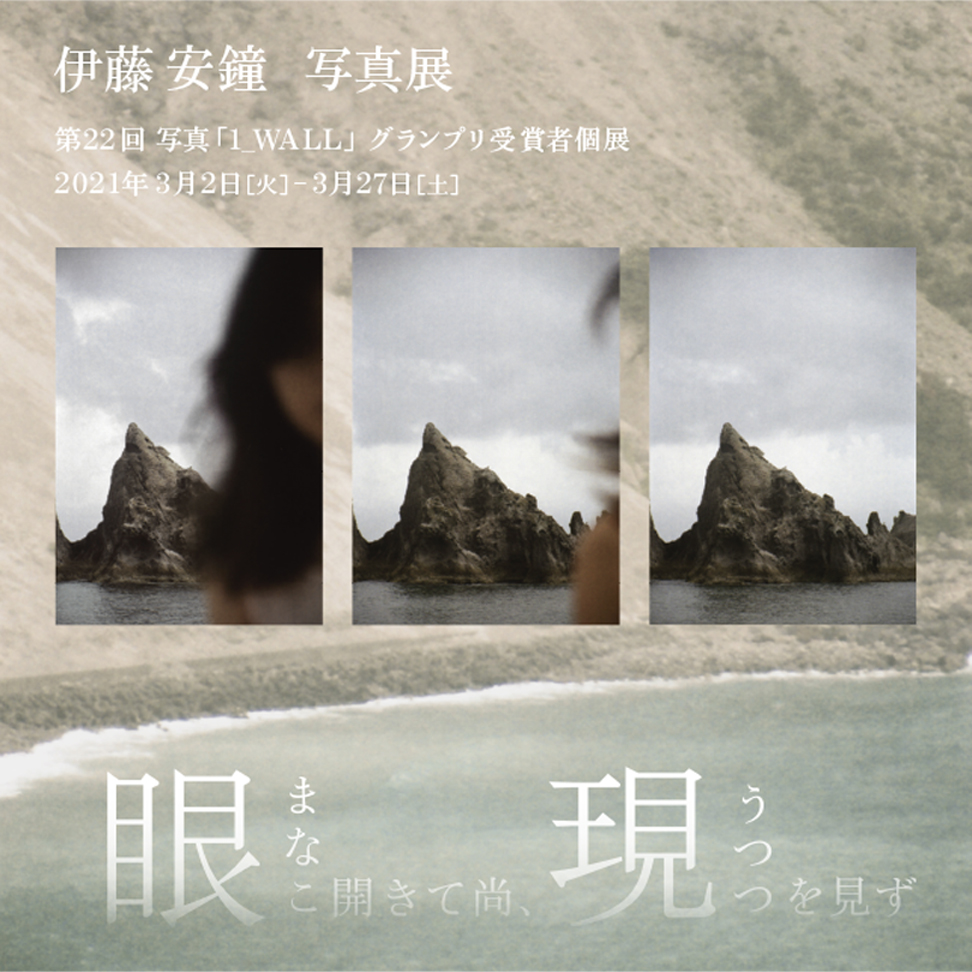 A live talk event with photographer Rika Noguchi will be broadcast on Wednesday, March 10th! 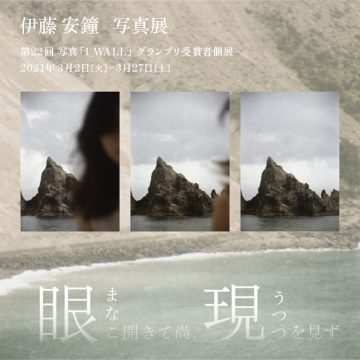 Please cooperate in measuring body temperature, disinfecting hands and wearing a mask at the entrance of the gallery. Please secure a social distance of 2m between visitors and refrain from visiting if you have symptoms such as fever of 37.5 ° C or higher, cough / sore throat, and general malaise. Admission may be restricted if there are a large number of visitors.

Yasushi Ito won the 22nd photo "1_WALL" Grand Prix for his work "Utopia Journey at the End of the Week", which he shot on the weekend in search of his ideal hometown. Focusing on self-portraits and landscape photography, the work depicts an existing place as if it were an unreal world. Through the exhibition, the story of "I" searching for an utopia and meeting another "I" waiting there. Will expand. The judges appreciated the ability to compose an exhibition that expresses the world he envisions from a third-party perspective, and the ability to combine elements such as weekend photography and self-portraits with themes.

Ito points the camera at the real world, such as the desolate land, the surface of the water that reflects the sunlight, and the plants that flutter in the wind, and then shoots the utopia that he envisions. It can be said to be an attempt to visually clarify the world inside the consciousness that can only be seen by oneself through photographs.

In the solo exhibition, I will express through my work the world that I saw deeply in the utopia that I found. In addition to photographs, different techniques such as new works combined with images and paintings will be incorporated into the exhibition to represent the world Ito draws from various angles. Please take a look at the solo exhibition about a year after the award.

The photograph of Yasushi Ito recaptures the instant (simple and immediate) nature of a camera, which was born with the birth of a portable camera. The anonymous, stateless landscape she shoots looks like it was shot somewhere other than modern Japan, or on another planet. But as the title of her series "End of the Week Utopian Journey" shows, she brings the endless "end" spectacle of the world to her modest "weekend". I was taking pictures.

Utopia or Atopia (= non-place), which is not anywhere, is actually photographed in the suburbs or suburbs of the Kanto region. You don't need any terrestrial tools, equipment, or CG to shoot extraterrestrial science fiction scenes. If you need a subject, you can be the subject. If you need two people there, you can overlay the two photos.

Her photographs are pierced by these instant qualities, and she ponders what the camera's instantness really was. In that sense, Ito's photographs include Tarkovsky, who shot the sequence of "Planet Solaris" on the Tokyo capital highway, and "Alphaville," which shot the actual location in the city of Paris within the framework of a science fiction movie. Like Godard, there is a resolute attitude towards the question of how to represent a non-existent place.

In fact, such a scene is a truly out-of-place place. In that way the camera allows us to leap from reality and create a utopia in front of us.

When I was young, I could still see hallucinations even when I opened my eyes.

Cheese that imitated the shape of a candy that I liked at the time was rolling on the back of my father who was sleeping next to me, and twelve zodiac animals were fluttering and walking overhead. I thought that even my mother wouldn't believe me even if I talked about this, so I didn't tell anyone, but the illusion was so unstable that it seemed to disappear if I didn't keep my concentration. (Thanks to the fact that I absolutely wanted to remember it, it is now written like this.)

And how certain is the memory of such reality?
How far will it be a reality?
At one point, I encountered a landscape that was very similar to what I had dreamed of, and I couldn't tell which was the reality.
I felt like I was in a distortion.
Our brains aren't really good and can't be repaired perfectly.
The days in my memory fade away.

Most people in the world want to keep the scenery in front of them, or take pictures as a record, but I want to keep it as another world. In short, I want to take a picture of the unconsciously created world as mentioned above.

I am the only one who can see this scenery.
Then you should leave it before it disappears from your memory. 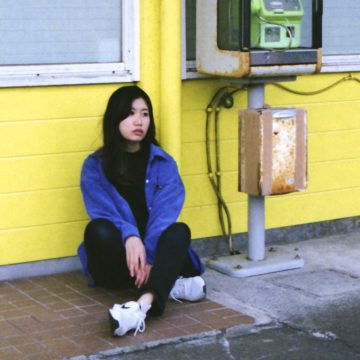 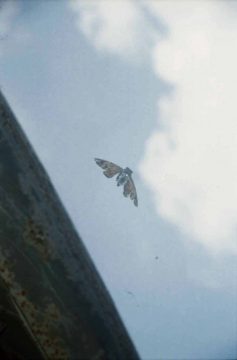 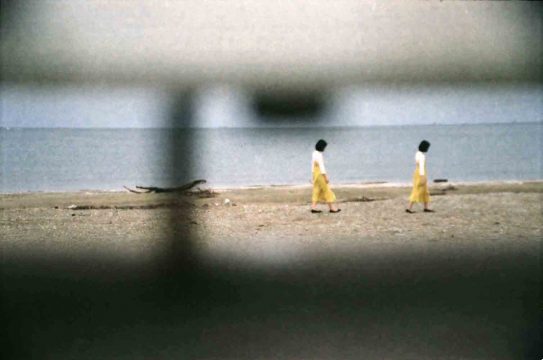 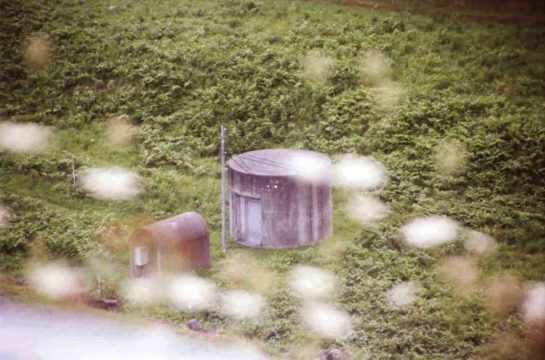 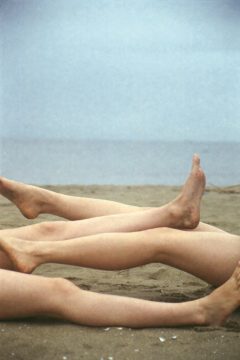 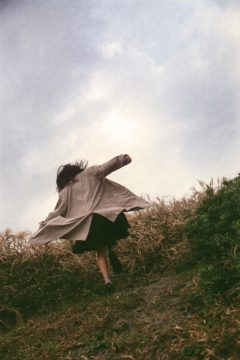 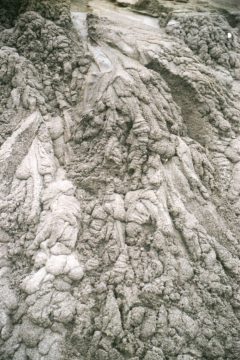 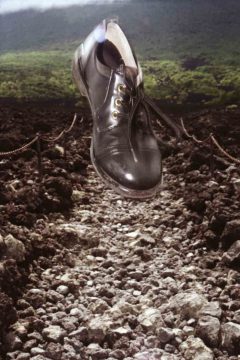 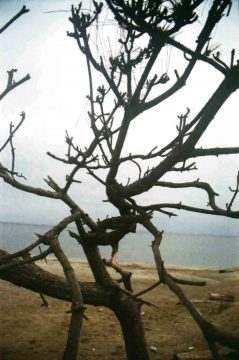