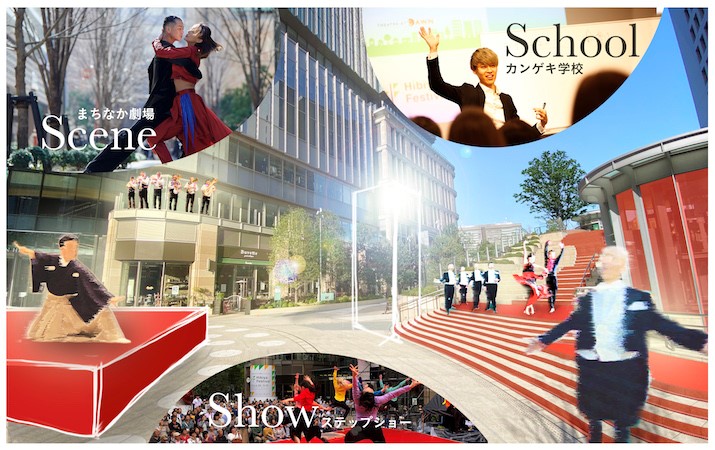 Hibiya / Ginza area theater festival that has mobilized more than 3 million people in the past two times This year, Hibiya / Ginza will disseminate the appeal of theater to the world through a real x online hybrid.

Since its opening on March 29, 2018, Tokyo Midtown Hibiya has been promoting the dissemination of art and cultural information in Hibiya in collaboration with nearby theaters and movie theaters.

The "Hibiya Festival", a theater festival that has been held since 2018 as an event unique to Japan's Broadway "Hibiya" and has mobilized more than 3 million people in the past two times, is a free musical in the open air along with the greenery and nature of the city. , A theater festival where you can enjoy performance stages such as Japanese dance, opera, and dance.

This year, which was decided to be held for the first time in two years as the third time , in addition to the "Step Show", a showcase of performing arts and traditional performing arts that Japan is proud of, the "Machinaka Theater" where various places in the city will be staged, a first-class lecturer・ The lineup is full of highlights, such as the implementation of "Kangeki School" by entertainers.

This year, in addition to managing the audience seats to prevent the spread of the new coronavirus infection, online venues (website platform, YouTube distribution, etc.) will be available so that many people who cannot visit the real venue can enjoy the festival. The content is also substantial.

It's an 18-day period where entertainment will energize the world, and the heat closed in the theater will be released to the outside, and the city will be dyed in theater.

Various performances were held last time, and the performances of the popular step show have been further enhanced. Entertainment professionals of various genres such as traditional performing arts such as Japanese dance, musicals of popular theaters in Hibiya, ballroom dance and opera will gather at Step Square. This year, we will use three stage areas properly according to the performance, and you can enjoy the three-dimensional production unique to this place. In an open-air space, you can enjoy a showcase of authentic traditional performing arts and performing arts. 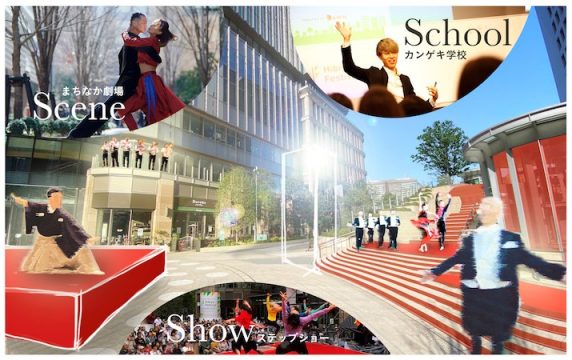 State of the stage in Step Plaza (image)

[Opera] "Aladdin and the Magic Song" Mini Concert (Nissay Theater)
We will deliver a part of the "classical concert with a story" presented by the songs, plays and live performances of the orchestra that will be performed at the Nissay Theater in July. Aladdin and Lamp Spirit of "Aladdin and the Magic Lamp" have appeared, and from the opera "Turandot", "Nobody should sleep", "From flower to flower" of the opera "Tsubakihime", etc. Introducing Aria in a play style. Cast: Hideki Matayoshi (Aladdin / Tenor) Makoto Okada (Lamp Spirit) Keiko Takata (Pianist) Other dates: May 2 (Sun)

From the 2018 performance Photo: Koshi Saegusa 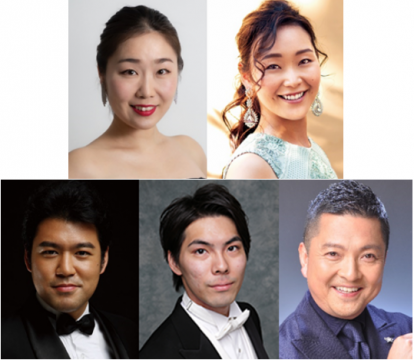 [Japanese Dance] "Japanese Dance Neo-Hibiya Fes. Special Edition-" (Shochiku-Japan Dance Association)
Suddenly in 2020, Japanese dancers lost many opportunities to dance on the stage, and in the uncertain future, "Japanese dance Neo" was created, which jumped out of the theater space. We will send the charm of the new Japanese dance from the city of Hibiya.
This time, the video work "Groundwater Fire Fengku And Dance" starring Murasaki Fujima (Sawako Kuronuma), who was named in 2021, and directed by Kikunosuke Onoe, will be shown for the first time in real life as a special edition of Hibiya Fes.
Koshiro Matsumoto and Kikunosuke will appear in the talk! Cast: Murasaki Fujima, Hidee Hanayagi, Sasako Hanayagi, etc. Talk guests: Kikunosuke Onoe, Koshiro Matsumoto Date: May 3 (Monday / holiday) 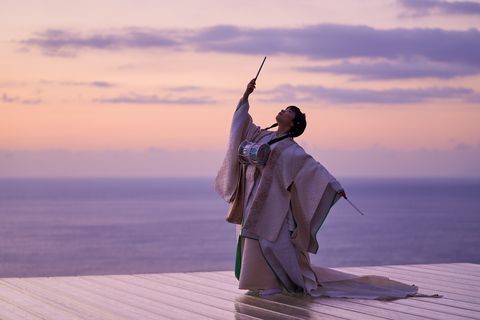 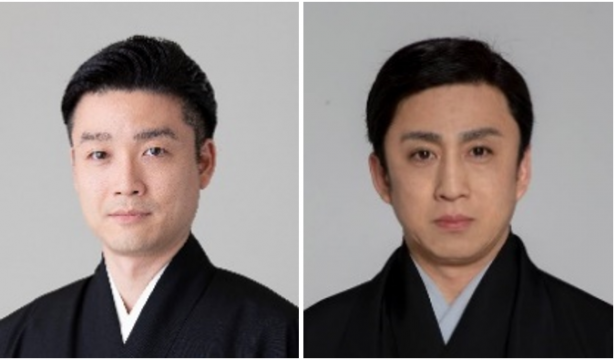 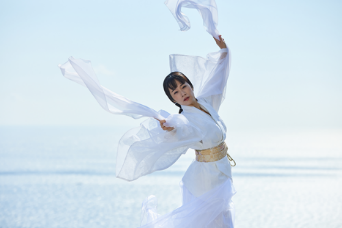 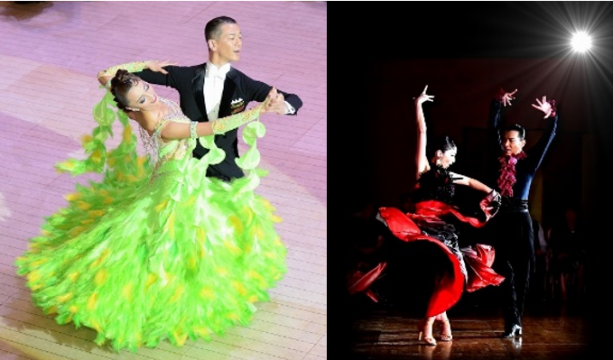 [Musical] Musical Theater Special Concert (tentative)
The music of the Ongakuza musical is composed of songs and dances centered on the high vegetables that won the Agency for Cultural Affairs Art Festival Award (Newcomer Award in the theater category) last year. Please enjoy the stage of the musical company, which has created and staged original musicals from Japan for over 30 years. Date: May 4th (Tuesday / holiday) 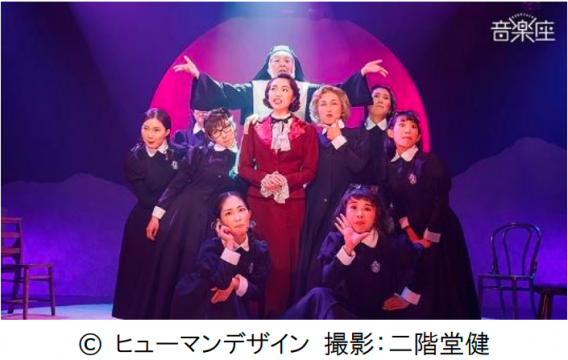 [Opera] THE LEGEND
"The Legend" is an opera singer unit with only male voices that stands out in the classical vocal world.
We will deliver a three-dimensional and overwhelming stage of a male opera singer who makes full use of the reliable vocal technique "bel canto singing method" prepared in Italy in a concert format. 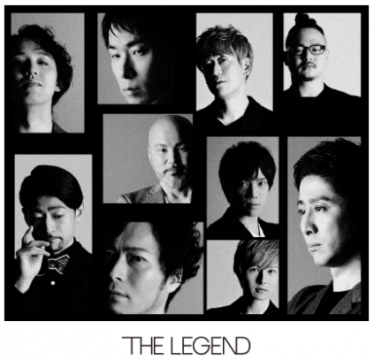 [Dance] "Let's Ball! Vol.3 Let's dance on the planet! (Hirosaki Uran and his friends on the planet)
"Let's Bar!" Enjoys outdoor dance with everyone at the place where Rokumeikan was located with the theme of a ball. This time, it embodies the "festival of a certain planet"! Let's dance the world of "Hinata and Tsuki no Hime" to be performed at the Nissei Theater this summer, with a scenic and magnificent live performance and Noh dance, a dance performance that invites you to a story! 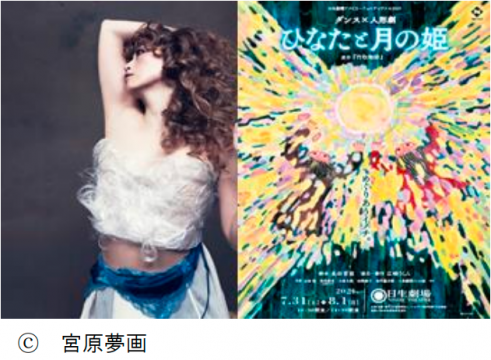 This year, performers will jump out into the city of Hibiya, not to mention Tokyo Midtown Hibiya, and various places will be transformed into theaters!
You can experience entertainment while walking around the city. 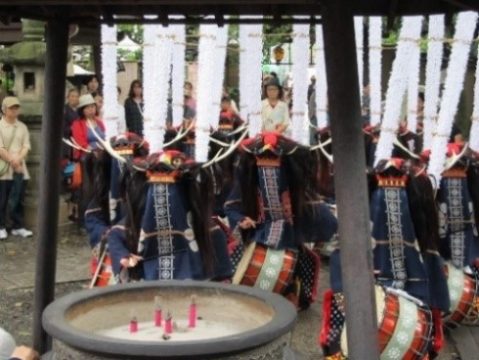 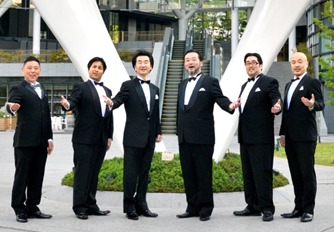 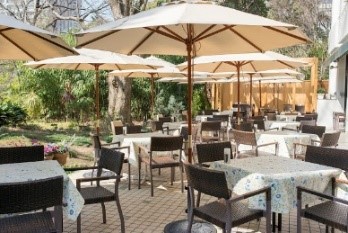 A new program with new discoveries in entertainment has been opened in workshops and talk sessions in fields that both adults and children have never touched! Lecturers who are active on the front lines of various industries will give lectures that stimulate sensibilities.

[Theatre] Musical open space <br /> This year, "Musical open space" by artists and creators who have continued to light the stage entertainment lights both in theaters and online. Enjoy singing and talking!

Planning and production: Theater at Dawn 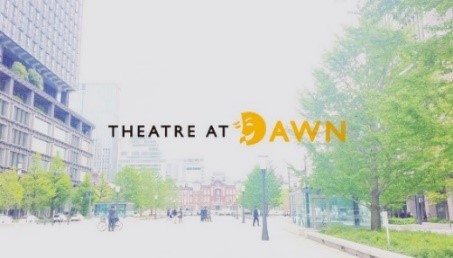 [Sword fight] SAMURAI Dojo
In 2012, "Tetsuro Shimaguchi" was founded by samurai artist Tetsuro Shimaguchi. Dojos are being developed mainly in Japan, Italy and the Czech Republic.
A unique samurai method that anyone of all ages and genders can enjoy, starting with gratitude and learning communication through time! 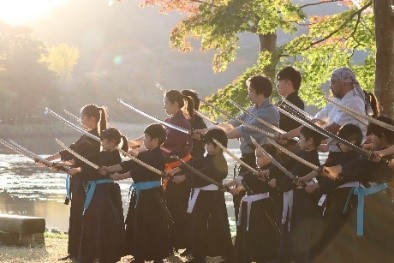 <New!>
Bringing Japan's proud entertainment to the world at the online venue "Hibiya Fes Channel"!
As the first initiative of the "Hibiya Festival", we will launch an online venue. Starting April 21st (Wednesday), we will continue to deliver online-only content that delivers the charm of performing arts with expressions that are different from the performances that are held at real venues. The online version of the step show will feature five types of traditional performing arts (Noh, musical, dance, opera, and Japanese dance) in various locations in Hibiya and Ginza, delivering content unique to video that cannot be performed in real life. In addition, there are many contents that you can enjoy at home, such as backstage tours of theaters in the Hibiya / Ginza area and vocal music lectures, where you can feel the charm of entertainment.

Details will be announced on April 21st (Wednesday)!

* All credits will be scheduled. * Please see the website for details (2021 official site will be released on 3/26 (Friday))
URL: https://www.hibiya.tokyo-midtown.com/hibiya-festival/

Implementation of measures against the new coronavirus at this event <br /> The event is being implemented with efforts to secure admission restrictions and social distance.
The staff at the venue will do the following:

For more information on measures against the new coronavirus in Tokyo Midtown Hibiya, please see the website below.
https://www.hibiya.tokyo-midtown.com/jp/news/4997/

Contribution of Mitsui Fudosan Group to SDGs <br /> The Mitsui Fudosan Group is based on the principles of "coexistence and coexistence," "connection of diverse values," and "realization of a sustainable society." Aiming for a prosperous society, we are promoting business promotion that is conscious of environment (E), society (S), and governance (G), that is, ESG management. By further accelerating the ESG management of the Group, we believe that we can greatly contribute to the realization of "Society 5.0" advocated by the Government of Japan and the achievement of "SDGs".

* The efforts of this release contribute to two goals in the SDGs (Sustainable Development Goals).
https://www.mitsuifudosan.co.jp/corporate/esg_csr/