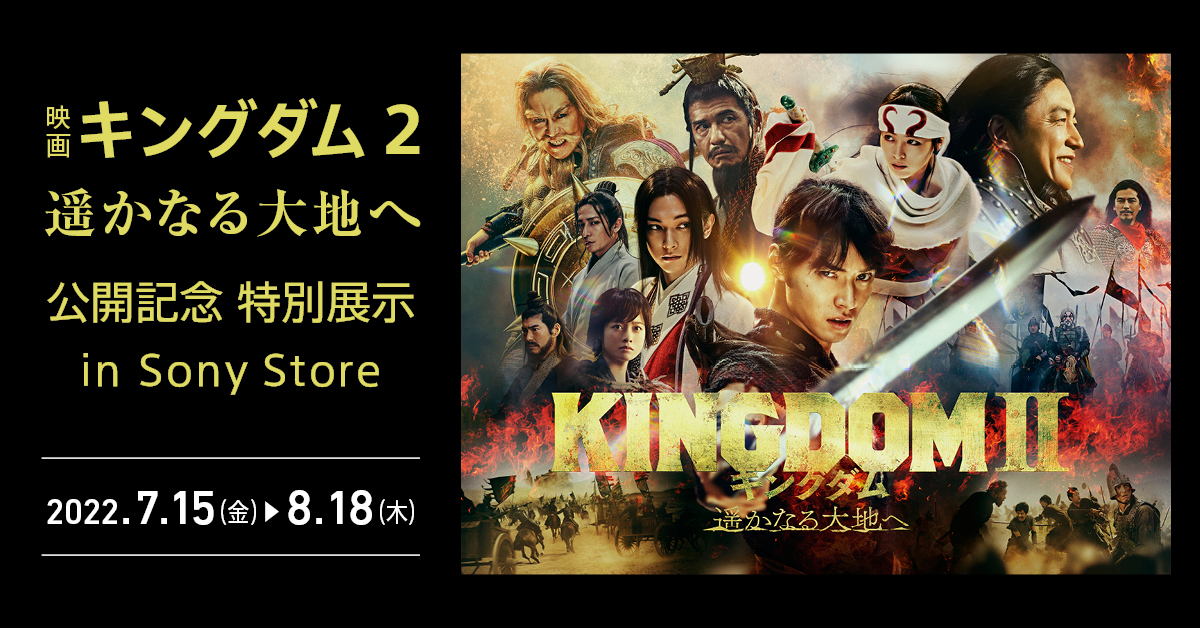 -Change the contents of the exhibition and expand to Sony Store Sapporo, Nagoya, Osaka, Fukuoka Tenjin-

A special exhibition will be held at the Sony Store to commemorate the release of the movie "Kingdom 2 To the Far Land". At Sony Store Ginza, we will exhibit costumes, equipment, storyboards used for shooting, photographs carefully selected from the works recorded in the photobook, and interview videos. The exhibition will also be changed at Sony stores in Sapporo, Nagoya, Osaka, and Fukuoka Tenjin.

<Exhibition contents at Sony Store Ginza>
At Sony Store Ginza, art that has condensed craftsmanship such as costumes and swords of Shin, Ryo, Lord Biao, and Wang He, which were used for actual shooting, will be exhibited. A camera used for shooting with costumes as the subject is also installed, and a part of the storyboard actually used when shooting the movie "Kingdom 2 To the Far Land" is also on display. You can experience as if you were in the world of a movie.
In addition, carefully selected works from "Movie Kingdom 2 Faraway Earth Photobook -THE MAKING-" released on July 8, 2022 will be exhibited in the gallery. You can see the pictures of the gorgeous cast's enthusiasm with great power. 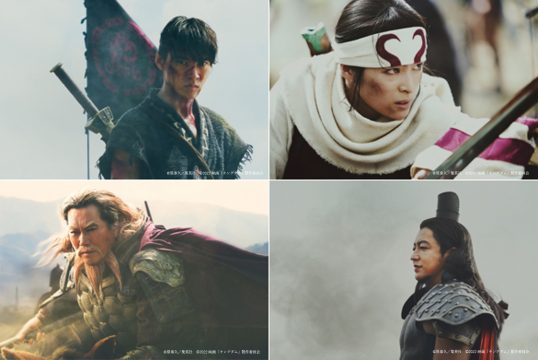 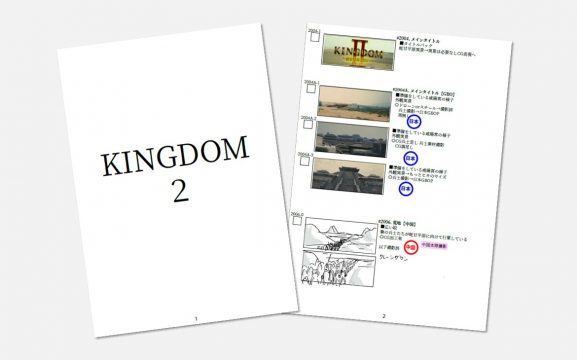 Part of the storyboard to be exhibited

<Exhibition contents at Sony Store Ginza, Sapporo, Nagoya, Osaka, Fukuoka Tenjin>
At each Sony store in five cities nationwide, we will release a video of "Beyond the SCENE 2.0" that tells the cast and creators who made the movie "Kingdom 2 To the Far Land".
We will deliver what we have devised to draw a greater story beyond the previous work, as well as our commitment and challenges to movies and manufacturing. Ryo Yoshizawa, who plays the role of Qin Shi Huang, is in charge of the narration.

In addition, you can experience movie trailers, theme songs, and soundtracks on TV and audio products in stores. In addition, we will release a special video of the movie "Kingdom" Blu-ray & DVD, which is the previous work.

From "Beyond the SCENE 2.0" to be released in advance 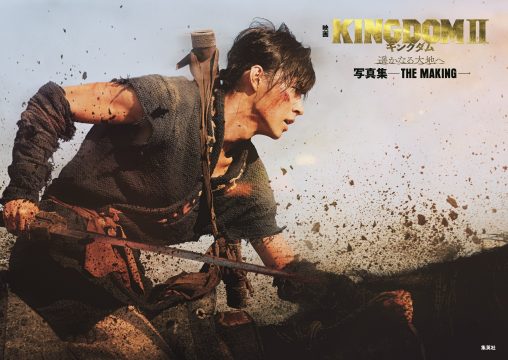 "Movie Kingdom 2 To the Far Land Photobook -THE MAKING-"

<Overview of the special exhibition in Sony Store to commemorate the release of the movie "Kingdom 2 To the Far Land">
Period: July 15, 2022 (Friday) -August 18, 2022 (Thursday)
Venue: Sony Store Ginza * Some exhibitions will also be held at Sony Store Sapporo, Nagoya, Osaka, and Fukuoka Tenjin. 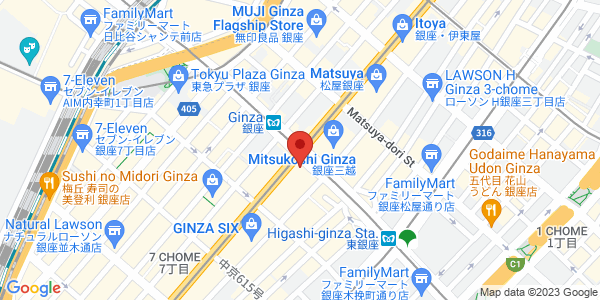