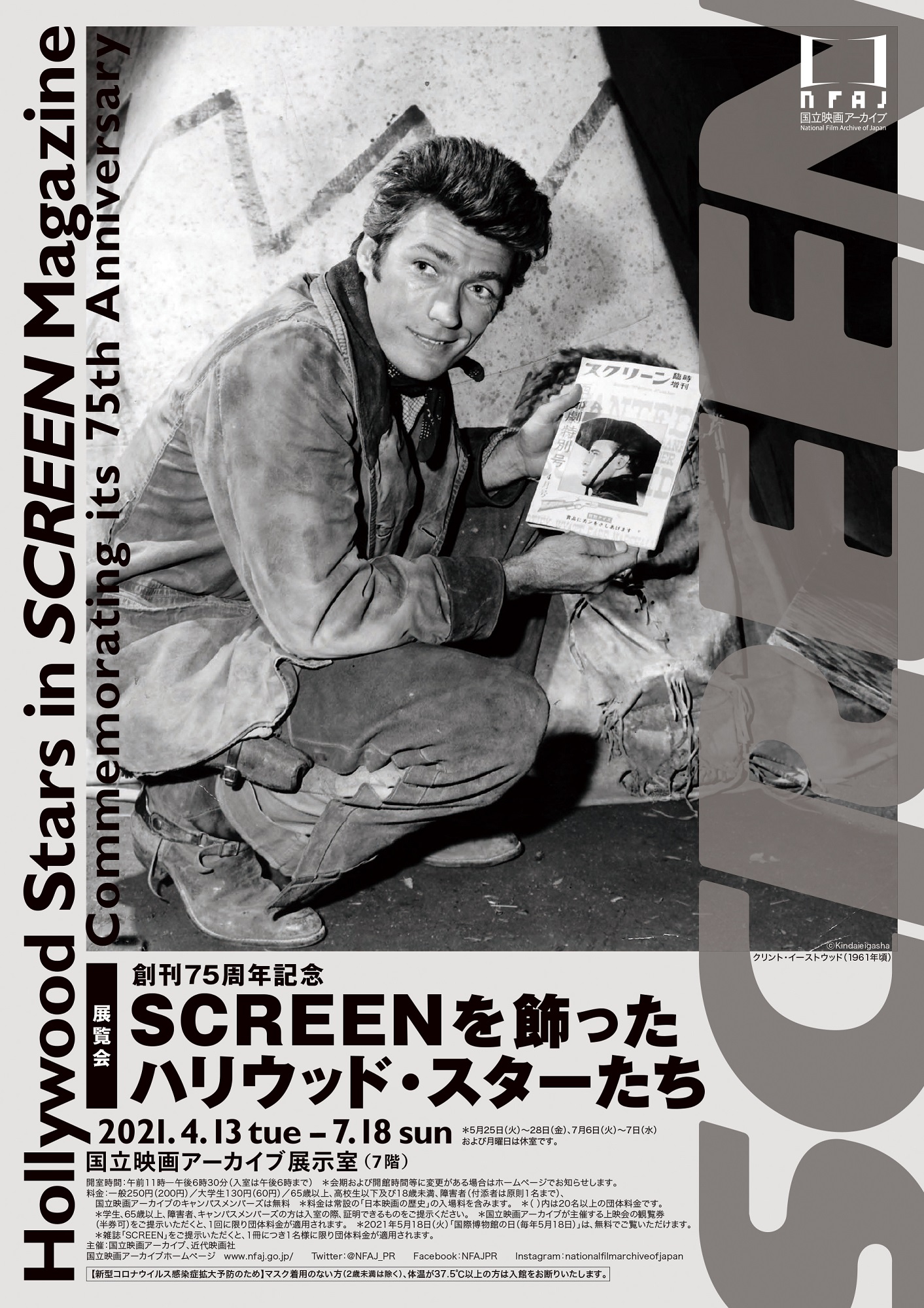 The dazzling brilliance of successive Hollywood stars who decorated "SCREEN"!

The monthly magazine "SCREEN" of the modern movie company, which interviews foreign films, especially Hollywood star actors, and always sends the latest information to Japan, is a quarterly "portrait collection" on both sides of Tyrone Power and Setsuko Hara. It was first published in May 1946, and from the third issue published in February of the following year, it made a new start as a monthly "American movie introduction appreciation magazine". Soon after establishing the style of Western movie fan magazines including European movies, it has been loved by movie fans for a long time, and in May 2021, it will celebrate its 75th anniversary.

"SCREEN" is a Japanese foreign film journalism that has its own correspondents in Hollywood and continues to convey the live voices of the stars, without favoring uniform articles that rely on information and photographs supplied from their home countries. Has also occupied a unique position in.

This exhibition traces the lineage of passion that Japanese movie fans have poured through the gorgeous star photos that were originally taken in Hollywood until the 1990s and the precious photographs taken when the stars came to Japan. I will. In addition to introducing the magazines of successive issues, it also features the achievements of Hollywood correspondent Yani Vegakiss, who has contributed to the magazine for nearly half a century.

Please enjoy the many fascinating facial expressions that the stars have shown to Japanese movie fans. 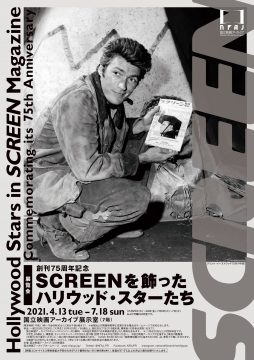 ◆ Stars captured by the "SCREEN" camera
Exhibits photos of Hollywood stars who visited Japan by the 1990s since Bob Hope in 1950.
Introducing a number of photographs unique to Hollywood local coverage that "SCREEN" started ahead of other magazines, focusing on the work of famous reporter Yani Vegakis.

◆ Gifts from Hollywood stars Audrey Hepburn's autograph written during the interview, and Cary Grant's autographed portrait of "SCREEN" and its readers are valuable assets of "SCREEN". Exhibits various materials.

◆ From the 75-year history of "SCREEN"
Introducing the magazines of each era, including the first issue of "SCREEN" published in May 1946.
A panel display of many memorable covers and successive stars from John Wayne to Natalie Portman.
The panel introduces the best works of the year selected by the "SCREEN" readers' vote and the history of popular male actresses.

★ For more than 60 years, our own Hollywood correspondent has been conducting on-site interviews at "SCREEN". Introducing the history of Hollywood local coverage, which was the first in other magazines, centering on photographs of the famous correspondent Yani Vegakis, such as interviews with stars and coverage of the Academy Awards ceremony.

It launched 75 anniversary of Hollywood stars who have graced the commemorative SCREEN (Hollywood Stars in SCREEN Magazine: Commemorating its 75th Anniversary)

Opening Hours: 11 am-6:30pm (Admission is until 6pm) * Night opening will be closed for the time being.

* The price includes the admission fee for the permanent "History of Japanese Movies". * () Is for groups of 20 or more.
* Students, 65 years old and over, disabled people, and campus members are required to show proof when entering the room.
* If you show the admission ticket (stub) for the screening hosted by the National Film Archive of Japan, the group fee will be applied only once.
* May 18, 2021 (Tuesday) "International Museum Day (May 18 every year)" can be viewed free of charge.
* If you present the magazine "SCREEN", the group fee will be applied to one person per book.

* Please check our website for measures to prevent the spread of new coronavirus infections.
→ https://www.nfaj.go.jp/ge/topics/20200625/