Tokyo Midtown Management Co., Ltd., which operates the Tokyo Midtown Hibiya, in "you NEXT artist! ~ With corona young support project -" for the purpose of talent excavation and dissemination of artistic culture and traditional arts in the corona epidemic, December 10 We will start recruiting "NEXT artists".

This project will create opportunities to perform in the cities of Hibiya and Ginza as a place for young artists who will lead the future to play an active role in the entertainment industry, which was greatly influenced by the Corona disaster, and will support the release of the video. It's a project. In the first activity, six leading artists who are active in various entertainment fields, including Ayaka Hirahara, who agreed with the thoughts of director Amon Miyamoto, gathered as "supporters" to share their thoughts on this project. We have released a YouTube video that talks about it.

In addition, each of the six "supporters", including Mr. Amon, has nominated "advisors" as powerful helpers to improve this project. Along with that, as the second YouTube video, we will release a talk session conducted by 6 advisors and Amon Miyamoto, the founder, to improve this project from today. In the talk session, in addition to the activities in Corona, the content will be to convey the future of online transmission, each member's thoughts on the city of Hibiya / Ginza and this project, especially for applicants. It is a content that can be a hint for application, so please have a look. The "advisor" will be involved in the screening of "NEXT artists" and support for this project in the future.

[From the talk content]
Genkuro Hanayagi ・"If you can collaborate with long-established food and art galleries in Hibiya and Ginza, it will be a true festival that connects you to the city."
Takahiro Konagawa ・"It would be nice if a hit song was born from the Hibiya Festival (by the fusion of the city of Hibiya and music) like music and art."

* Video production and release may be scheduled to be changed, postponed, or partially canceled due to social conditions such as the spread of the new coronavirus infection.

"You are a NEXT artist! ~ With Corona Young Support Project ~" Application Guidelines

[Plan outline]
Six supporters who are active in the entertainment world and 15 "NEXT artists" are selected by the advisors nominated by each of them, with the aim of providing young artists who have lost the opportunity to perform or make presentations due to the corona. A plan to create a place of expression with special permission from the towns of Hibiya and Ginza (Tokyo Midtown Hibiya, Hibiya Park, Ginza stores, art galleries, etc.) to produce and transmit images. In the future, we are considering performing at the real venue of the annual event "Hibiya Festival" in Tokyo Midtown Hibiya, aiming for continuous support.

[Information required when applying]
✔ Name / contact information of representative, affiliated office (if affiliated)
✔ YouTube link for performance video (up to 5 minutes) (Limited Release)
✔ Past appearances, website and SNS URLs (if any), PR points (200 characters)
✔ What kind of influence did the Corona disaster have on the artist's activities?

Please prepare the above information and apply using the form below.
* Detailed information including other precautions for application will be released on the Tokyo Midtown Hibiya official website by December 10. Please be sure to read it before applying.
URL: https://www.hibiya.tokyo-midtown.com/next-artist

POINT!
(1) Professionals from various fields will judge. (2) It is possible to take special pictures of works at famous places in Hibiya and Ginza that cannot be used normally. (3) There is a possibility of appearing at the "Hibiya Festival" real venue held every year during Golden Week! 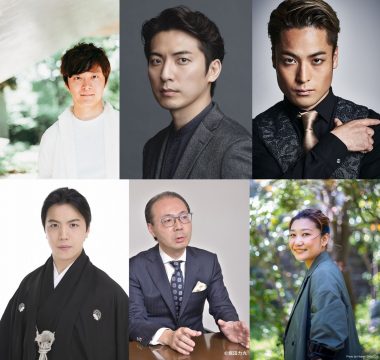 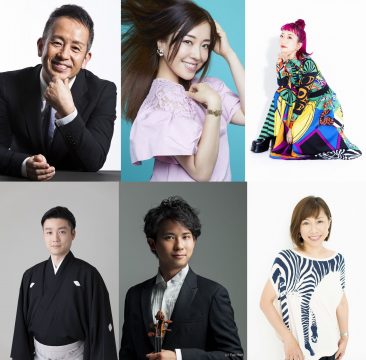 As an event unique to Japan's Broadway "Hibiya", the event started in 2018 with the thoughts of "I want to release the heat of the theater to the city!" And "I want to make it a city where you can enjoy entertainment with the sky and greenery!"
The Sunday Festival is a theater festival where you can enjoy performance stages such as musicals, Japanese dance, opera, and dance for free in the open air, along with the greenery and nature of the city. From this year, we have established an online venue as the first attempt at the Sunday Festival so that more people can enjoy it.
[HIBIYA FES CHANNEL Official YouTube]
https://www.youtube.com/channel/UCR40B9BK-oyQT4si4slhJPg
"Hibiya Festival", a theater festival where you can experience the greenery of the city
Organized by: Tokyo Midtown Hibiya / Hibiya Area Management Co-sponsored by: Japan Performers Association / General Incorporated Foundation Culture Vision Japan Cooperation: Toho Co., Ltd./Shotake Co., Ltd./Nissay Cultural Promotion Foundation (Nissay Theater) /
Hibiya Matsumotoro Co., Ltd./Sanriku International Art Promotion Committee / Japan Folk Performing Arts Association /
Tokyo Art & Live City Initiative Executive Committee Support: Chiyoda Ward * Above, 2021 results

Contribution of Mitsui Fudosan Group to SDGs <br /> The Mitsui Fudosan Group is based on the principles of "coexistence and coexistence," "connection of diverse values," and "realization of a sustainable society." Aiming for a prosperous society, we are promoting business promotion that is conscious of environment (E), society (S), and governance (G), that is, ESG management. By further accelerating the ESG management of the Group, we believe that we can greatly contribute to the realization of "Society 5.0" advocated by the Government of Japan and the achievement of "SDGs".
* The efforts of this release contribute to two goals in the SDGs (Sustainable Development Goals).
https://www.mitsuifudosan.co.jp/corporate/esg_csr/
Goal 11 Aiming to create a city where people can continue to live Goal 17 Let's achieve the goal through partnership