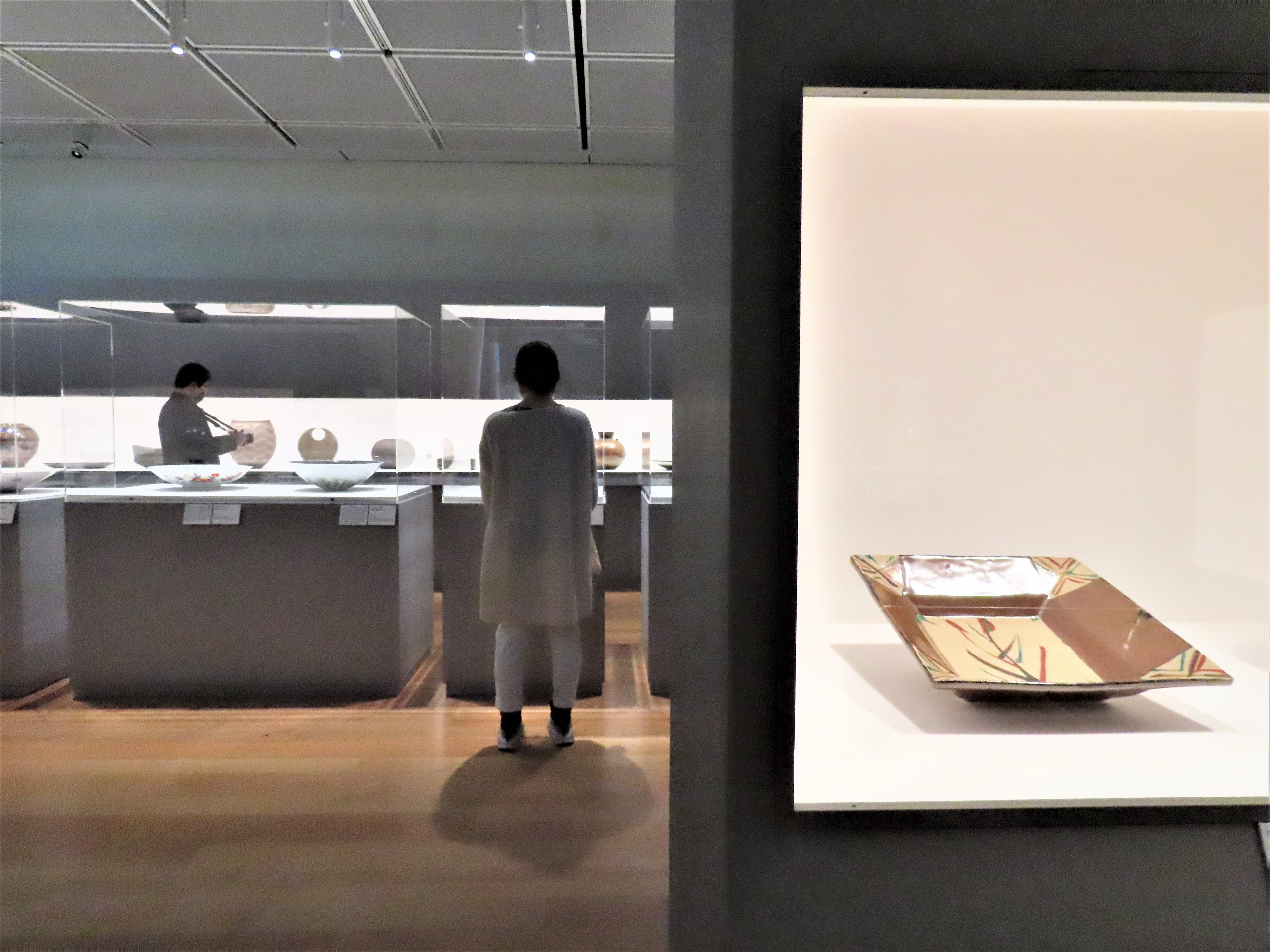 At the Panasonic Shiodome Museum of Art, the "Power of Ceramic Art Traditional Crafts that Connects to the Future" is being held from January 15th (Sat) to March 21st (Monday / holiday), 2022. We would like to inform you about the press preview held on January 14th. 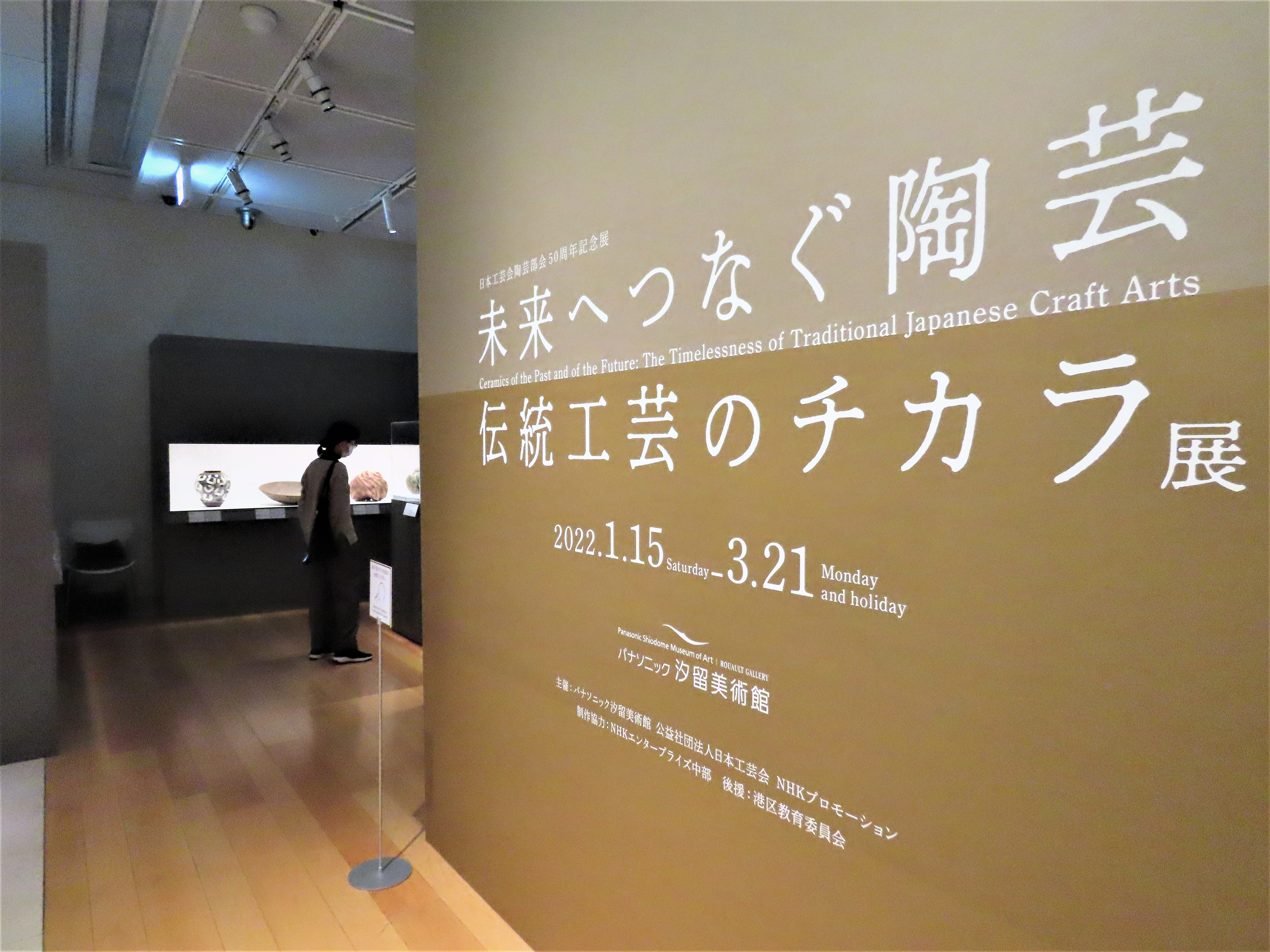 Excellent traditional crafts and commonalities that lead to traditional arts. It means accepting the wind of the times and evolving over the years.

"Ceramic art", which is a craft technique that Japan is proud of, has evolved remarkably as the techniques and expressions have diversified with the times.
The Japan Kogei Association, which was established in 1950, is an organization that aims to preserve and utilize craft techniques in various fields, and presents works at the "Japanese Traditional Crafts Exhibition" centered on important intangible cultural property holders (living national treasures). ..
In 1973, the "1st New Ceramic Art Exhibition" was held by the artist of the association's ceramic art department, and it continues to this day.

The Panasonic Shiodome Museum of Art has held many exhibitions on the theme of "crafts and design". The "Power of Ceramic Art Traditional Crafts that Connects to the Future " will focus on the "now" of contemporary ceramic art, and will exhibit about 140 masterpieces, including works by other artists, centered on the artists belonging to the Ceramic Art Subcommittee.

The skill and beauty of traditional crafts are clear. 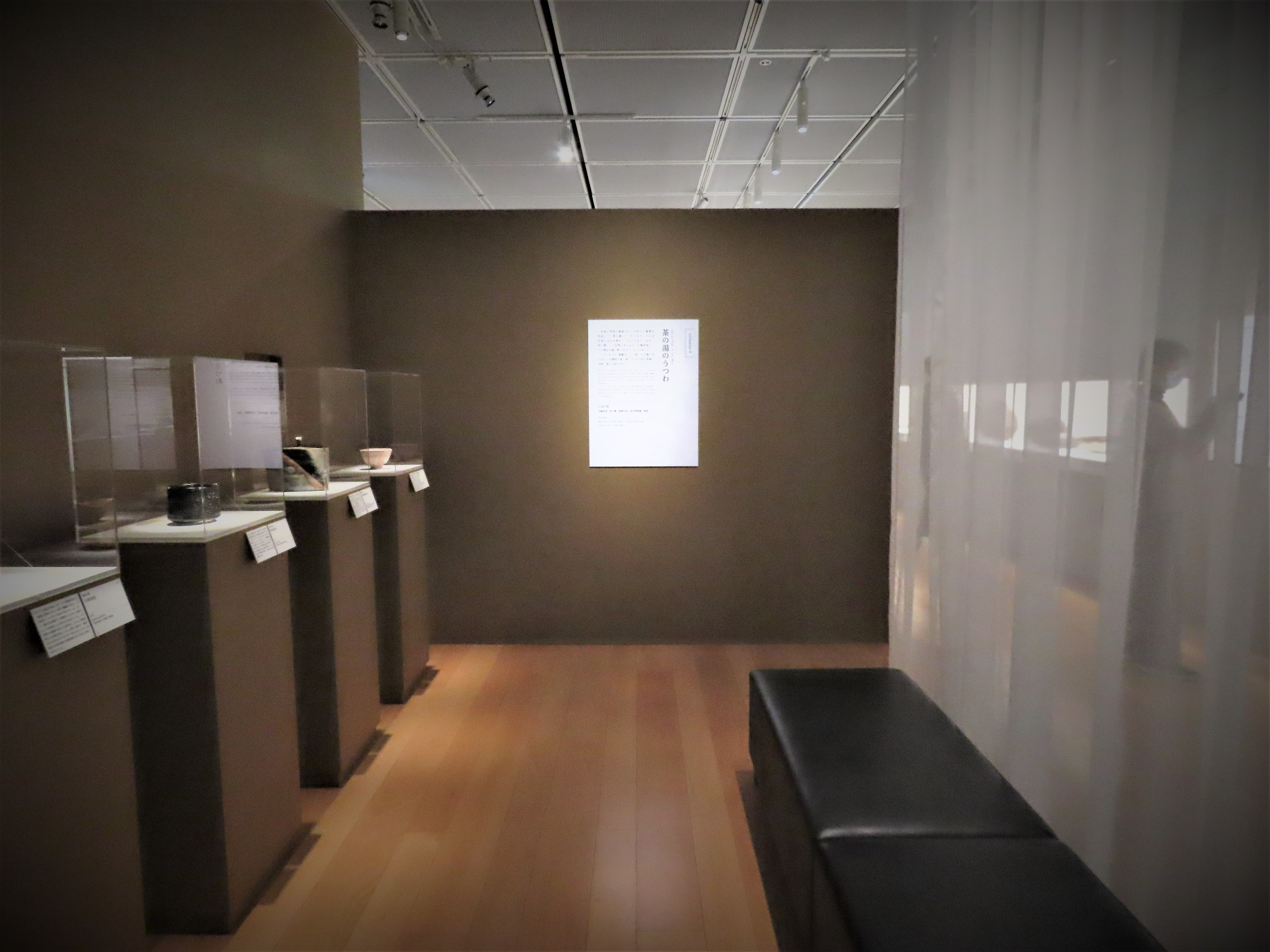 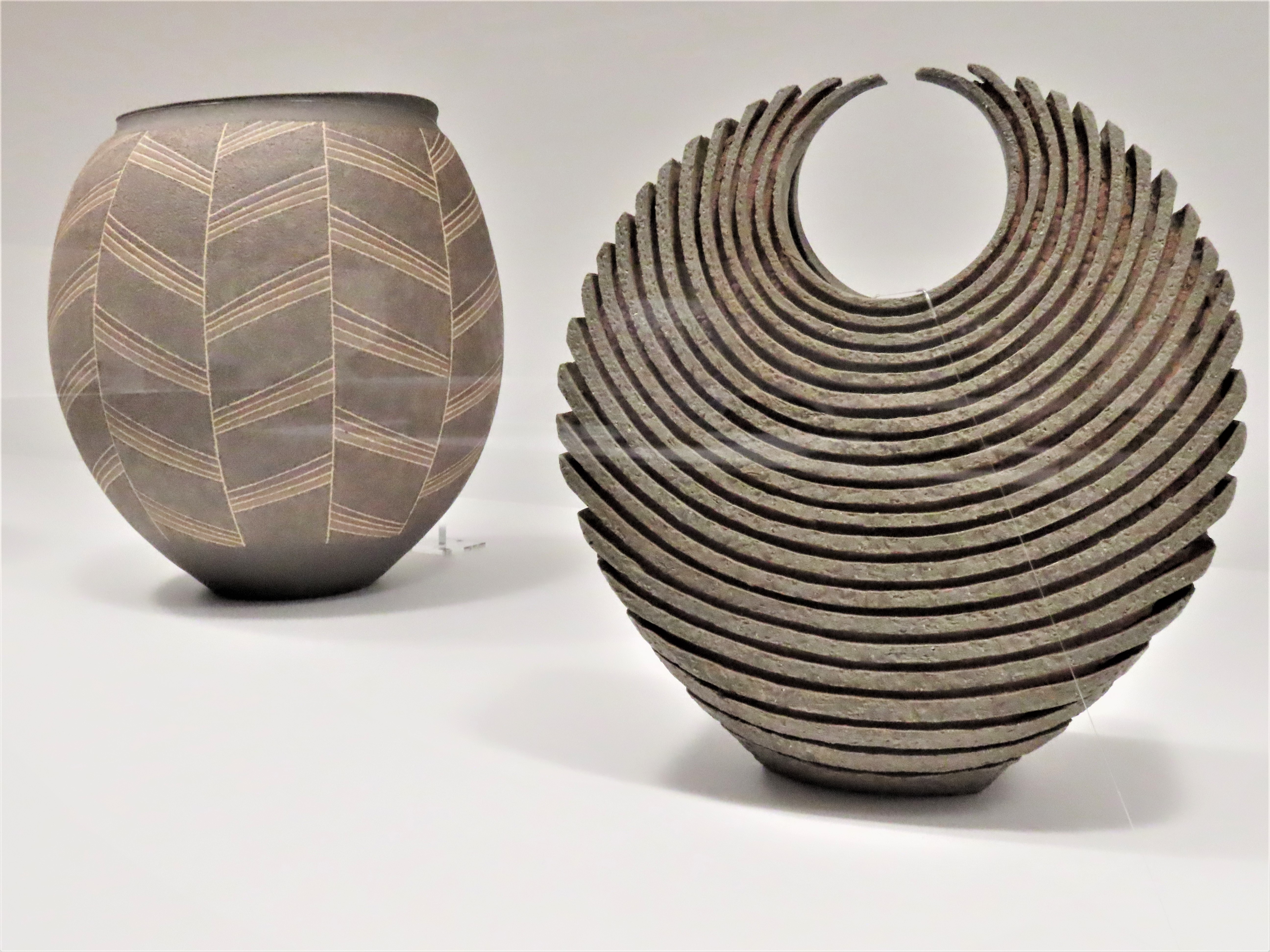 Exhibited at the 40th Japan Traditional Crafts Exhibition. Beautiful form that brings out the texture and stickiness of the soil 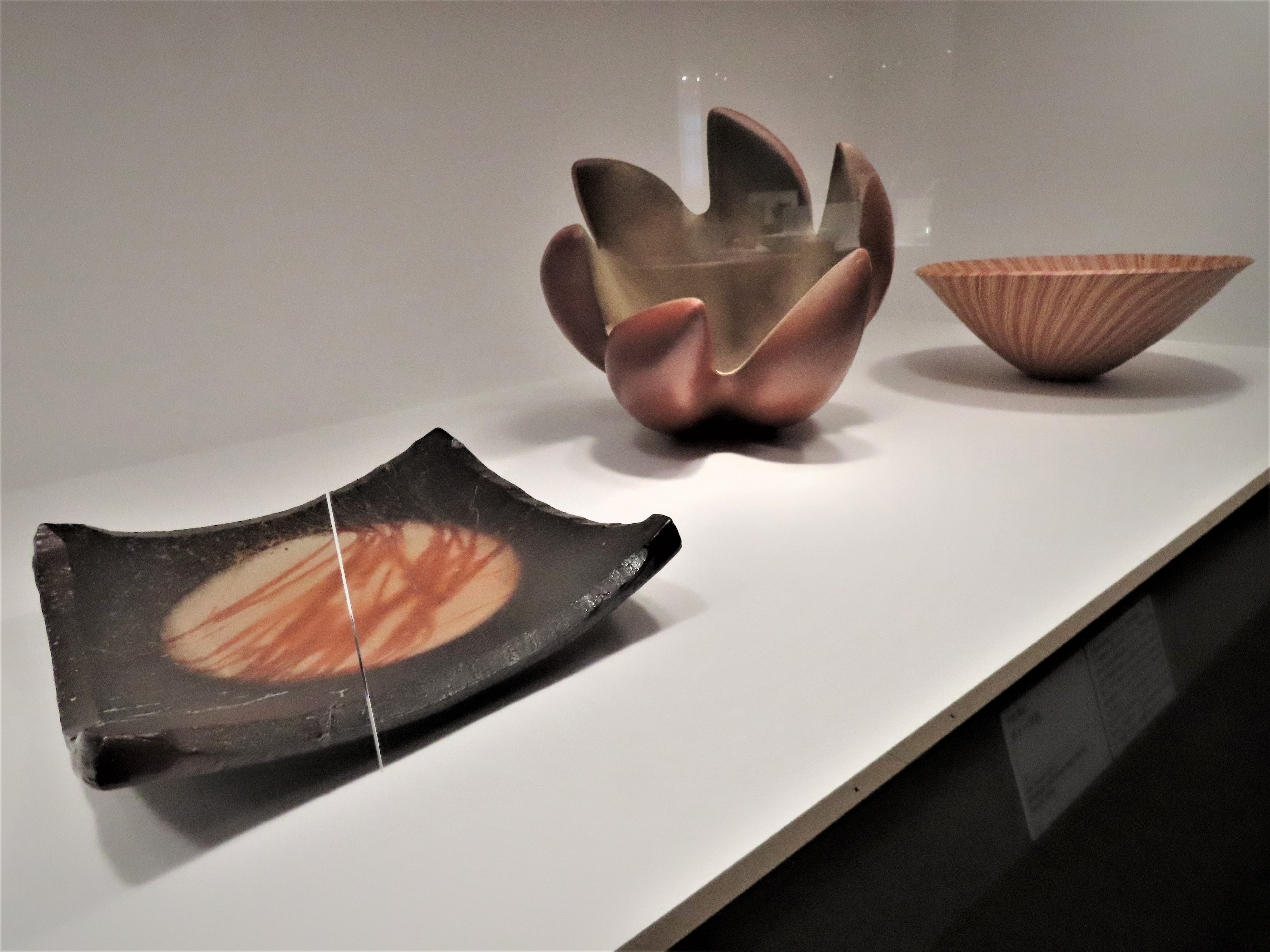 A number of works that condense the traditional techniques of Bizen and Tamba. The deep red and the mystery of modeling are clear 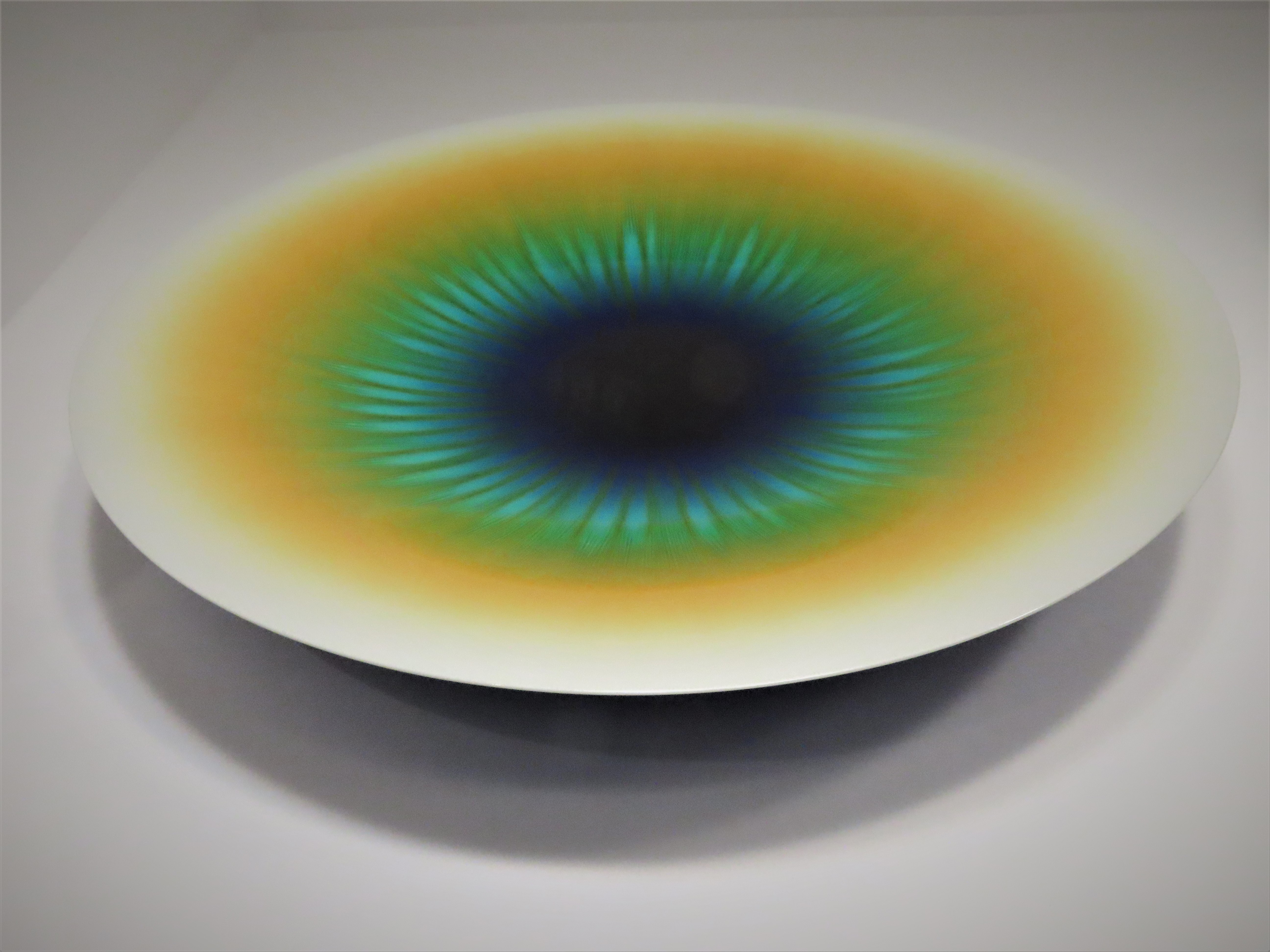 The work of Yasokichi Tokuda (Living National Treasure), who won the Best Work Award at the 11th Japan Ceramic Art Exhibition. The delicate gradation like a large flower is wonderful

137 modern and contemporary craft artists were exhibited in this exhibition. A collection of gems that should be called the essence of Japanese traditional crafts, such as works by successive living national treasures, works by writers who inherited the materials and traditions unique to the ceramic industry, and tea ceremony containers.

Chapter 1 introduces the artists who were active in the early days of the Japan Kogei Association, such as Toyozora Arakawa, who became the first holder of important intangible cultural properties. In the second chapter that follows, we focus on the production areas and expressions, and exhibit ambitious works by artists from ceramic industry areas all over Japan. You can enjoy the various techniques of traditional crafts and the spread of beauty.

"Traditional crafts" has a somewhat formal image, but the boldness of the colors and the novelty of the form of the works exhibited in this chapter can be regarded as contemporary art. It can be seen that the artists have always tried and errored to create innovative expressions while incorporating the traditional techniques of their hometown. 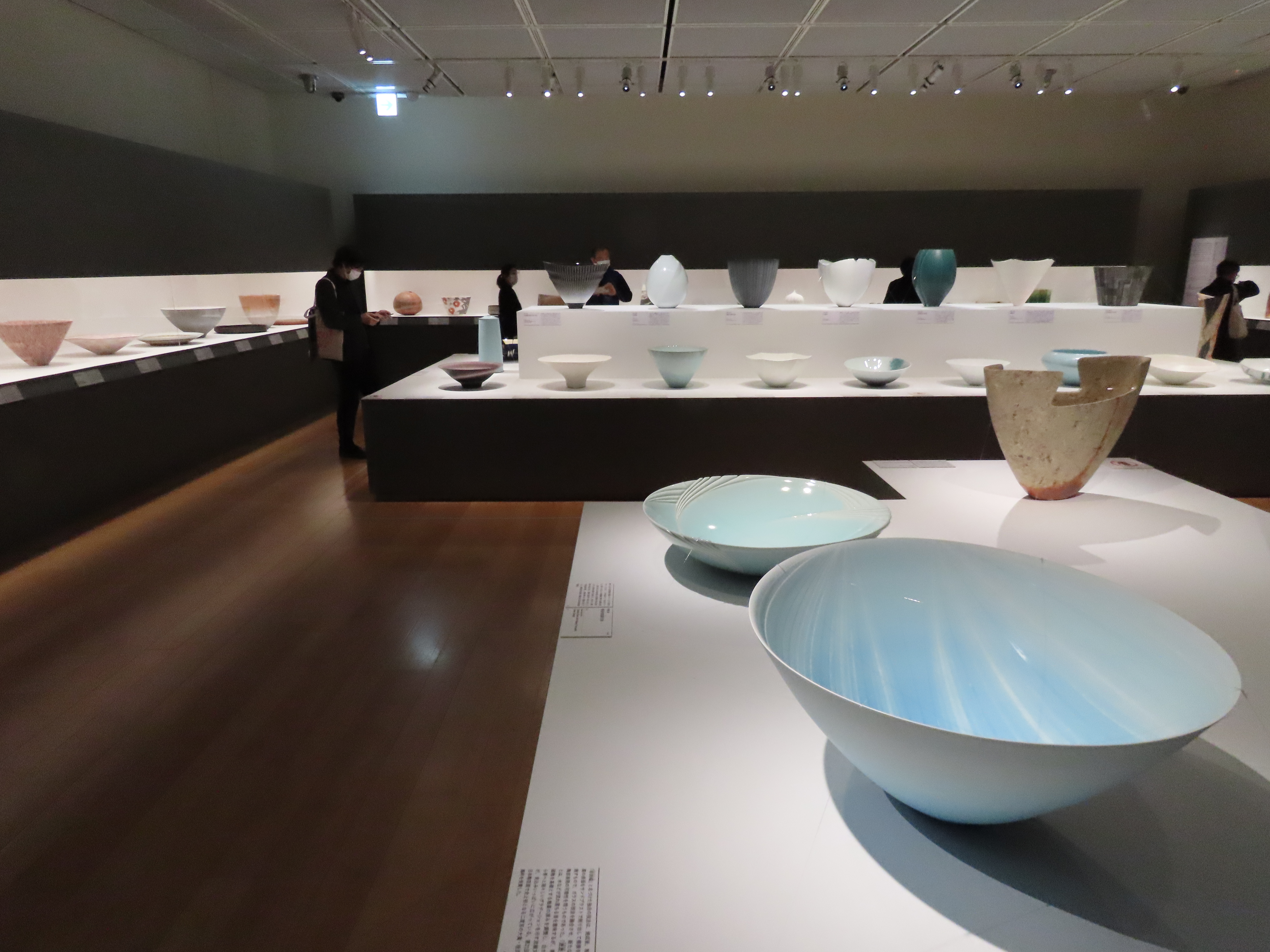 In the final chapter, the craft works of up-and-coming young artists will be gathered. 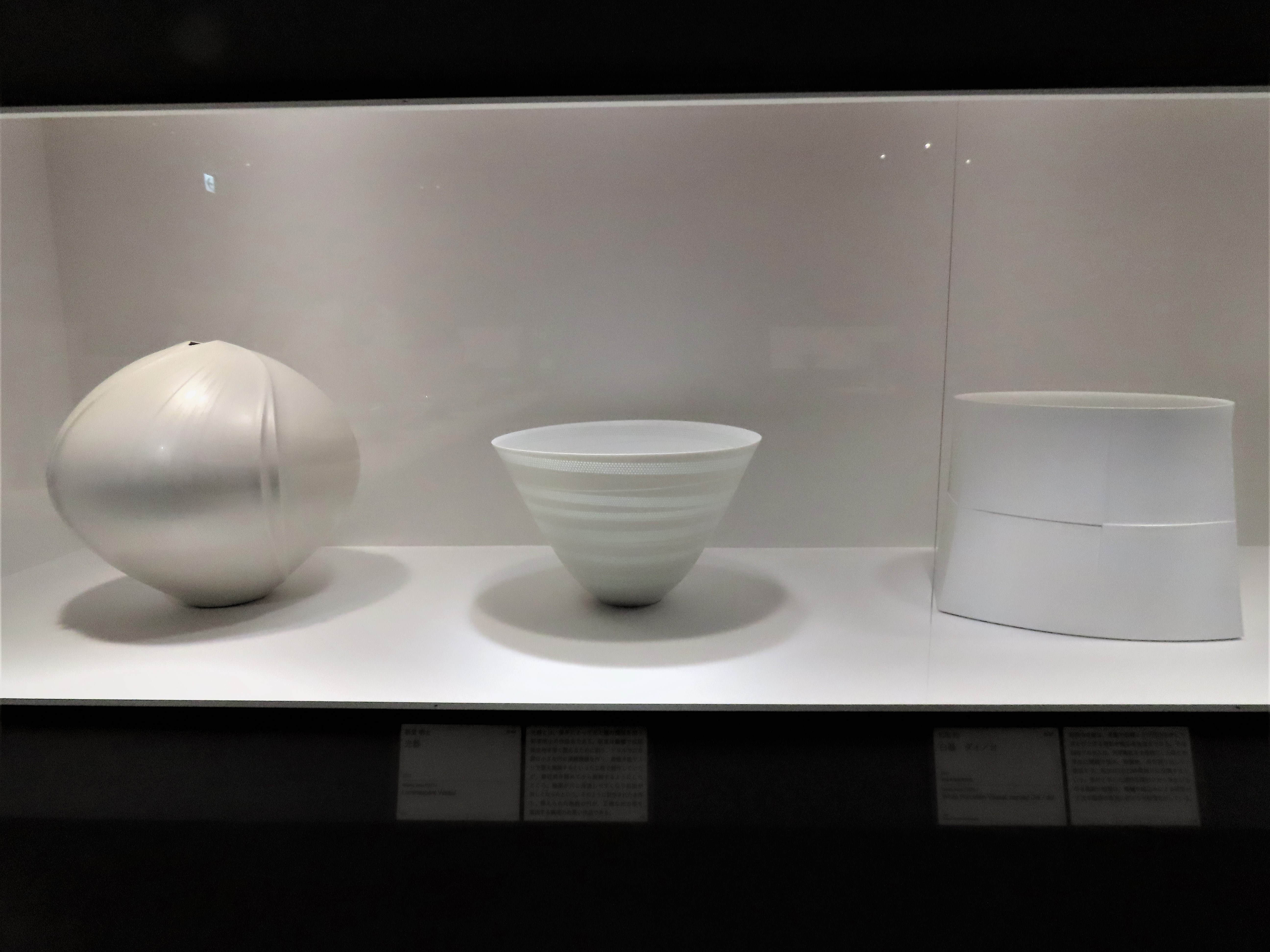 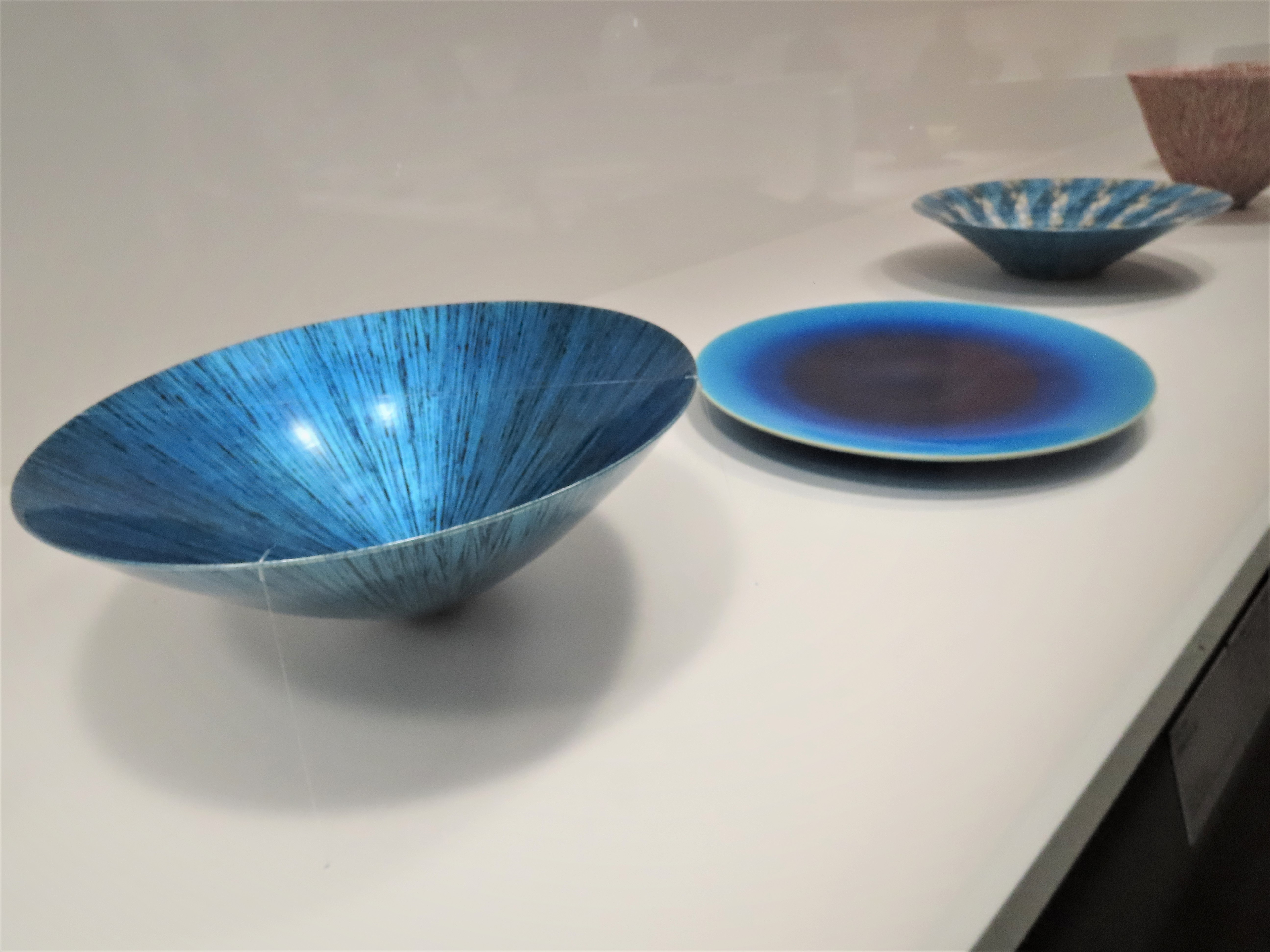 A work in which the deep and clear azure glaze shines beautifully. The "Glazed Platinum Ayabachi" in the foreground is literally finished in a modern style using platinum foil. 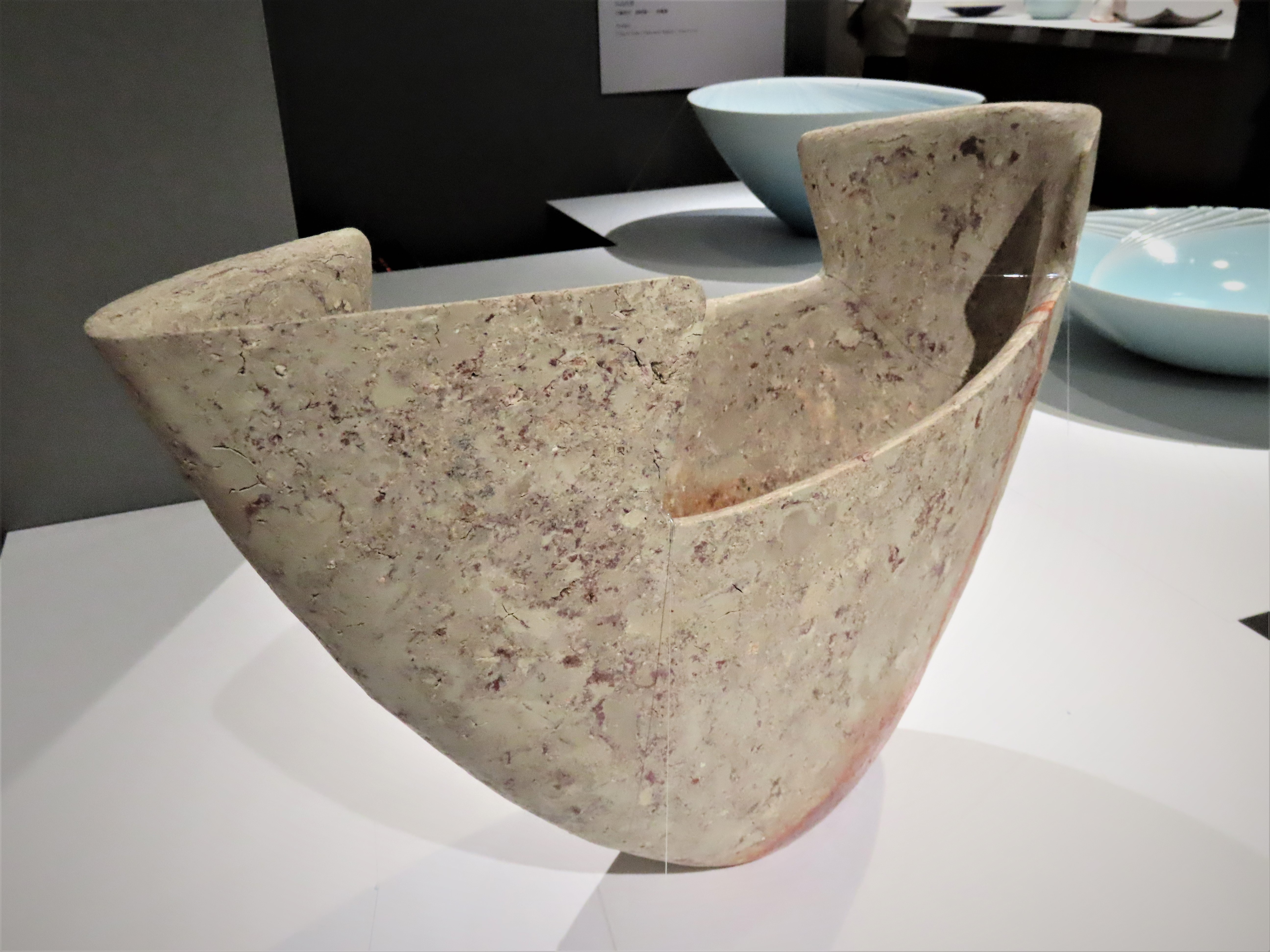 "Bizen Hiroguchi Vase" is made by collecting dozens of types of soil that are thrown away when collecting rice soil. Characterized by a naturally occurring marble-like pattern

Another major feature of this exhibition is that you can experience not only the so-called "masters" but also the works of up-and-coming young artists.
In the third chapter, 57 works that are conscious of the present age while inheriting traditional techniques are gathered.
By touching the works of young artists who will lead the future, you can see the "now" and "future" of contemporary ceramic art. 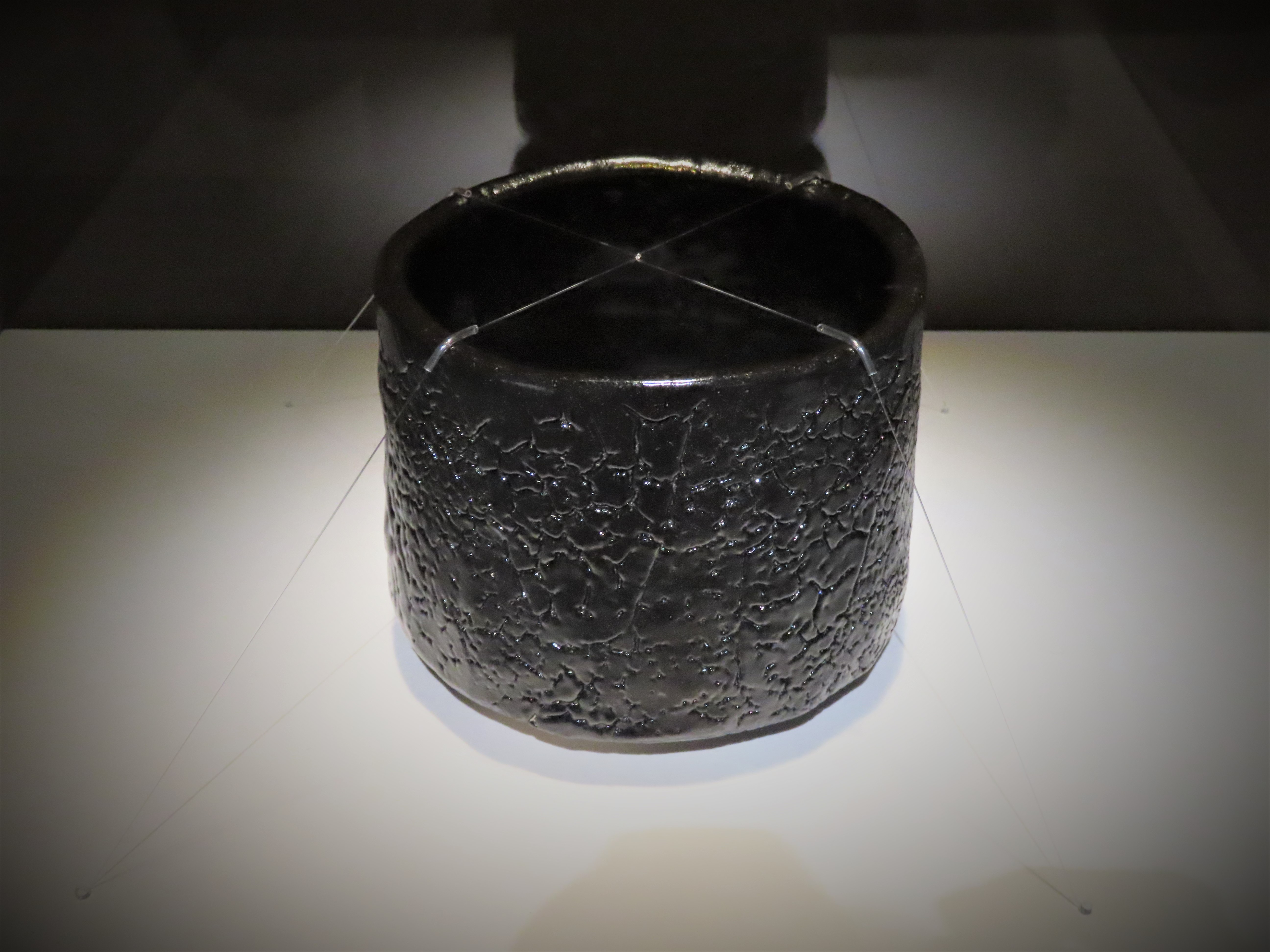 Setoguro is a type of glazed pottery baked in Mino during the Azuchi-Momoyama period. The author, Toyozora Arakawa, is an important intangible cultural property holder in Shino ware and Seto black bowls.

Mr. Arakawa describes Setoguro in the Momoyama era as "many of which are clean and upright, and have the strength of the Momoi era." I think you can feel the sex.

Black, black, black … The deep colors are reminiscent of the universe far away. 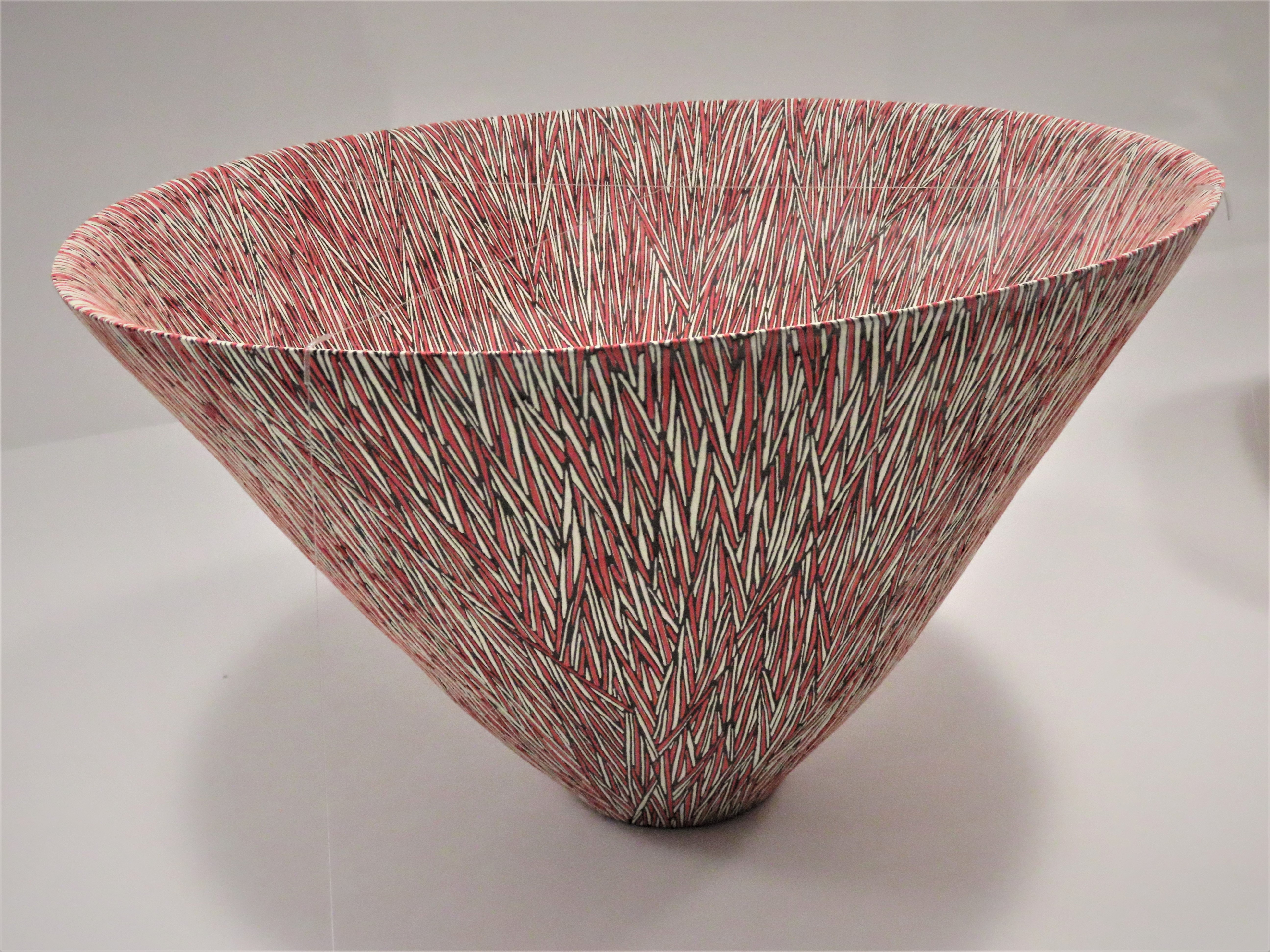 You will be fascinated by the abstract patterns of innumerable lines of red, black and white and the beautifully raised shapes.

The 66th Japan Traditional Crafts Exhibition Japan Kogei Association New Face Award winning work. Originally, it was molded so that it would turn black after firing, and then white slip was applied to the surface, which was then scraped off to form a pattern, and then a red painting was applied to create such a pattern.

Its unique presence seemed to shine even in the exhibition hall. 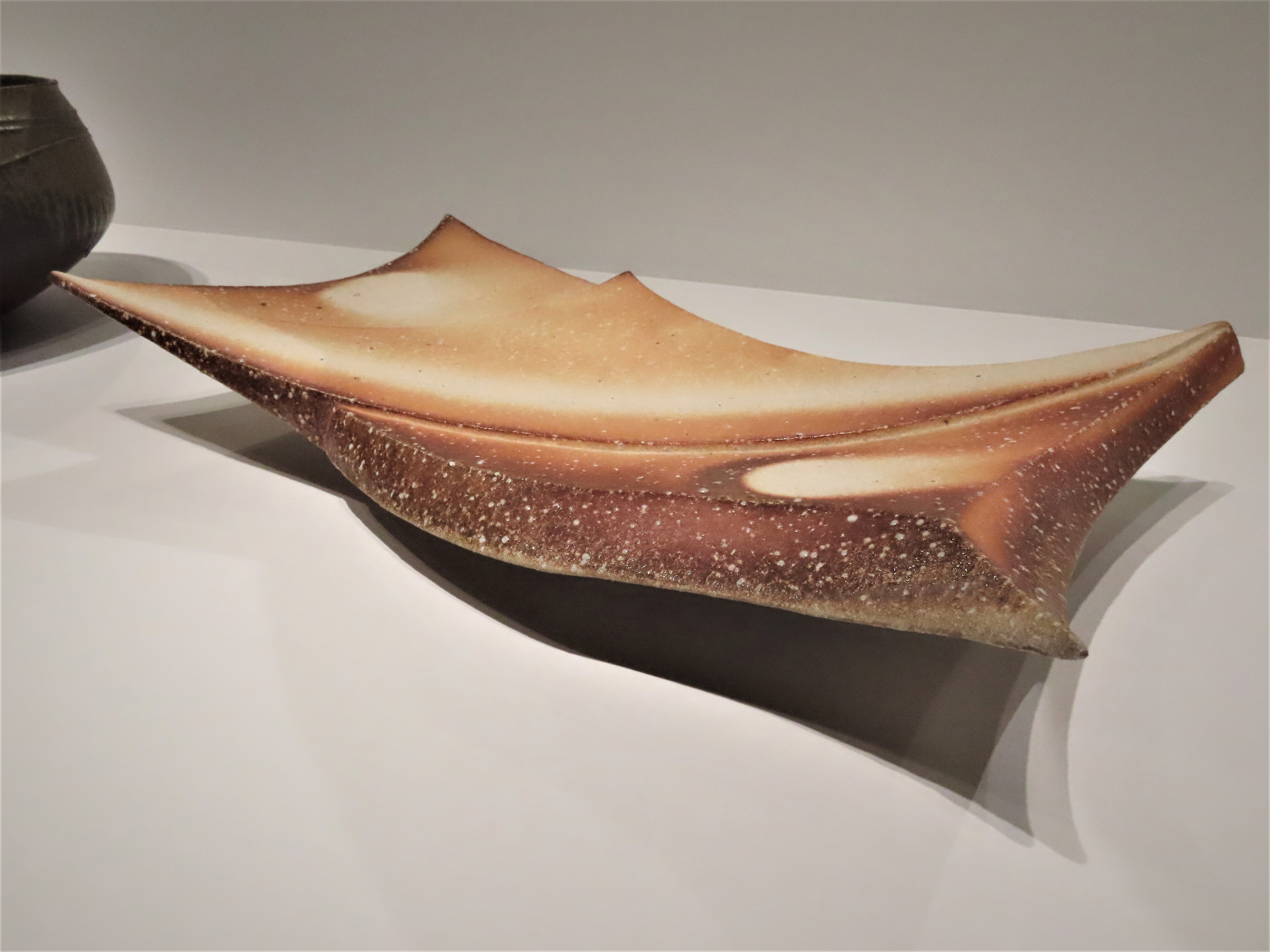 My personal recommendation is this work. It is a work created using the technique of Shigaraki ware, but as the title suggests, the design in which the trail that shines white like a comet "goes out" in the scarlet gradation is excellent.
Although it is solid and thick, the edges are effective and the sharp modeling is also wonderful.

It is a work that symbolizes the balance between tradition and innovation.