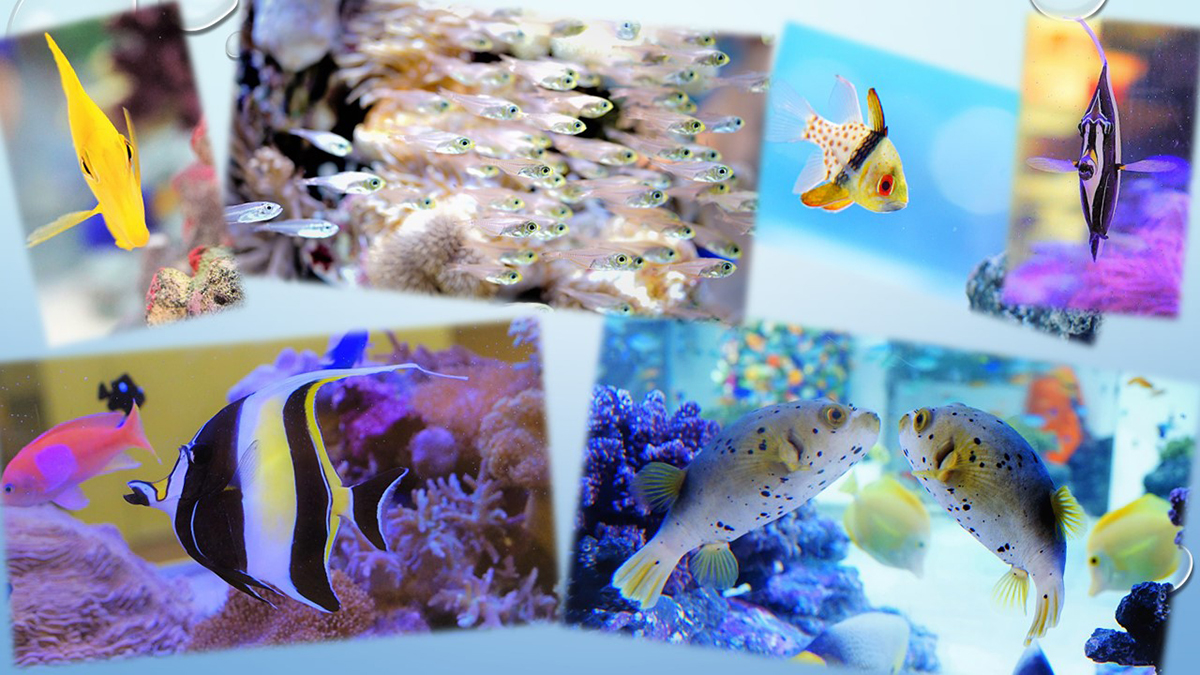 Ginza Sony Park (Ginza Sony Park) is an experimental park located in the urban area for a limited time until the fall of 2020, and carries out programs such as various hands-on events and live performances where surprises and playfulness can be felt throughout the year. Since opening on August 9, last year, more than 3 million (※) customers have come to visit. ※ As of May 12, 2019

During the period from July 26 (Fri) to August 18 (Sun), this year's "Ginza summer tradition" "Sony Aquarium 2019" will be held under supervision of Okinawa Churaumi Aquarium.

In the large water tank installed in Ginza Sony Park, about 30 kinds of colorful creatures of about 30 species swim, including the gigantic ginseng known as the “Napoleon fish” from the Okinawa Churaumi Aquarium, as well as the giant tenor shark. It turns around and creates a cool landscape in the middle of the city. This year, we will prepare an open college by researchers from Okinawa Churaumi Aquarium and dishes using Okinawa ingredients for a limited time. Please come by all means.

The "Sony Aquarium" has been known as "Ginza summer tradition" since the opening of the former Sony Building in 1966. This year, about 30 species of 1,000 creatures coming from Okinawa's "Chiraumi" will swim in the large water tank about 5m wide installed on the ground floor of Ginza Sony Park. Ginza Sony Park's large aquarium, located in the middle of Ginza, creates a cool, fantastic new view of the city where the creatures and the scenery of the city are crowded.

During the period, “BEER TO GO” by SPRING VALLEY BREWERY on the 4th floor of the basement offers dishes such as cold tomato spaghetti made with Okinawan ingredients for a limited time. We will also prepare drinks using Okinawa Seekser, so please enjoy it together.

In addition, an open college by researchers from Okinawa Churaumi Aquarium invites experts to hold talks on the theme of marine life and the environment of the ocean. In addition, a stamp rally is held where luxury prizes such as Okinawa travel and JTA tickets are made rally points at 4 places in Ginza Sony Park and GINZA PLACE. During the same period, we will hold linked events at Sony Showroom / Sony Store Ginza.

Please look forward to this year's classic "Sony Aquarium 2019", which delivers coolness to Ginza in midsummer.

Large aquarium display that reproduces the beauty of the Churaumi!
About 30 species of creatures, such as Ogane Mochi Nou, which is about 90 cm in total length known by the name of "Napoleon Fish", and about 30 kinds of creatures, such as the Okinawa Churaumi Aquarium-born Big Ten Shark shark, in the outdoor large aquarium exhibited at "Sony Aquarium 2019" Swim around and reproduce Okinawa's "Churaumi" ecosystem.
It is an event that everyone can enjoy from adults to children. 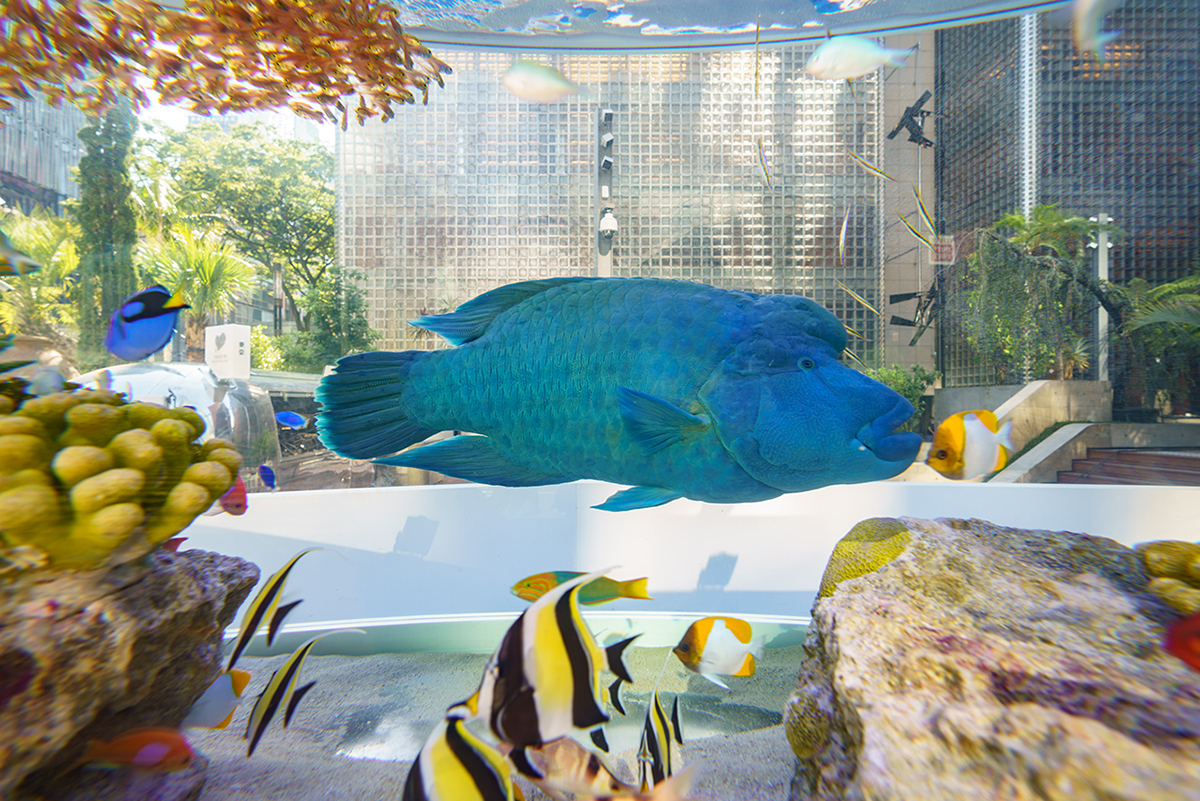 ※ The past Sony Aquarium

<Feeding time>
Feeding time to creatures can be seen during the twice daily feeding time.

<Water tank commentary>
At the weekend, aquarium chants will be held by the breeding staff of Okinawa Churaumi Aquarium.
You can learn about ecology while enjoying the swimming shapes of living things. 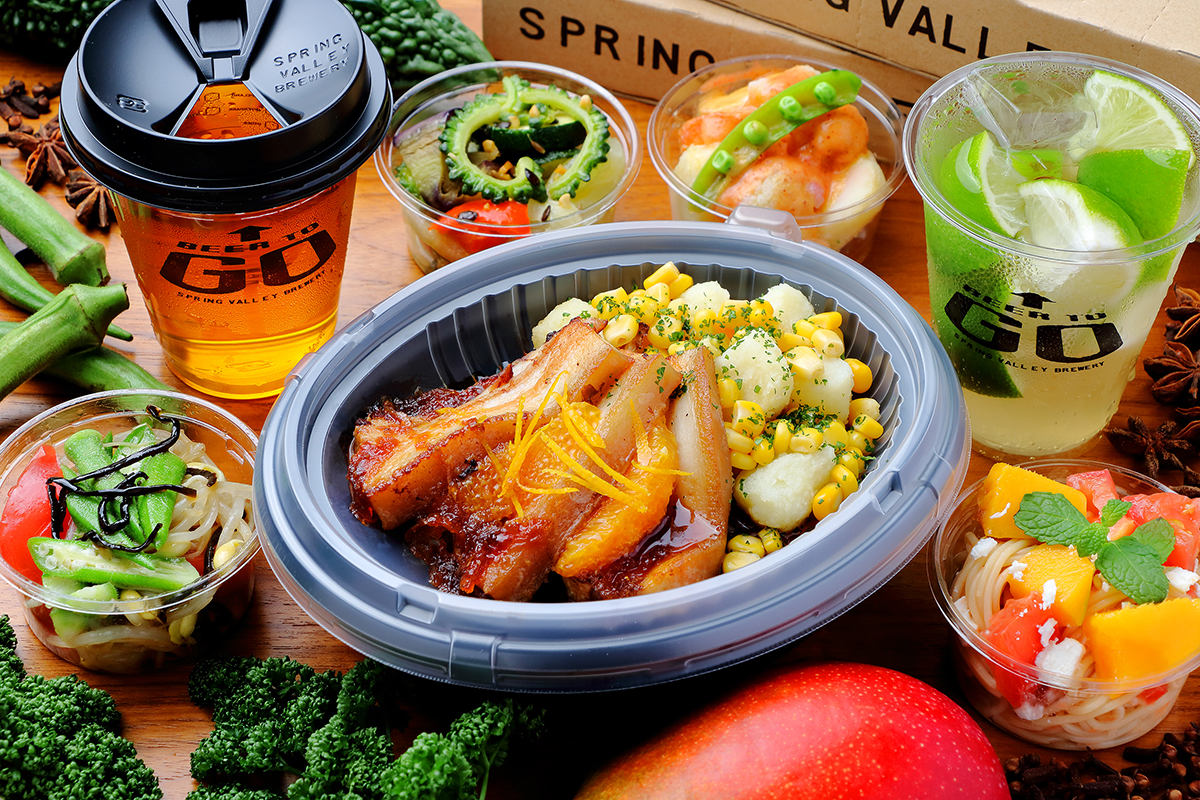 OKINAWA Event <br /> On the 4th floor of the basement, there will be events to feel Okinawa with five senses, such as live performances with artists from Okinawa and talk events on the theme of Okinawan ingredients. 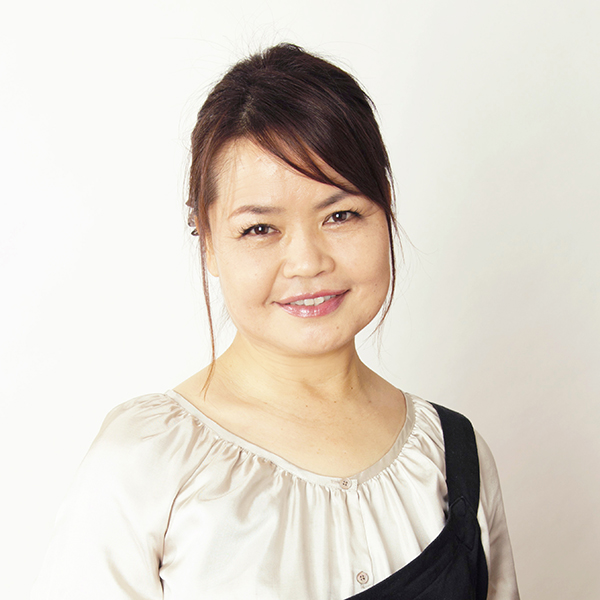 I am from Naha City, Okinawa Prefecture. Administrative dietitian · health movement instructor · Okinawa Prefecture certified Ryukyu cuisine folklore. After managing dietitians at schools, hospitals and companies, he established Health Planning Kae in 1991. Established (one company) Total Wellness Project Okinawa in 2015 and will become the representative director. Moved the base from Naha to Yomitan, and in April 2016 opened the new studio "KAE project-Kae Project-". We work on the theme of 【Be healthy from Okinawa to healthy through food】. He has given lectures at home and abroad, and has four recipe books such as "Easy recipe from Okinawa of Izena Kae" in his book. 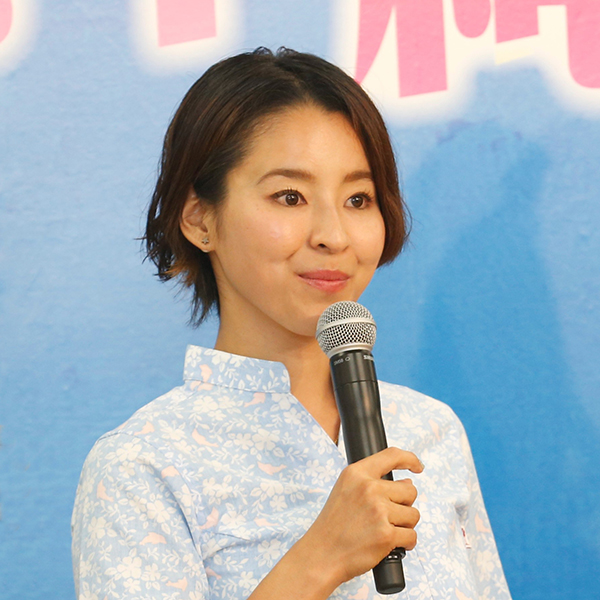 I am from Naha City, Okinawa Prefecture. Graduated from Japan Physical Education University. Became an Orion Campaign Girl in 2009 while at university. Since April 2014 he has been active as a radio personality, television reporter and actress. Moved to Tokyo in 2013. Active in the country as MC and reporter such as sports events, concerts and ceremonies. Launched Shining, a general incorporated association, in 2016, he will also organize activities and sports events to spread Ryukyu gymnastics, which he devised on the theme of "health of mind and body." 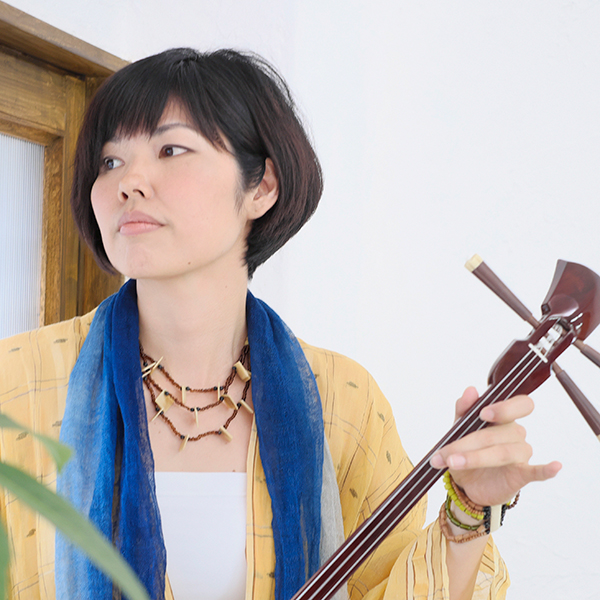 I am from Ishigaki, Okinawa Prefecture. Debuted in the '05 heart album 'with the '05 heart album' with the weapon of the nature of nature and the island soul brought up in Yaeyama. Since then, 3 albums have been released as solos and 5 albums have been released as Chulamana (units). Including live performances and events in the Okinawa music scene, he is developing activities in various fields, such as working on the theme song in the movie '12 How to Make a Penguin Couple 'released in the fall of '12. Mother of two children. Yaeyama Classical Music Competition 2013 Rookie Award, Yaeyama Classical Music Competition 2016 Excellence Award. 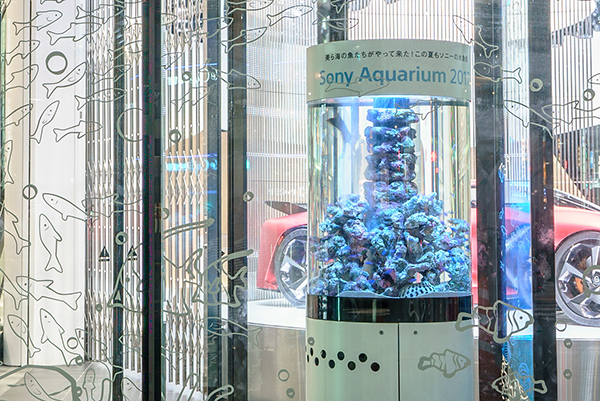 ※ The past Sony Aquarium

GINZA PLACE On the first floor, NISSAN CROSSING and on the fourth floor Sony showroom / Sony store Ginza also exhibits aquariums with tropical fish. Please see this along with the large tank of Ginza Sony Park.

We will organize a tour to shoot the aquarium on display at GINZA PLACE, a satellite venue. The staff will accompany you on the shooting tour, so even those who are not confident in camera operation can participate with confidence. We will also give lectures on how to shoot children. Want to shoot a picture of your child shooting hard? It will be held three times a day on Wednesday, Saturday and Sunday.

way to participate:
Please make a reservation in advance from the URL below and join. (Participation fee free) https://ers.sony.jp/SEvent/pageEventDetailEVT?e=a2O5F0000039Xs0UAE&p=%E9%8A%80%E5%BA%A7

Enjoying Okinawa Churaumi Fish with 4K OLED TV <br /> With Sony's new 4K Organic EL TV “A9G Series”, you can experience various fish pictures from Churaumi on a large screen, as well as basic performance and We introduce the features of the product and the attractiveness of the design. Enjoy the realism as if you were in the sea of Okinawa.
※ It will be an introduction of about 15 minutes.
* It will be held at any time between 11:00 and 18:00 during the "Sony Aquarium 2019" period.

You can participate in the lottery for Okinawa travel, JTA airline tickets, etc. by collecting the stamps installed at 4 locations: Ginza Sony Park site and GINZA PLACE site. Please participate in the stamp rally while enjoying the events at each venue.

【About the Ginza Sony Park Project】

It is a project to renew the former Sony Building, which has continued since 1966, after two phases. In the first phase, we will further expand the public space (Sony Square) next to the Sony Building entrance, which has continued as the Ginza garden since its establishment, and open the Ginza Sony Park for a limited period until the fall of 2020. In the second phase, we plan to complete a new Sony Building in 2022, a new concept that extends the Ginza Sony Park Park concept to the upper and lower floors.