Wako's 2019 Christmas display is a large-scale installation in collaboration with designer Yuri Suzuki (Pentagram Design), who is active around the world, mainly in London.

Wako Inc. (Ginza, Chuo-ku) is holding “WINTER IN WAKO” until December 25 (Wednesday). Three large display windows on the central, east and west sides of the main building facing the Ginza 4-chome intersection. I see you. The original story of the Wako clock tower and chimes set in the Christmas Ginza, where many things and things gather, is applied to analog stories such as moire discs, plaxinoscopes, and zotropes, and the people walking around the city walk through the stories. We aimed to create an unprecedented animation (video) control.
Please enjoy the Christmas display that expresses playful Ginza, where Mr. Moonman, stars, animals playing musical instruments, etc. come from space, with the theme of “hospitating all the people who visit Ginza (* 1)”. . 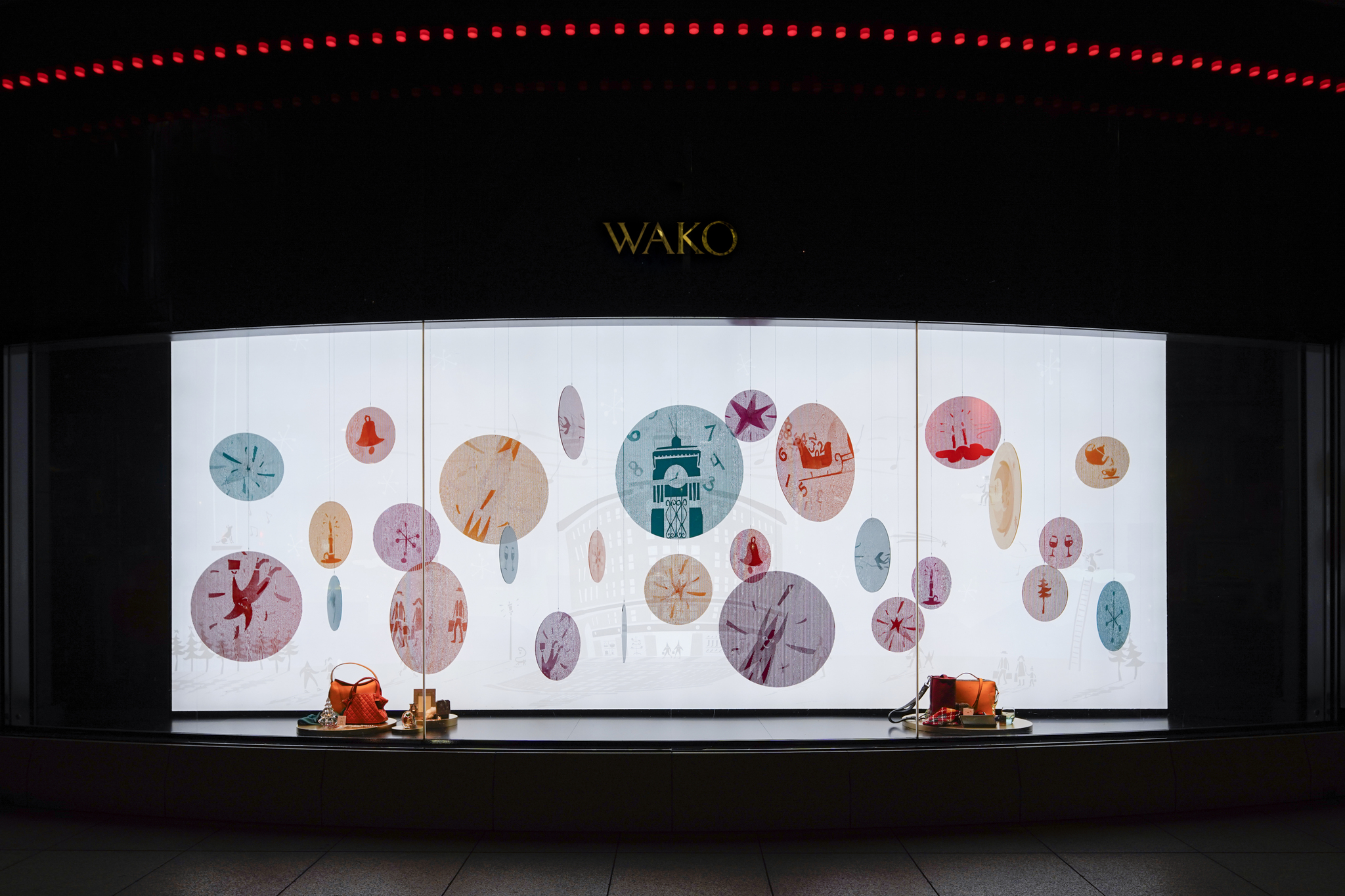 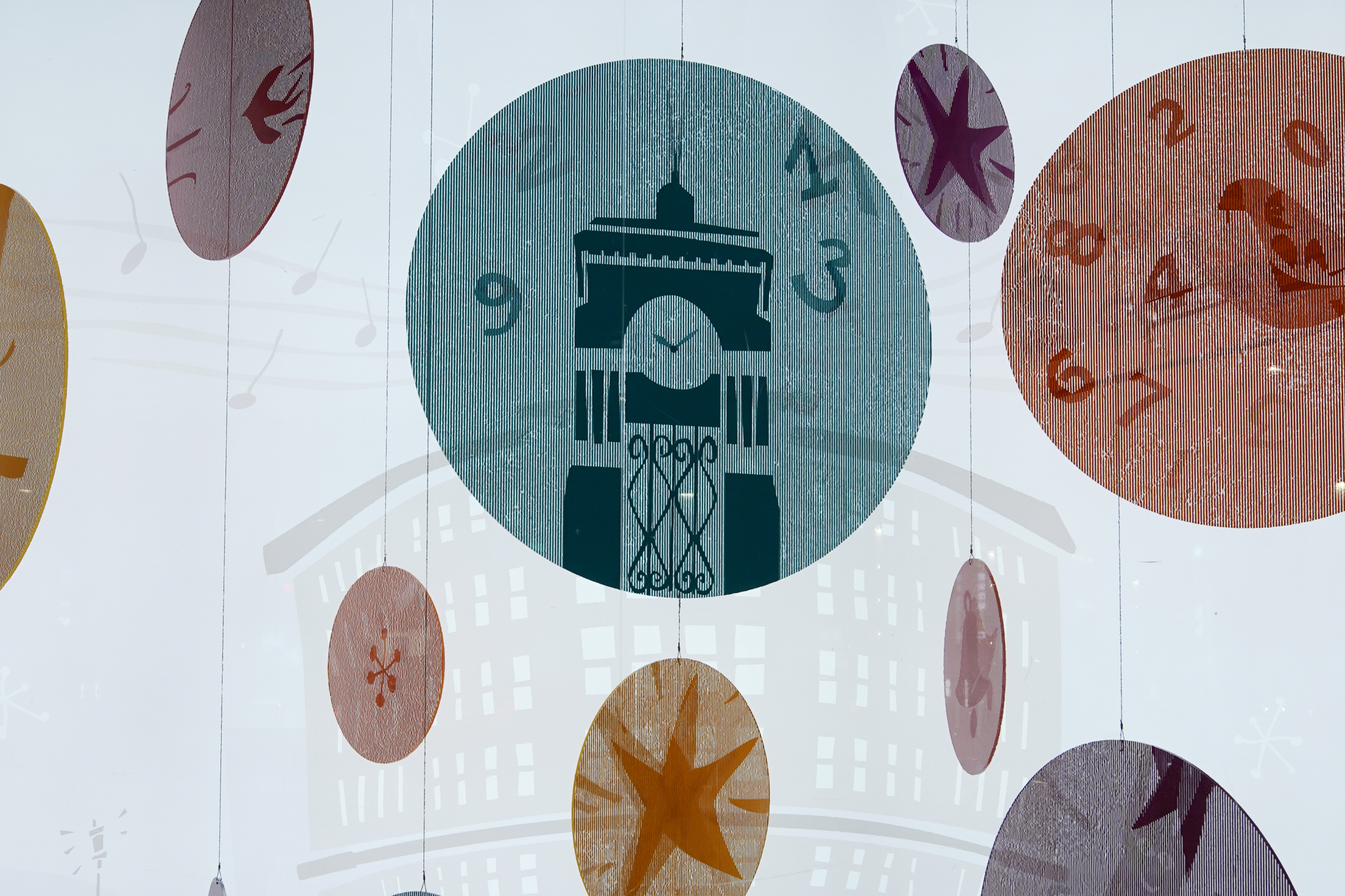 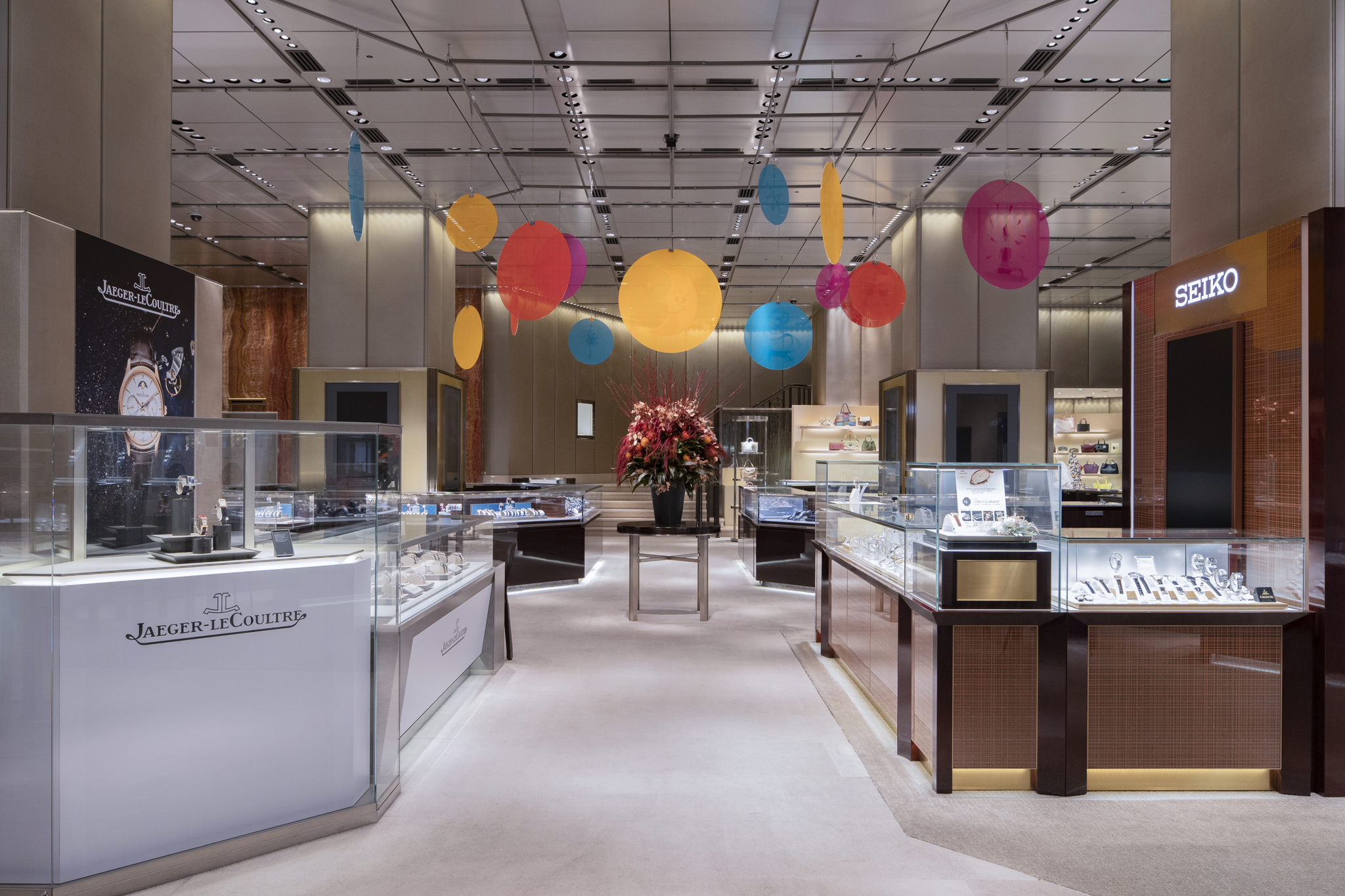 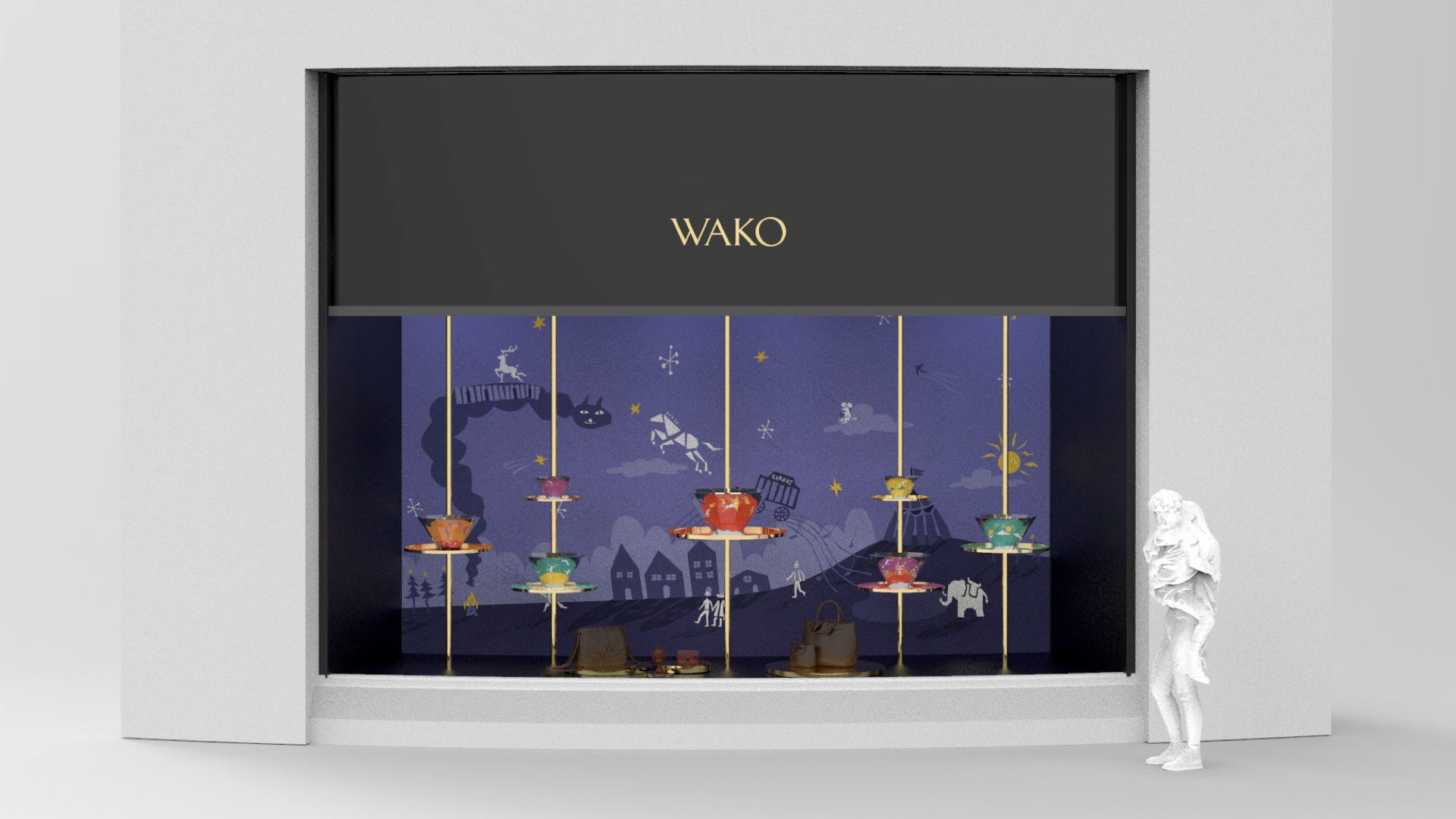 Main building west window “Stars are preparing to fly to Earth to shop in Wako.”
The stars are getting ready to jump to the earth and go shopping in Wako. ” 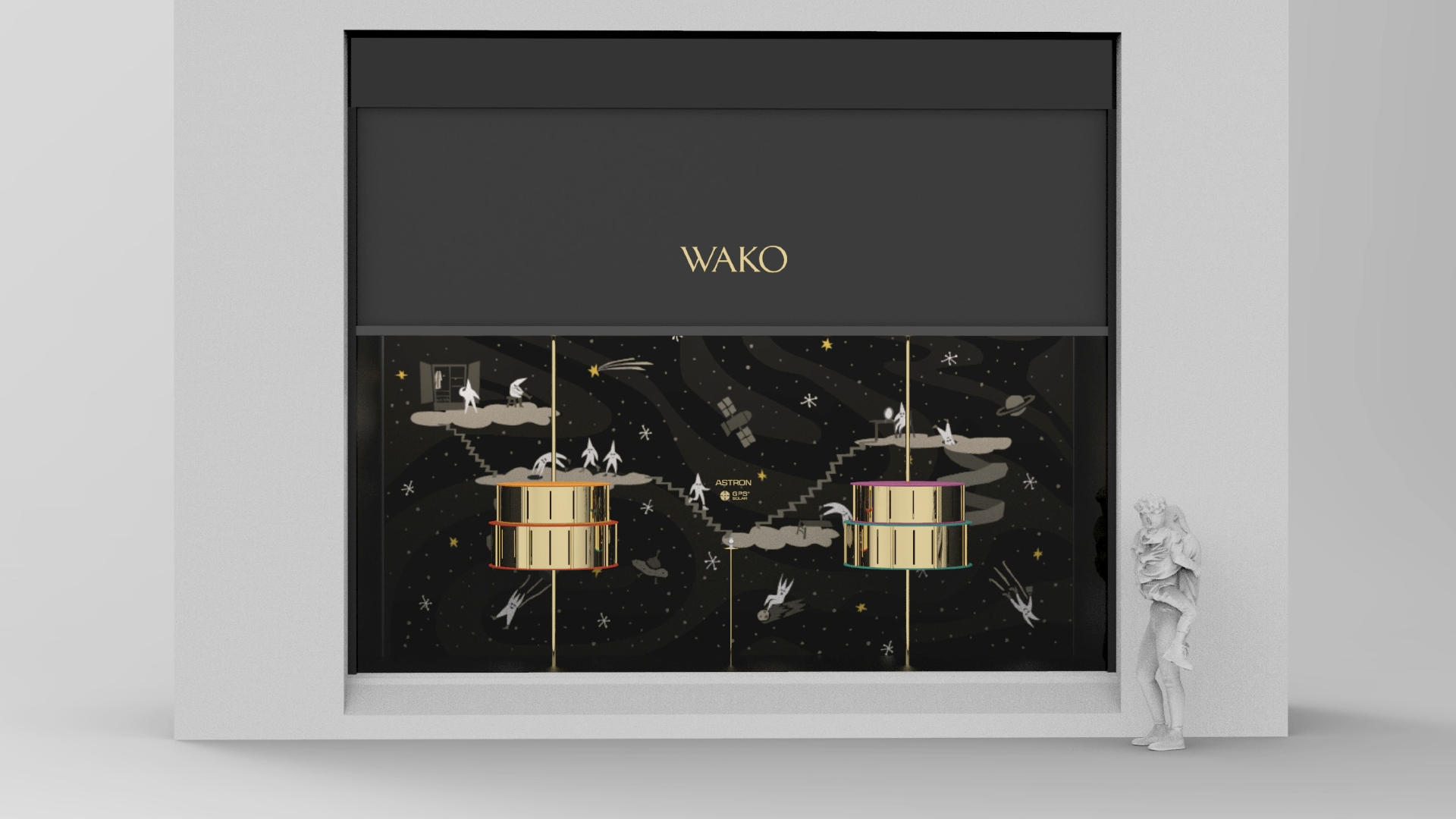 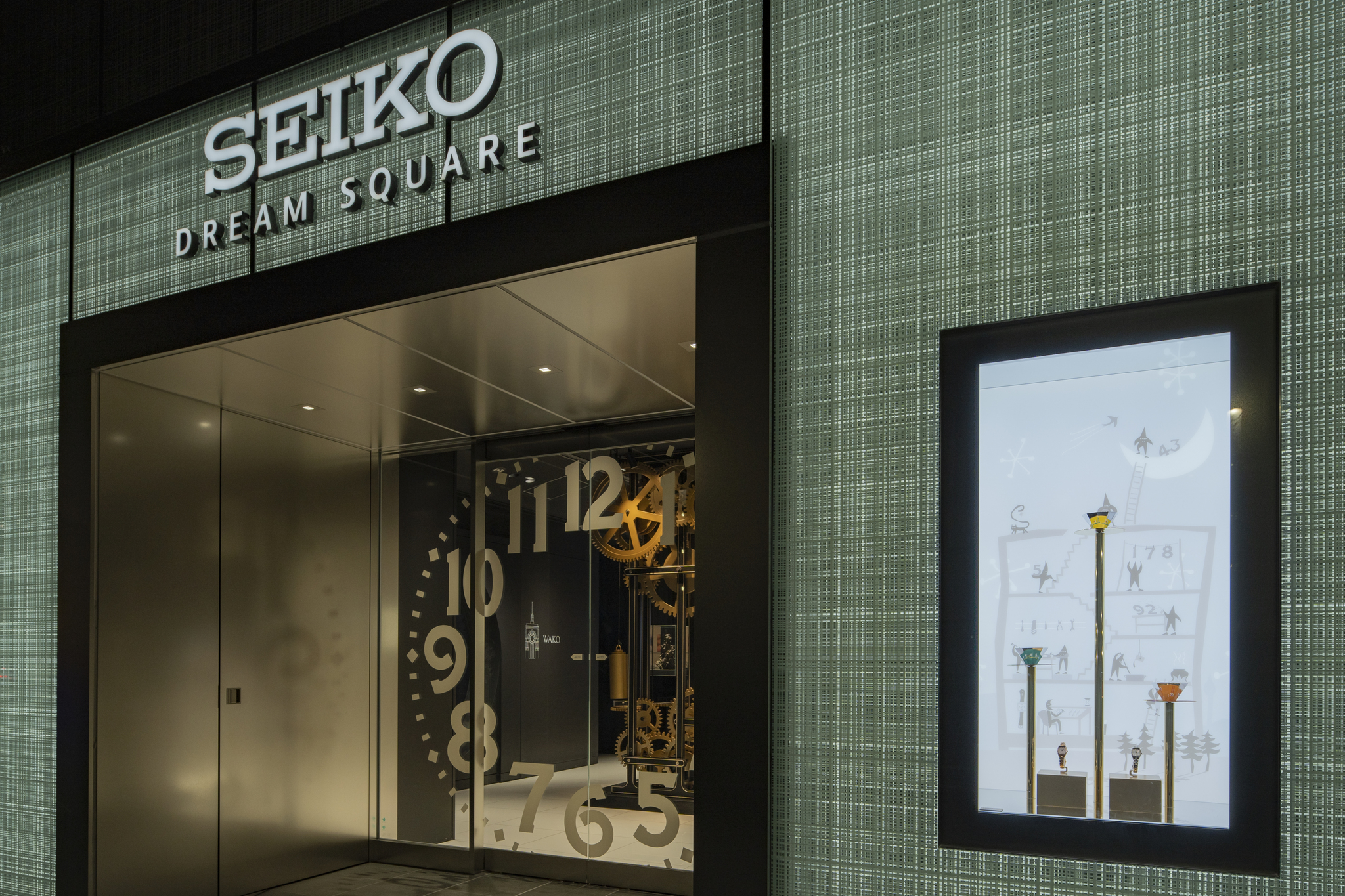 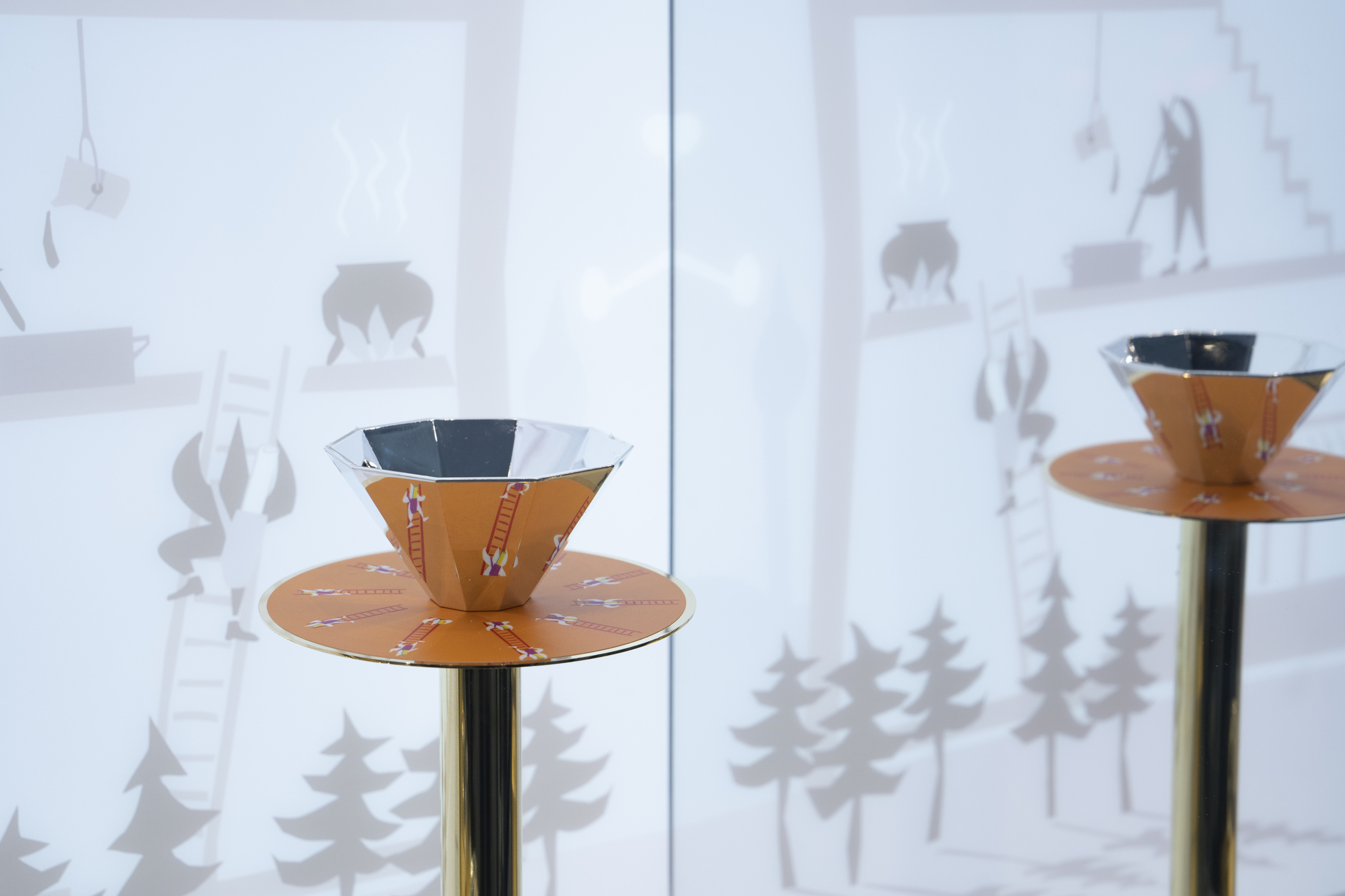 Christmas Card November 7 (Thu)-December 25 (Wed)
We give Christmas gift to customer who purchased. 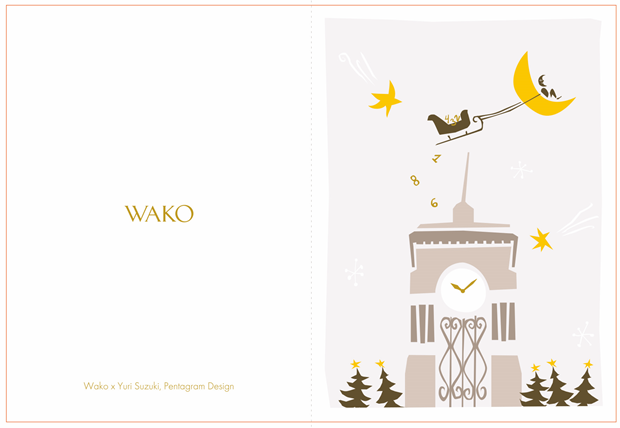 * 1 The policy that has been pierced by Wako's show window is to “treat all people who visit Ginza”. The Wako show window is not only the face of the store but also part of the city's expression. We are trying to be a cultural presence that will entertain and resonate with the eyes of Ginza, the center of Japan, as well as promotions and product introductions.

・ Yuri Suzuki has selected the universe as a universal beauty motif from “Beauty” in 2019.
・ Yuri Suzuki / Born in Tokyo in 1980. He received a master's degree in design and product studies from the Royal College of Art (RCA) in London. As an artist who designs sound and experience, he is known for a variety of activities from installation to interaction and product. Design Miami received the Design of the Future award. His works are exhibited at world famous museums and festivals such as MoMA and Tate Gallery. In 2018, he became a Pentagram partner. Currently working in London.
http://yurisuzuki.com 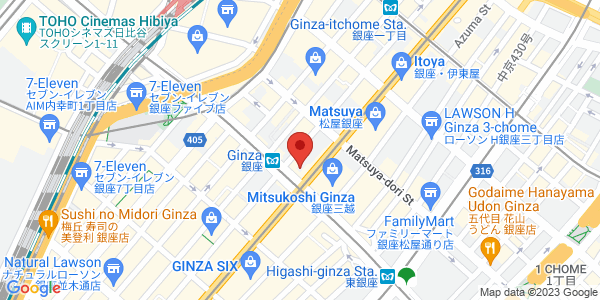