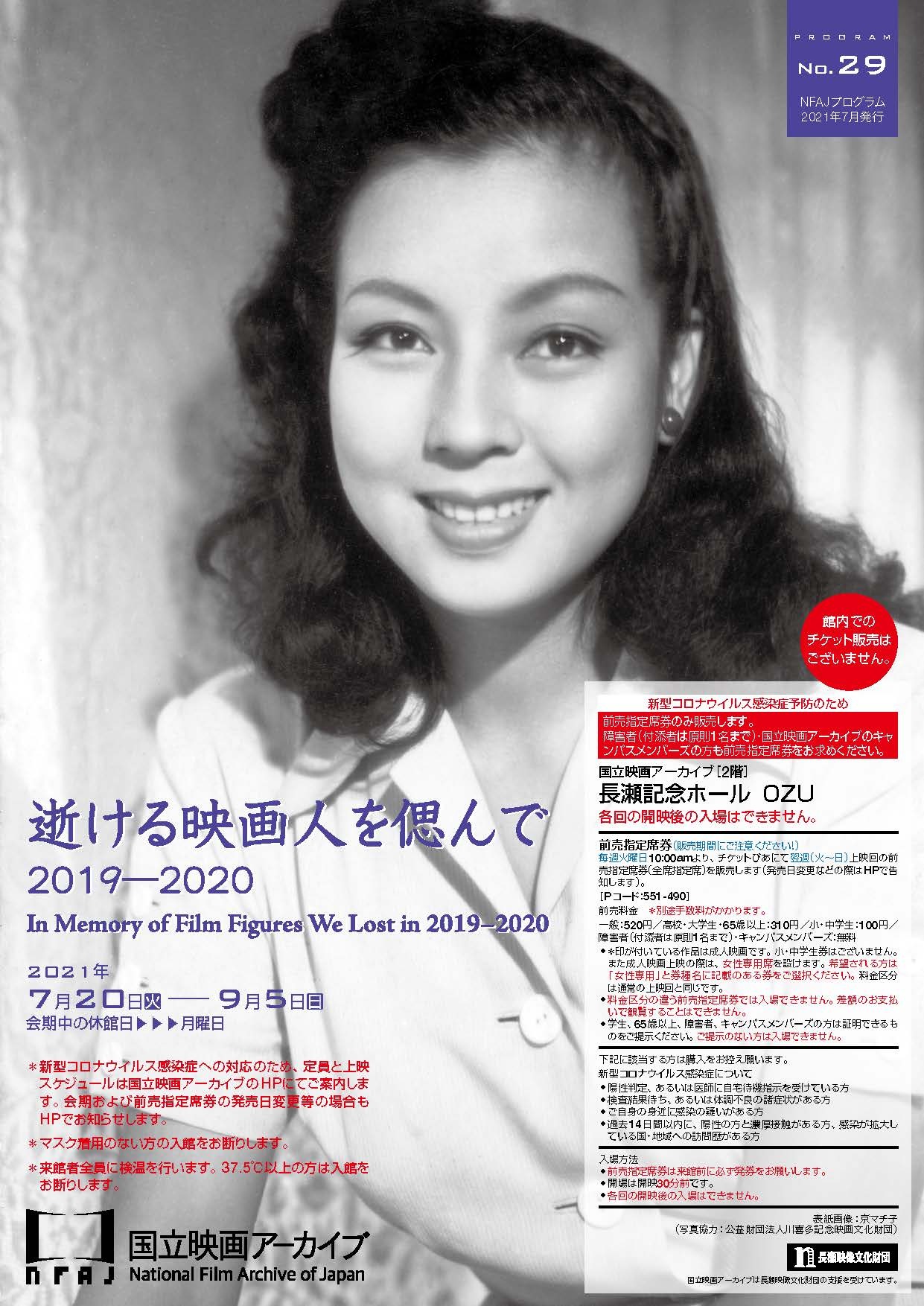 A memorial screening project in memory of more than 70 filmmakers

At the National Film Archive of Japan, a project "In Memory of the Dead Filmmakers" was held for two years to commemorate the regrettable and dead filmmakers by showing their representative works, which has built a brilliant history of Japanese cinema. It will be held for the first time. In the last two years, Japanese cinema has lost many irreplaceable people.

In this special feature, we will take up the people who passed away between January 1, 2019 and December 31, 2020, including Machiko Kyo, Tetsuya Watari, Azuma Morisaki, Nobuhiko Obayashi, actors, producers and directors.・ We will review and commend the achievements of more than 70 filmmakers, including the staff who worked on scriptwriting, shooting, lighting, recording, art, etc., through the screening of the works.

During the exhibition period, all 57 works of various genres such as feature films, documentaries, and animation will be screened in 55 programs. 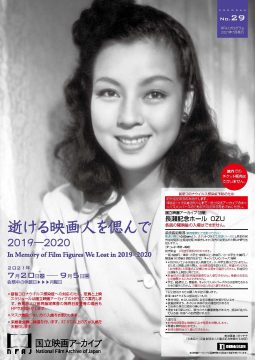 (* Marks are designated by adults. Women-only seats will be provided for the screening.)

In memory of Iker filmmakers 2019-2020 (In Memory of Film Figures We Lost in 2019 -2020)
Date: July 20th (Tuesday) -September 5th (Sunday), 2021 * Closed on Mondays Venue: National Film Archive Nagase Memorial Hall OZU [2nd floor]
HP: https://www.nfaj.go.jp/exhibition/yukeru202106/
Inquiries: 050-5541-8600 (Hello dial)
Fees: General 520 yen / High school / university students / 65 years old and over 310 yen / Elementary / junior high school students 100 yen / Persons with disabilities (up to 1 attendant in principle) / Campus members are free [P code: 551-490]
* From July 13th, every Tuesday from 10:00 am, advance reserved seat tickets for the next week's (Tuesday-Sunday) screening will be sold at Ticket Pia. Please note that the release date of the same work will differ depending on the screening date.
* Only reserved seat tickets sold in advance will be sold. Tickets are not sold in the hall.
* Persons with disabilities (up to one attendant in principle) and Campus members of the National Film Archive of Japan are also required to purchase reserved seat tickets in advance.