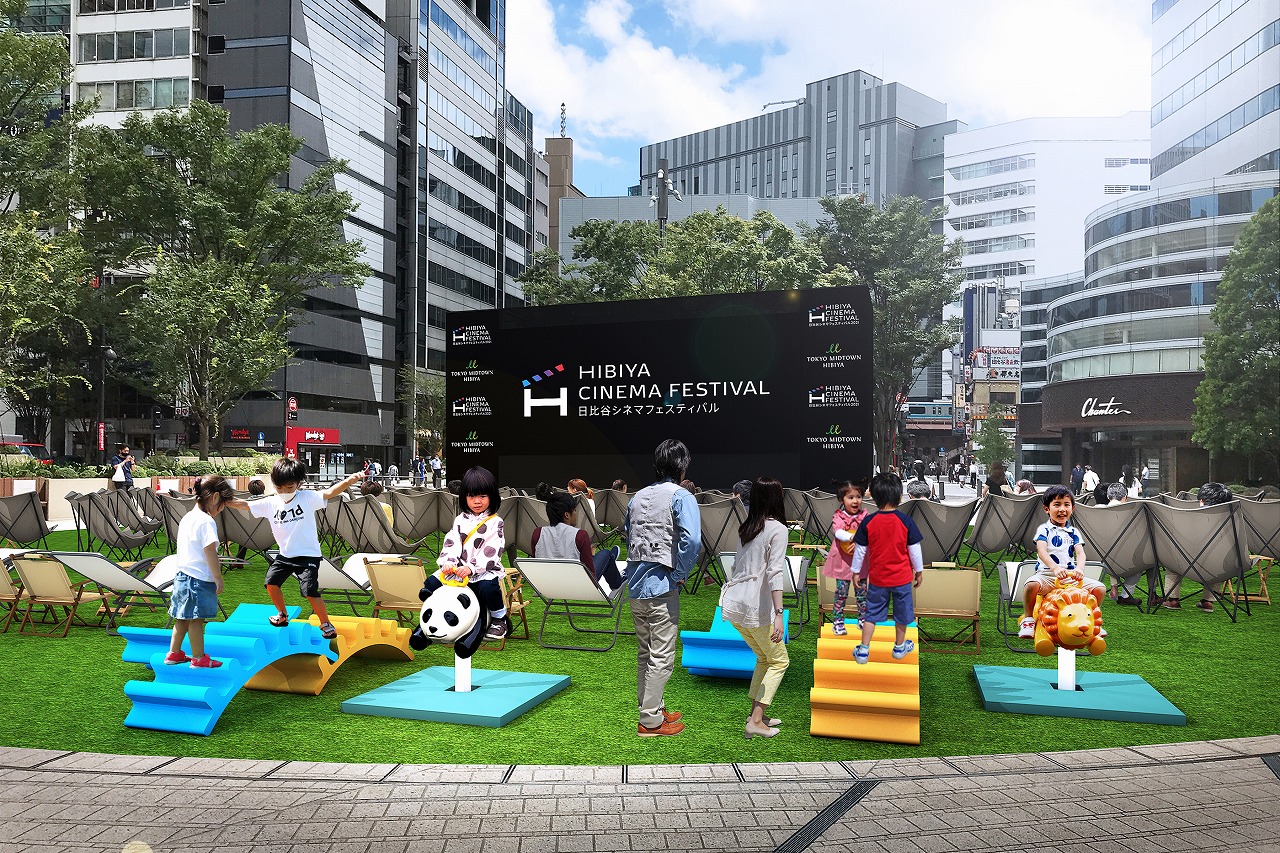 ・ At the first "Park Cinema", there will be family seats where the family can monopolize the playset!
・ The special talk of the director I admired will be delivered live online "Toronto Japan Film Festival in Hibiya"
・ Successive magazines of the 102-year-old movie magazine "Kinema Junpo" are coming to Hibiya!

In consideration of the infection status of the new coronavirus infection, this event may change the contents of the plan or cancel the event. Thank you for your understanding. Please check the event special site (scheduled to be released in late September) for the latest status.

Tokyo Midtown Hibiya (Yurakucho, Chiyoda-ku, Tokyo, operator: Mitsui Fudosan Co., Ltd.) will hold "HIBIYA CINEMA FESTIVAL 2021" from October 22nd (Friday) to 29th (Friday). increase.
"HIBIYA CINEMA FESTIVAL", which has attracted a total of about 3.5 million people over the past three years and is celebrating its fourth year, is an event that "proposes new ways to enjoy movies from various perspectives" without taking a competition format.

At "Park Cinema," which will be held at the beginning of this year , new family seats will be set up for families to enjoy as a new initiative to enjoy movies more safely and comfortably. In the open-air environment of the movie city of Hibiya, not only can you enjoy movies for free while taking measures against infectious diseases, but you can also experience a different movie with parents and children while playing in a space like a small park. can do. Also, for the third time this year, "Toronto Japan Film Festival in Hibiya" , in addition to watching new Japanese movies with English subtitles, the director's talk show will be delivered live online . In addition, it is a week where you can enjoy a movie experience unique to Hibiya, such as the magazine exhibition "KINEJUN Library in Hibiya" of successive "Kinema Junpo" which celebrated its 102nd anniversary this year.

From October 30th (Saturday) after the end of this event, the "34th Tokyo International Film Festival" will be held in Hibiya, Yurakucho, and Ginza from this year. Why don't you enjoy the movie experience that can only be done in the city of Hibiya, where the whole city is dyed in the movie.

At Hibiya Step Plaza, the space "Park Cinema", which is a fusion of playset and cinema, will appear for the first time . The screening works are a lineup of blockbuster movies that you want to watch with your children. And in addition to the special bleachers that you can enjoy with wood chairs, this year we will set up a new box seat with tables, chairs and playsets on the lawn, commonly known as "family seats" ! For families who have had difficulty watching movies for a long time and have been unable to visit the cinema, the bright open air is a relief. We propose a new movie experience that children can enjoy without getting bored and adults can relax.
Enjoy a movie experience under the blue sky while relaxing as if you were in a park in the center of the city. 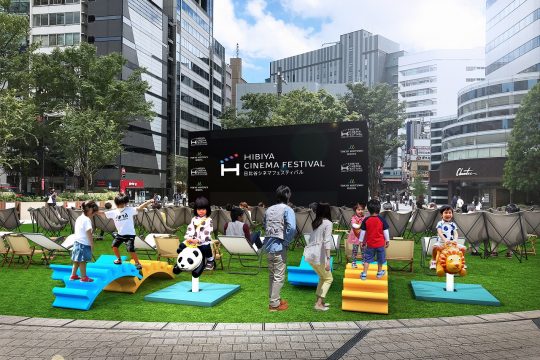 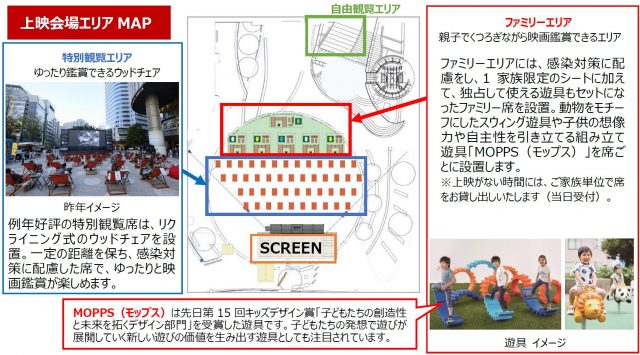 There are also works that are nostalgic for adults! A selection of blockbuster films that everyone wants to see with their children, including "The Goonies," "Charlie and the Chocolate Factory," and "Minions," will be screened. 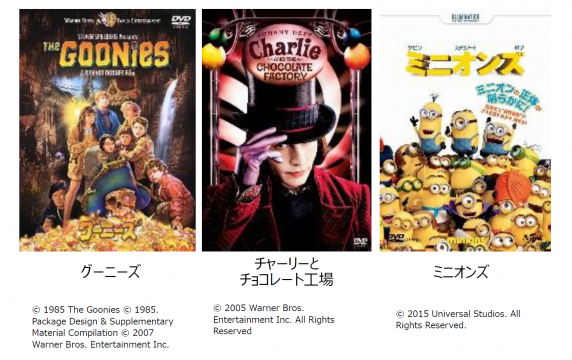 ● Other lineup "Ghostbusters" and others

"Toronto Japanese Film Festival in Hibiya" where you can enjoy Japanese movies with English subtitles. This year's third event is a rare event in which popular films are selected from the lineup screened at the "Toronto Japanese Film Festival" held in Canada in June and screened in the form of a reimport. The director's talk session will be decided before the screening this year as well! The lineup is full of attention from around the world, with director Daiku of "Hold Me Back", who won the Audience Award at the 33rd Tokyo International Film Festival, scheduled to take the stage. And this year, the director's talk session will be streamed live online ! You can enjoy the story behind the shooting of the valuable director at the venue or at home. 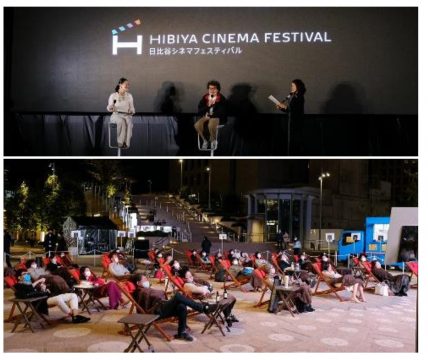 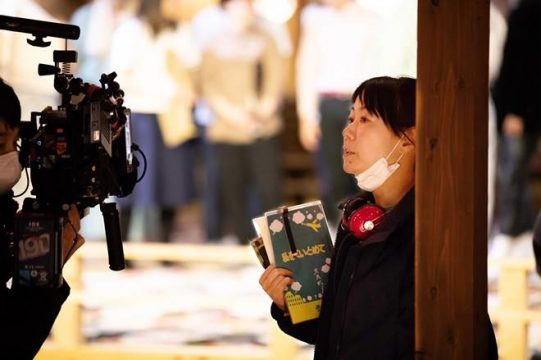 Director Akiko Ohku <br /> Graduated from the Faculty of Political Science and Economics, Meiji University. Entered Eigabi School, which opened in 1997, as the first student. Since his debut feature film "Koi Suru Madori" in 2007, he has directed "Tokyo Mujin Girls' Story" (12), "I'm Home, Jacqueline" (13), and "Dele Girls" (15). In the movie "Tremble All You Want" (17), which was originally written by Risa Wataya and starred by Mayu Matsuoka, she directed and wrote the script, and won the Audience Award in the Tokyo International Film Festival competition category. "If a beautiful woman tries to get married" (2019) "Give up with sweet sake" (2020), etc.

The director's work and schedule will be announced at a later date. looking forward to!

[How to enjoy it]
It is unique to this film festival to watch the movie from the perspective of how the unique conversational expressions spoken in the movie are translated with English subtitles. Enjoy the reimported Japanese movies!

What is "Toronto Japanese Film Festival"? Http://torontojff.com/
The Toronto Japan Film Festival is a film festival mainly held by the Japanese Canadian Cultural Center (JAPANESE CANADIAN CULTURAL CENTRE = JCCC) in Canada. This year marks the 10th time. At the Toronto Japan Film Festival (TJFF), with the goal of introducing knowledge about Japanese culture to the general public, works that have been highly evaluated by audiences and film critics in Japan, as well as overseas film festivals and the Japan Academy Prize. We are showing popular Japanese movies such as award-winning works. Most of the works have been premiered in North America, Canada or Toronto, and directors and performers from Japan are also on stage to promote them. It will be held online in June in 2021 as well .

The movie magazine "Kinema Junpo", which was first published in 1919 (Taisho 8), is said to have the longest history in the world. From "Kinema Junpo", whose panel exhibition was very popular last year, successive magazines are coming to Tokyo Midtown Hibiya this year! Its name is "KINEJUN Library in Hibiya". This is your chance to see a number of valuable magazines.
Please spend an elegant time immersed in the history of the movie. 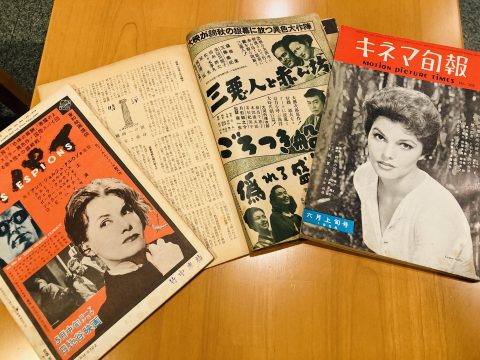 HIBIYA CINEMA FESTIVAL is a participatory film festival that will be held for the fourth time this year, "proposing new ways to enjoy movies" from various perspectives. We provide opportunities to feel and enjoy movies more closely through various things related to movies, centering on watching movies with a large outdoor vision, which are usually watched in a quiet space.

* Details of the event will be released on the special website below from the end of September.
URL: https://www.hibiya.tokyo-midtown.com/hibiya-cinema-festival/

<Countermeasures against infectious diseases>
・ Customers are requested to measure the temperature before coming to the museum and wear a mask when visiting the museum.
・ Three measures to prevent the spread of infection ・ Hygiene measures (installation of disinfectant, cooperation to secure social distance, etc.)
We are carrying out.
Click here for details https://www.hibiya.tokyo-midtown.com/jp/news/4997/

Contribution of Mitsui Fudosan Group to SDGs
https://www.mitsuifudosan.co.jp/corporate/esg_csr/
Based on the principles of "coexistence and coexistence," "linkage of diverse values," and "realization of a sustainable society," the Mitsui Fudosan Group aims to create a society in which both people and the earth are enriched, and the environment (E) and society. We are promoting business promotion that is conscious of (S) and governance (G), that is, ESG management. By further accelerating the ESG management of the Group, we believe that we can greatly contribute to the realization of "Society 5.0" advocated by the Government of Japan and the achievement of "SDGs".
* The efforts of this release contribute to two goals in the SDGs (Sustainable Development Goals).

<Past related articles>
Join the campaign and get Remize goods that you can only get now! Tokyo Midtown Hibiya & Hibiya Chanter now offers a collaboration menu with the musical "Les Miserables"!

[Tokyo Midtown Hibiya] Online live distribution of "Hibiya Festival 2021" to enjoy the heat of the theater at home has started!

[Tokyo Midtown Hibiya] The enthusiasm of the theater, sometimes to the town! "Hibiya Festival 2021" to enjoy entertainment with the greenery of the city starts on April 29