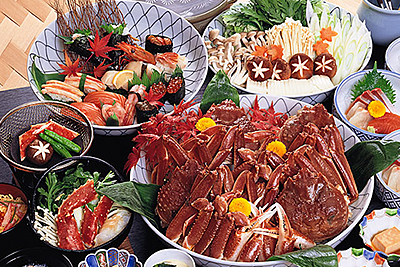 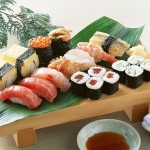 The representative of Japanese cuisines. The most famous one is nigiri-zushi, made by placing a slice of fish or a whole piece of fresh seafood on top of hand-formed seasoned rice (shari). There are also other types of sushi, including chirashi-zushi and maki-zushi. Pour soy sauce in a small plate, and then dip a small portion of the fish (or other materials on top of the rice) in soy sauce before eating. Hands or chopsticks may be used. Sushi chefs are referred to as craftsmen, and in high-class restaurants, the prices are sometimes not displayed. 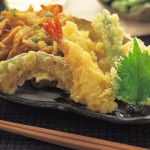 The representative of Japanese cuisines. Ingredients such as seafood, vegetables or edible wild plants are dipped in a batter made from flour mixed with egg, and then deeply fried up in oil. It is eaten with tempura sauce, soy sauce or salt. As with sushi, there are tempura craftsmen and specialty restaurants. Tempura rice bowl is called ‘ten-don.’ 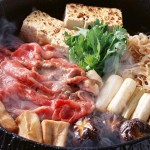 This is a Japanese dish also referred to as ‘gyu-nabe.’ Ingredients such as thinly sliced beef, green onions, crown daisy leaves, shiitake mushrooms and tofu are simmered in a salty-sweet soup in a shallow iron pan. It is dipped in beaten egg when eating. The ingredients and style of eating differ depending on regions. 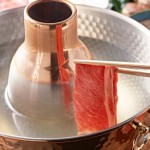 Shabu shabu is a type of Japanese hot pot. You dip and quickly heat thinly-sliced meat in boiling broth and eat it with sesame or other flavored sauce along with boiled vegetables, etc. Usually the meat used is beef, but there is a rich variety such as pork “buta shabu,” chicken “tori shabu,” and seafood “gyokai shabu.” 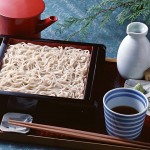 Soba is a thin noodle made from buckwheat grains, and udon is a thick noodle made from flour. They are served in soy-based broth or as chilled noodle with dipping sauce. You can choose from chilled or hot broth. 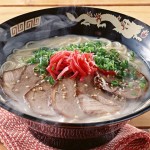 Popular Japanese food, the Japanese-Chinese-style noodle soup called Ramen is supposed to be slurped. There are 4 main flavors of soup: soy-, miso-, salt- and tonkotsu- (pork bone broth) based. 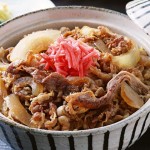 Popular Japanese food. Sweet-and-salty cooked boneless beef rib slices and onions on top of rice in a bowl. It is served in restaurant chains such as Yoshinoya and Matsuya.