There are many stores that sell Japanese-style goods and articles in Ginza. How about getting them as souvenirs from Japan? 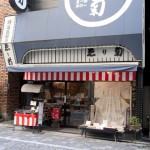 It is a kimono store, but it also carries a rich variety of small articles that go well with kimono. You will find stylish small articles such as eyeglass cases and cell phone cases that will look great when you are wearing kimono or any other dress.
・Ginza Yamatoya 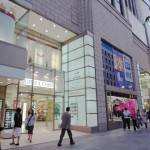 This is a branch store of Masuiwaya with its main store at Ginza 6-chome. It also sells fans and geta sandals as small articles that go well with kimono.
・Matsuya Ginza 7th floor 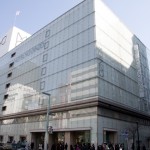 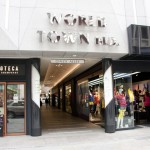 Engiiiya is located on the first floor of Ginza Core Building and sells a variety of lucky charms. When in season, they sell charms for luck in entrance examinations. If your relative is a student preparing for an entrance examination, you may find a nice gift in this store.
・Ginza Takumi 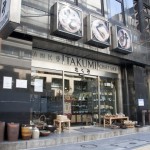 The store sells folk craft articles of various places in Japan. The first floor is mainly for ceramics and the second floor dyed articles. There is also a wide variety of other goods, including bamboo ware and metal ware, and moreover, cushions and neckties for everyday use.
・Kyukyodo 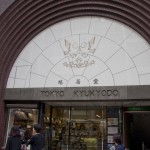 Established in 1663, Kyukyodo is a well-established store where you can find Japanese specialties such as incense, painting/calligraphy goods and Japanese paper items. 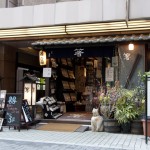 Natsuno specializes in chopsticks. A variety of chopsticks is densely displayed in the store. It also sells other Japanese-style tableware and an independent section, Gallery Mon, is set up on the 3rd floor for ceramics. The branch named Konatsu that specializes in Japanese-style tableware for children is located on the 6th floor of the same building.
・Ginza Natsuno, Namiki-dori store 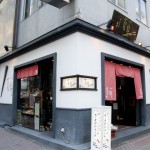 This is a branch store on Namiki-dori of Natsuno, a store located on Nishi Gobangai-dori that specializes in chopsticks. The store sells a wide variety of chopsticks and other Japanese-style tableware for gifts and souvenirs.
・Ginza Mikawaya 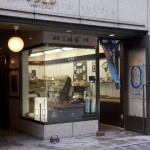 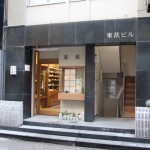 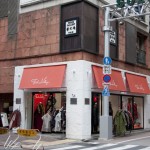 The gallery sells bizenyaki (sometimes called inbeyaki) of Okayama Prefecture that features a touch of earth without glaze. There are many works from the workshop of the company in Okayama as well as those created by bizen artists.
・Ginza Takumi 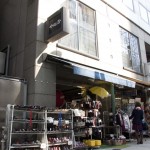 This is a footwear store located next to Ginza Shimaya. Boots and other ordinary footwear are displayed on the storefront, but if you go further into the store, you will find zori and geta sandals, which is unique to Ginza. Japanese-style small articles are also sold, although not many.
・Ginza Yoitaya 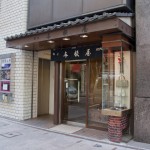 Yoitaya is a traditional footwear store established back in 1877. The store carries a variety of footwear from geta and zori sandals for when you wear kimono to rubber-bottomed geta for daily use. The shop assistant will change hanao thongs upon request to suit your taste.
・Ginza Awaya 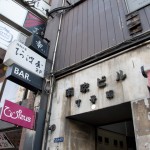 When you visit Awaya, you may wonder at the fact that such a small store is operating in such a location. But actually, the store has operated since 1871. Zori and geta sandals are sold in the store and you can have hanao thongs changed on the spot to suit your taste.
・Komatsuya 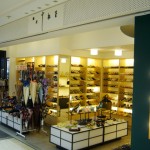 Komatsuya is proud to have filled orders from the Empress and branches of the Imperial Family. The store sells, in addition to zori and geta sandals, Japanese-style small articles and the highest-quality janome umbrellas made of Mino washi Japanese paper.
・Ginza Zenya, main store 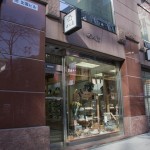 The long-established tabi socks store is only two-storied and surrounded by tall buildings, which makes it rather conspicuous. This certainly is a tabi specialty store, as it carries not only ordinary white tabi but also patterned tabi as well as stringed himotabi and accepts size change orders and orders for custom made tabi.

The sento, a traditional Japanese bath house, has significantly decreased in number in recent years, as the bath for family use has become widely used. There are, however, still 2 sentos in Ginza. A sento used to be a great place for local communication as shown in the phrase “naked communication,” and the feeling still exists. How about enjoying Japanese atmosphere, complying with basic rules, including making sure to wash yourself before getting in the tub, not wearing a swimsuit, and not putting your towel in the tub. It is not a store to buy souvenirs but offers a rare travel experience to talk about later. 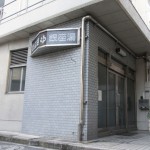 Ginzayu is a uniquely-styled sento with the women’s bath on the first floor and the men’s on the second floor. Moreover, the theme of the mural is not the standard Mt. Fuji, but a different theme for the women’s and another for the men’s bath.
・Komparuyu 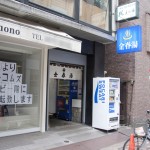 One of the longest established sento in Ginza founded in 1863. The present building was built in 1957 and the theme of the mural is nishikigoi carp. The bath house has a good atmosphere of the Showa Era between 1926 and 1988.
Sharing